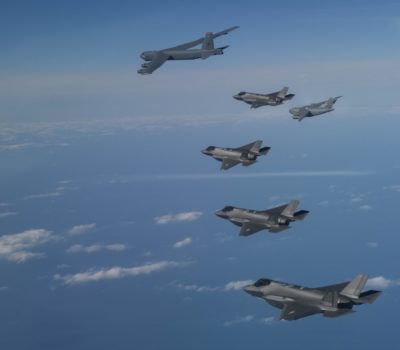 By Greg Hadley
As tensions rise on the Korean Peninsula, a bipartisan commission of academics, ex-diplomats, and former defense officials is recommending the U.S. and South Korea begin “pre-decisional” discussions about what it would take to redeploy tactical nuclear weapons to the region—even as the group maintains that such a move is not needed under the current conditions. The Center for Strategic and International Studies’ Commission on the Korean Peninsula released its report and recommendations Jan. 19, noting “uncertain times” and a “perilous landscape” for the U.S.-South Korean alliance. 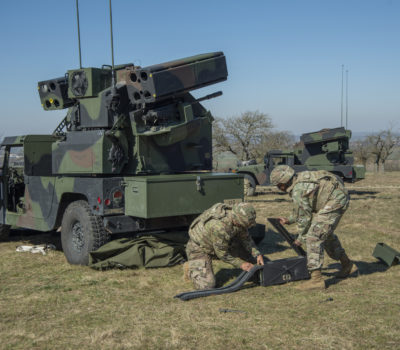 By Chris Gordon
On the eve of a pivotal meeting on how to help Ukraine respond to Russia’s nearly yearlong invasion, the Biden administration announced a $2.5 billion military aid package Jan. 19, which will send Stryker armored personnel carriers for the first time and also provide “critical support for Ukraine’s air defense,” according to the Department of Defense. Armored forces and air defense are likely to be the top focus of the meeting of the Ukraine Defense Contact Group at Ramstein Air Base in Germany, according to DOD officials. 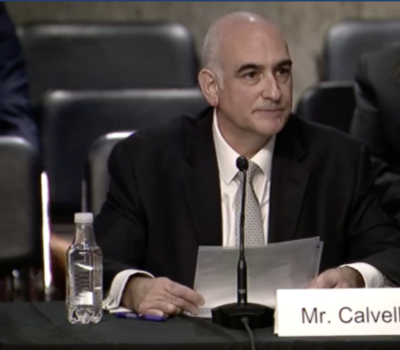 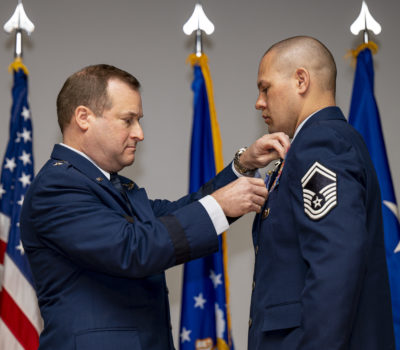 By Greg Hadley
Two Airmen were awarded the Distinguished Flying Cross for their part in in a daring, dangerous hostage rescue operation in Africa more than two years ago. Three others on the mission received Air Medals. The awards were presented at a Jan. 11 ceremony at Kirtland Air Force Base, N.M. Maj. Kyle Konkolics and Senior Master Sgt. Christopher Reedy received DFCs, the military’s fourth-highest award for heroism, for a short-notice mission in Northern Nigeria, where they rescued Philip Walton, a 27-year-old U.S. citizen who had been abducted in neighboring Niger, according to a contemporaneous report.

In Episode 111 of the Aerospace Advantage, host John Baum chats with retired Air Force Lt. Gen. David Deptula, Todd Harmer, Anthony Lazarski, and Tim Ryan. The churn in the House of Representative as members struggled to elect the Speaker of the House has implications for defense—the conversation breaks down key perspectives. The panelists also discuss the latest F-35 contract and how new pricing will impact the future of the program. The team also assesses challenges and opportunities for the Space Force in 2023, and the conversation wraps with an update regarding factors to consider as fighting continues in Ukraine.

Modernizing the Pentagon’s satellite communications (SATCOM) capabilities into a “resilient enterprise” will take a phased approach led by several of the Pentagon’s agencies and commands, according to a new plan released by the Defense Department’s chief information office. The Enterprise Satellite Communications Management and Control (ESC-MC) Implementation Plan, published Jan. 18, “provides the foundational capabilities necessary for the on-going Future SATCOM Force Design, including increased reliance on commercial SATCOM and stronger partnerships with our allies, as the Department builds out and executes Joint All Domain Command and Control (JADC2).”

The long-term viability of a Defense Innovation Unit effort to vet commercial drones for military use and make it easier for the services to buy of off-the-shelf technology may be hampered by a lack of stable funding. DIU, a Pentagon organization that partners with the military services to field commercial technology, created Blue UAS in 2020 to establish a streamlined process for the Department of Defense to certify U.S.-made drones for military use.

With Starshield, SpaceX Readies for Battle

Now that SpaceX has established itself as a leading provider of U.S. national security launches, it is seeking a bigger share of the defense market with a new product line called Starshield. SpaceX quietly unveiled Starshield last month offering defense and intelligence agencies custom-built spacecraft, sensors, and secure communications services leveraging SpaceX’s investment in its Starlink network of broadband satellites.

The U.S. Air Force has confirmed that a recent and unusual flight by its WC-135R Constant Phoenix 'nuke sniffer' jet, a converted KC-135 tanker, over the Atlantic Ocean off the coast of South America was the first time it has conducted an air-sampling sortie outside of the Continental United States. Constant Phoenix aircraft regularly conduct missions to gather data that can be used to help keep watch for unusual spikes in atmospheric radiation. The planes can also be used to help gather data after nuclear weapon tests or other radiological incidents and track the spread of potentially dangerous radioactive material.

Touting the efficiency of the Pentagon’s ability to provide lethal aid to the frontlines in Ukraine, one top official said the Defense Department is using artificial intelligence to bring disparate data together and figure out what the Ukrainian military will need next. U.S. European Command is using AI to match Ukraine’s needs with what the United States, NATO and other allies can provide, said Brig. Gen. Chad Raduege, director of command, control, communications and computers/cyber directorate and chief information officer for EUCOM.

Donors in 2022 made it a record year for philanthropic support for the United States Air Force Academy (USAFA) with more than 7,500 donors contributing $51.7 million to support a wide range of USAFA initiatives. These private donations enhance the educational and leadership opportunities necessary to fully develop future officers for the USAFA. Philanthropy created an impact across the USAFA throughout 2022, funding projects and improvements around the academy.

The Army should consider stockpiling critical weapons parts to avoid replenishment delays in the event of a conflict, the service’s top uniformed leader said Jan. 18. Since Russia invaded Ukraine last February, the United States has pledged some $24.9 billion worth of weapons to Kyiv, from 155mm howitzer rounds to missiles, which, coupled with supply chain problems, has raised concerns about defense companies’ ability to restore stocks before the next conflict.

Parents: Here’s Your Chance to Speak Your Mind about DOD Schools

Parents of students in schools operated by the Defense Department around the world can now participate in a survey about the quality of education in their school and areas that need improvement. The voluntary and anonymous survey is open through Feb. 4. Sponsors or spouses of the approximately 67,000 students enrolled in pre-kindergarten through 12th grade can participate in the Department of Defense Education Activity Stakeholder Feedback Survey.