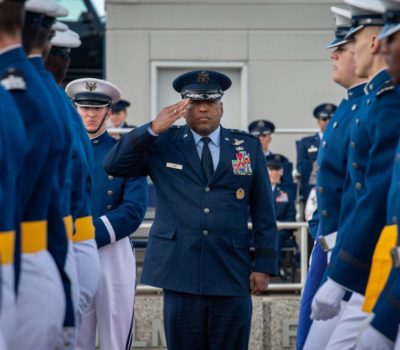 By Greg Hadley
The Air Force Academy has separated 22 students and put 210 on probation as a result of the widespread cheating scandal in the spring of 2020, the Academy’s superintendent told its Board of Visitors on April 13. All told, almost every disciplinary case from the incident has now been resolved, according to a presentation from Lt. Gen. Richard M. Clark. 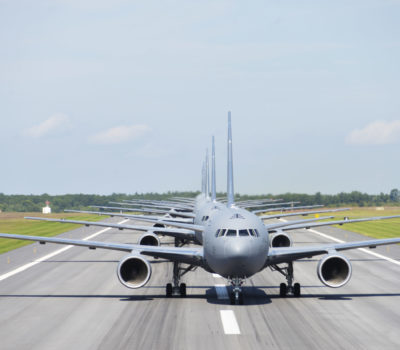 Brown: KC-Y and KC-Z Likely Traditional Tankers; NGAD Has the Range ‘to Go Where it Needs to Go’

By John A. Tirpak
The Air Force probably won’t pursue some exotic approach for the KC-Y and KC-Z tranches of the service's aerial refueling tanker modernization plan, Chief of Staff Gen. Charles Q. Brown Jr. said. The KC-46, “tweaked” with upgrades, can likely do the job for KC-Y, he reported. Still, the Air Force is reassessing the KC-Z, which in initial plans would have replaced the KC-10 with a comparably sized tanker larger than the KC-135 or KC-46. 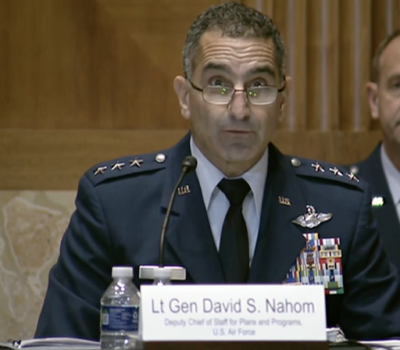 By Tobias Naegele and Abraham Mahshie
Air Force Magazine Editor in Chief Tobias Naegele and Pentagon Editor Abraham Mahshie sat down with Lt. Gen. David S. Nahom, Air Force deputy chief of staff for plans and programs, for an exclusive interview that touched on everything from the the Next Generation Air Dominance platform to the Air Force’s plans to replace the aging AWACS fleet. This is Part 2 of that interview. 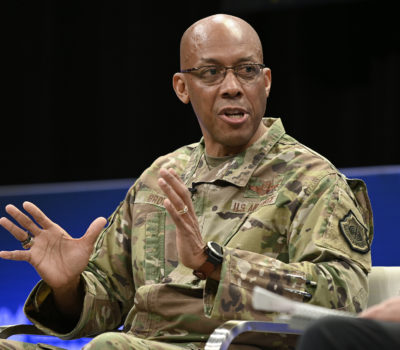 By John A. Tirpak
Russia’s mounting losses of conventional equipment in the Ukraine war—and its likely inability to replace that hardware anytime soon, due to economic sanctions—won't substantively change how the U.S. views the threat from that country, according to Air Force Chief of Staff Gen. Charles Q. Brown Jr. Moreover, “the fact that they’ve struggled conventionally may put the risk of nuclear/chemical/bio use at a higher level. So in some cases, it makes it a bit more unpredictable, and it puts the threat in a different context that we need to be concerned about,” he said.

China said its military staged exercises April 15 to reinforce its threat to use force to bring Taiwan under its control, as U.S. lawmakers visiting Taiwan made a pointed and public declaration of their support for the self-governing island democracy while issuing a warning to China. The six lawmakers met with Taiwanese President Tsai Ing-wen and were also scheduled to meet with the island’s defense minister.

Three candidates were interviewed for the position of superintendent of schools of Hamblen County, Tenn. When the selection process took place, the school district implemented an emergency provision vote which ultimately led to the hiring of Gen. Arnold W. Bunch Jr. to lead the school district as the next school superintendent. The emergency provision suspended a policy that required candidates for the position to possess licensure, education, and experience in the field of school administration.

Just like the fighter pilots they supported, many troops who fueled, armed, and maintained warplanes have suffered from cancer or seen their former colleagues diagnosed with the disease. There’s no data yet on how many ground crew members have gotten sick, but a new bill introduced April 14 would require the Department of Veterans Affairs to identify the cancer incidence in the entire aviation community, as well as what toxins they faced, and whether there could be a link to their illnesses.

The State Department has cleared the sale of 12 AH-1Z Cobra attack helicopters to Nigeria worth nearly $1 billion, apparently after U.S. lawmakers lifted objections over human rights concerns. The Defense Security Cooperation Agency announced the sale of the helicopters and related defense systems to the Nigerian military. The package includes $25 million for human rights-related training.

US and India Launch Talks About Military AI

The U.S. and India have agreed to engage in new talks about artificial intelligence and its use in matters of national security, an outgrowth of the nations’ deepening relationship at a time of sharpened Indo-Pacific focus. News of the inaugural Defense Artificial Intelligence Dialogue came after Secretary of Defense Lloyd J. Austin III and Secretary of State Antony Blinken met with their Indian counterparts, Minister of Defense Rajnath Singh and Minister of External Affairs Dr. S. Jaishankar.

The Air Force’s future fighter is being built with its flight control software completely separated from the software governing its mission systems, a unique feature that the service’s top general said will allow the aircraft to be refreshed with new technologies more quickly. Air Force Chief of Staff Gen. Charles Q. Brown Jr. said the approach for the so-called Next Generation Air Dominance program (NGAD) is one that he believes the service has not taken in any of its previous fighters.

Unlike the other military services, the Space Force faces a key conundrum in both testing new kit and training Guardians to operate current space systems: the inability to stake out an area of outer space for a live testing range. “This is maybe one of the biggest technical challenges that we’re working through right now,” said Maj. Gen. Shawn N. Bratton, the head of Space Training and Readiness Command.

Air University enshrined its first senior enlisted leader graduates, along with officer alumni, into the Chief of Staff and Chief Master Sergeant of the Air Force International Honor Roll during a ceremony at Maxwell Air Force Base, Ala. For the enlisted inductees, Chief Master Sergeant of the Air Force JoAnne S. Bass held an additional ceremony later in the day to dedicate the International Honor Roll wall in the Air Force Senior Noncommissioned Officer Academy on Maxwell’s Gunter Annex, memorializing their accomplishments.

How an Airman Fought Off a Grizzly Bear in Alaska

Getting pinned to the ground by a Kodiak bear is not how most people would like to spend a vacation, but that’s exactly where one Airman found himself while on a hunting trip in Alaska last October. If not for his preparation, mindfulness, and teamwork, all skills he attributed to his military training, Senior Airman Brady Penn and his father Steve may not have made it back alive.

Sixteen North American B-25s, commanded by Lt. Col. James H. "Jimmy" Doolittle, take off from USS Hornet (CV-8) and bomb Tokyo. For planning and successfully carrying out this daring raid, Doolittle is promoted to brigadier general (skipping the grade of colonel) and is awarded the Medal of Honor.