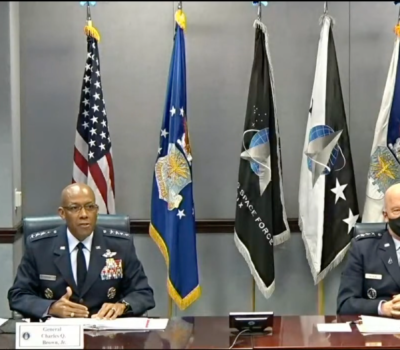 By Greg Hadley
Billions of dollars are on the line if Congress cannot pass a defense appropriations bill in the coming month and instead decides to fund the Defense Department through a continuing resolution for the rest of fiscal 2022, service chiefs and top Pentagon officials warned a House panel Jan. 12. A yearlong CR would impact the Department of the Air Force's ability to adapt to counter China, slowing many of its signature modernization efforts and dramatically cutting the fledgling Space Force's budget as it works to get itself established. 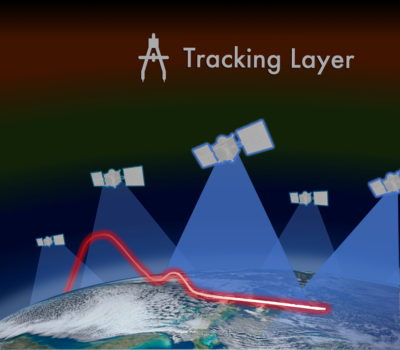 By Amanda Miller
A satellite constellation specially suited to tracking hypersonic missiles could be up and running by 2025. Director of the Space Development Agency Derek M. Tournear laid out the advantages of the Tracking Layer of SDA’s still-envisioned National Security Space Architecture in a virtual talk Jan. 12 hosted by the Mitchell Institute Spacepower Advantage Center of Excellence. Tournear, who explained that maneuverability has brought about the need for infrared tracking to be done closer to Earth, spoke one day after North Korea claimed to have tested another hypersonic missile. 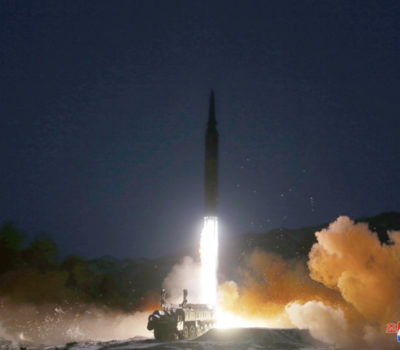 US Imposes Sanctions in Response to North Korean Missile Tests

By John A. Tirpak
The Biden Administration has economically sanctioned five individual North Koreans, a Russian national, and a Russian company in response to six missile tests conducted by Pyongyang since September, which the Administration says violate U.N. Security Council resolutions. The sanctions, which follow a Jan. 11 hypersonic missile test, are meant to undermine help North Korea is getting from other nations and foreign companies in developing long-range missiles. 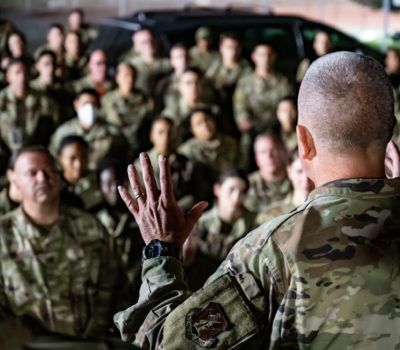 By Amy Hudson
The Air Force on Jan. 12 released a new Enlisted Force Development Action Plan that outlines 28 force development objectives to be completed over the next two years. The objectives are aimed at better preparing Airmen to compete and win in a high-end fight against China or Russia. “Currently, we employ an enlisted force development system that was predominantly built in the 1900s,” wrote Bass and Brown in a letter to Air Force leaders. “While effective for the needs of yesterday’s Airmen, it does not meet the needs of today’s Wingmen, Leaders, and Warriors.” 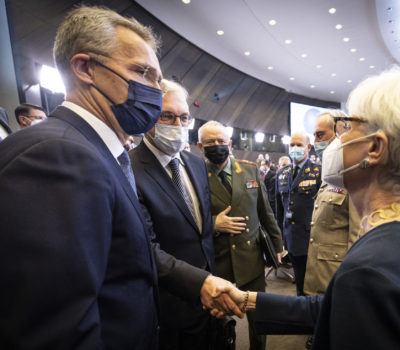 ‘Russia Has a Choice’: NATO Meets with Russia to De-escalate Ukraine Crisis

By Abraham Mahshie
Each of the 30 NATO members took their turn on Jan. 12 giving a Russian delegation in Brussels an earful about the crisis on the border of Ukraine precipitated by Russia’s presence of 100,000 troops. But despite the scolding at the first meeting of the NATO-Russia Council since 2019, de-escalation was not promised and an eastern flank member tells Air Force Magazine they are concerned that the United States will make security concessions to Russian President Vladimir Putin. Head of the U.S. delegation Deputy Secretary of State Wendy R. Sherman said after the four-hour meeting that Russia did not broach the possibility of de-escalation. Sherman also said it is still not clear if the week of intense discussions was ever meant by Putin to be substantive.

Retired Air Force Gen. John Hyten, formerly the vice chairman of the Joint Chiefs of Staff, is awaiting a federal appellate court’s verdict on whether a civil suit against him will proceed to a jury trial on claims that he sexually assaulted then-Army Col. Kathryn Spletstoser in December 2017. Hyten maintains the claims are false, and an Air Force investigation released in August 2019 found no evidence to back up Spletstoser’s allegations. He was therefore not charged or administratively punished and was later confirmed by the Senate as vice chairman.

Officials generally order new military vehicle and device parts for use before those in use break or need to be replaced. Modern constraints on the U.S. and global supply chains intensified by the coronavirus pandemic, however, meant necessary components weren’t so readily available over the last couple of years.

Veterans Affairs officials won’t be mailing out at-home coronavirus kits as demand for the tests skyrockets across America, but they are reminding veterans that department medical facilities can offer free in-person tests in many circumstances.

US Space Force Considers Purchasing Weather Data as a Service

The U.S. Space Force is developing an acquisition strategy to buy weather data as a service and may release an official solicitation later this year. While the Department of Defense has historically relied on its own electro-optical satellites to generate weather data for military operations, those satellites are aging and the Space Force is interested in using commercial providers to supply some of that data instead.

Project Dynamo’s latest set of evacuation flights got another 47 Americans and legal permanent residents out of Afghanistan last month. The group’s chartered planes took off from Kabul and landed at John F. Kennedy International Airport in New York on Dec. 18. Despite that success and others, the group has not been included among the larger #AfghanEvac coalition of more than 150 veterans groups that have been welcomed into U.S. interagency planning. The coalition has worked with the State Department to help several thousand Afghans and hundreds of Americans—including some of Dynamo’s evacuees—depart through land routes and on State Department-chartered flights since Kabul fell. The coalition is also looking at the long-term picture and the humanitarian needs of those left behind. Group leaders recently met with the National Security Council to discuss the way ahead.

Ever since the Concorde stopped soaring around at supersonic speeds in 2003, it’s been impossible for people to book a ticket on an airliner that travels faster than the speed of sound. A Colorado-based startup called Boom Supersonic—named for the sound a plane typically makes when it breaks the sound barrier—wants to change that with a yet-to-be-built passenger aircraft called Overture. Earlier today, Boom said they’d scored a new investment from the Air Force for as much as $60 million. The money will focus on “research and development on Overture,” the company said in a press release.

Rat Who Detected Land Mines in Cambodia Dies in Retirement

Magawa, an African giant pouched rat, passed away last weekend, said an announcement on the website of APOPO, a Belgium-headquartered non-profit group. The organization trains rats and dogs to sniff out land mines and tuberculosis. “All of us at APOPO are feeling the loss of Magawa and we are grateful for the incredible work he’s done,” the announcement said. Magawa was born in November 2013 in Tanzania, where APOPO maintains its operational headquarters and training and breeding center. He was sent to Cambodia in 2016.