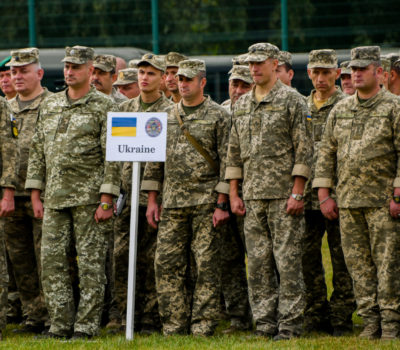 Ukraine Says It Can Deter a Russian Invasion With Air Defenses; NATO Calls for ‘Adjustments’

By Abraham Mahshie
NATO members closest to the Russian threat are seeking “adjustments” to the alliance’s defense posture to show Russian President Vladimir Putin that America will defend NATO's eastern flank in the event of hostilities in Ukraine. Meanwhile, a Ukrainian defense official who spoke to Air Force Magazine on condition of anonymity said “a signal” that the U.S. will deliver needed air defenses to Ukraine would be enough to deter Russia from mounting an invasion. 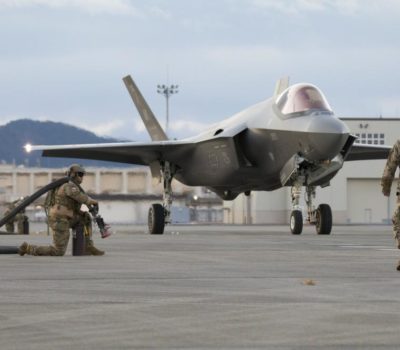 By Greg Hadley
Sweeping changes could be in store for the F-35 program starting in 2027 if the latest version of the 2022 National Defense Authorization Act is approved. The latest draft of the NDAA, passed by the House on Dec. 7 and awaiting passage in the Senate, calls for transferring “management, planning, and execution” of all F-35 sustainment activities from the Joint Program Office to the respective services by October 2027, followed by the transfer of all acquisition functions by October 2029. And that’s not all. A separate provision puts pressure on the JPO, the services, and contractors to drive down sustainment costs by threatening the future size of the F-35 fleet. 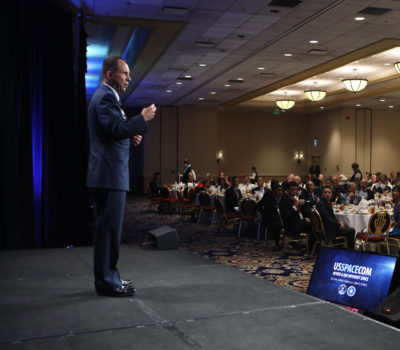 Space Command’s Goal of Uniting All US Military Space Functions

By Amanda Miller
The leaders at U.S. Space Command plan to figure out over the long term how to turn their command’s service-affiliated component commands—units from the Air Force, Army, Marine Corps, and Navy—into “functional components.” The Space Force, on the other hand, already contributes “the lion’s share of what we have,” said U.S. Space Command’s deputy commander, Space Force Lt. Gen. John E. Shaw, during the Mitchell Institute for Aerospace Studies’ virtual Spacepower Forum. 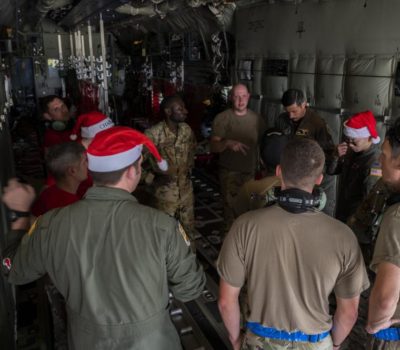 By Greg Hadley
The Pentagon’s longest-running humanitarian mission hit a new milestone as Pacific Air Forces kicked off the 70th annual Operation Christmas Drop on Dec. 5. The festive mission involved Airmen from the 36th Wing, 515th Air Mobility Operations Wing, and 374th Airlift Wing gathering, packing, and dropping pallets of supplies from C-130s to more than 55 remote islands in the southeastern Pacific, including the Federated States of Micronesia and the Republic of Palau.

This Air Force Targeting AI Thought It Had a 90% Success Rate. It Was More Like 25%

If the Pentagon is going to rely on algorithms and artificial intelligence, it’s got to solve the problem of “brittle AI.” A top Air Force official recently illustrated just how far there is to go. In a recent test, an experimental target recognition program performed well when all of the conditions were perfect, but a subtle tweak sent its performance into a dramatic nosedive, said Maj. Gen. Daniel Simpson, assistant deputy chief of staff for intelligence, surveillance, and reconnaissance.

Russia Showed It Can Attack. Is Space Force Ready to Defend?

Russia’s anti-satellite missile test has raised calls for the United States and its allies to push for international norms to ban such tests. But reaching an agreement on space arms control could take years or even decades. And until that happens, there is no guarantee Russia or another country won’t attempt to blow more satellites out of the sky, including those belonging to the United States.

Rand, Deale, and Ferguson Join AFA Board of Directors

Retired Gen. Robin Rand, Maj. Gen. Thomas Deale, and Kathleen Ferguson are the newest members of AFA’s Board of Directors. In addition, the board announced the appointment of recently retired Maj. Gen. Steven Schaick, the former Air Force chief of chaplains, as AFA chaplain.

The latest draft of the annual defense policy bill, or National Defense Authorization Act, for the 2022 fiscal year includes a provision that would require the Pentagon to conduct a declassification review of every classified program that the Space Force is presently managing. Much of the U.S. military's space-related activities are highly classified, which has often made it difficult for officials to publicly discuss what they are doing now and advocate for increased funding and other support for new and improved capabilities. The disclosure of certain capabilities, even in part, could also help deter attacks on American assets in orbit, which a senior Space Force officer recently revealed are happening "every single day."

Officers and enlisted Airmen looking to move up the career ladder will soon be judged on a slate of 10 leadership traits the Air Force wants to foster in its ranks. Dubbed “Airman Leadership Qualities,” the list is part of a broader push to drill down into what makes competent Airmen and how to better incentivize proficiency. It covers job proficiency, initiative, adaptability, inclusion and teamwork, emotional intelligence, communication, stewardship, accountability, decision-making, and innovation.

After Years of Delays, Congress Prepares 2-Year Deadline for Pentagon to Finish Testing for ‘Forever Chemicals’

Frustrated by the Defense Department's pace of identifying installations contaminated with chemicals used in firefighting foam as well as industrial and commercial products, Congress plans to order the Pentagon to complete the task in two years. The fiscal 2022 National Defense Authorization Act, expected to pass the Senate in the coming days, requires the DOD to complete preliminary assessments and site testing at all bases and National Guard facilities by the end of 2023.

After months of operations, maintenance, and security forces competitions, scores were posted and trophies awarded to squadrons and Airmen throughout the country for Global Strike Challenge 2021. Gen. Anthony Cotton, commander of Air Force Global Strike Command, said his favorite part of the challenge is watching the Airmen’s enthusiasm. “There are no allied bombers,” Cotton said, “so they know they represent more than themselves.”

An Air Force civilian police officer at Joint Base Charleston, S.C., was arrested in Florida after threatening to run his vehicle into a hospital or military base so that authorities would be forced to kill him, the Florida Department of Law Enforcement said. During the initial investigation, the man “indicated during text that he was near PSFB,” the affidavit read, a reference to Patrick Space Force Base. “There is probable cause to believe the defendant has indicated that he would cause an act of terrorism by creating a mass casualty event.”

With a combined 40 million views over three episodes, retired SEAL Jocko Willink “wasn’t born, he was tactically deployed,” according to one user on YouTube. “Once upon a time, Jocko did the lie detector test. The machine confessed everything,” another commented. Willink breaks down combat scenes from several movies including “American Sniper,” “Zero Dark Thirty,” “Apocalypse Now,” and “Battleship.”