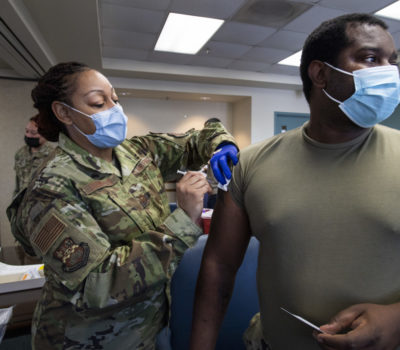 By Greg Hadley
With several thousand Airmen still unvaccinated against COVID-19, the Air Force is reportedly introducing a new consequence for those without a medical or administrative exemption. Starting Nov. 29, unvaccinated Airmen will be blocked from moving to new assignments unless they are on existing PCS orders or have been selected for a future PCS, according to a memo from Lt. Gen. Brian T. Kelly, deputy chief of staff for manpower, personnel, and services, that started circulating on Facebook and Reddit on Nov. 23. 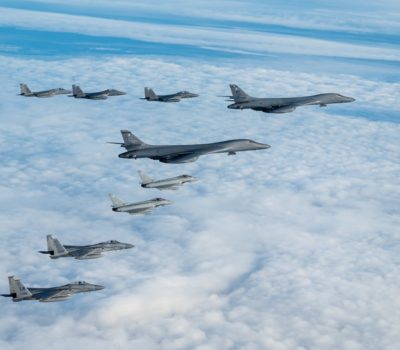 Air Force is 120 Airplanes Smaller Since 2020, But Fighters and Bombers Stay About Level

By John A. Tirpak
The Air Force trimmed 120 airplanes from its fleet in fiscal 2021, gaining the most aircraft among its F-35 fighter squadrons and giving up the most from its B-1 bomber units, according to data provided by the Air Force. With puts and takes, the Air Force’s kinetic shooter fleet, not including special operations, stayed about the same, at 2,301 aircraft. 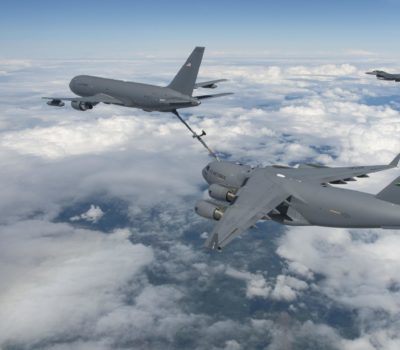 By Abraham Mahshie
Air Mobility Command’s KC-46 next-generation refueler has been operating from five bases nationwide and for nearly two years, but lessons learned and problems encountered were not unified until a Nov. 17-18 Weapons Systems Council at McConnell Air Force Base, Kan. “The KC-46, being a new platform, it did not have an established Weapons System Council, and so we were really lacking that as a community,” Col. Nate Vogel, commander of the 22nd Air Refueling Wing, told Air Force Magazine after the event and associated training exercises concluded. “We wanted to make sure that as an enterprise, we stayed synchronized, understood the challenges that each other had and the opportunities that were out there, and then decided how best we could move this forward.” 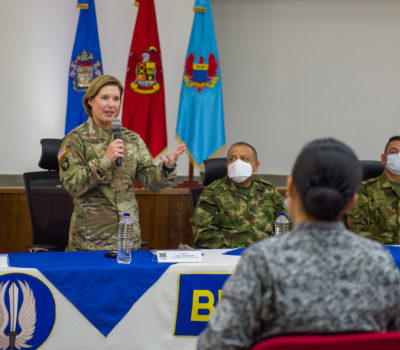 By Abraham Mahshie
Gen. Laura J. Richardson made history as the first woman to lead U.S. Southern Command and the third ever to lead a U.S. combatant command. Seeing a woman in such a senior leadership role is already having a powerful impact on female officers and enlisted personnel in regional militarties. "Everywhere we went in Colombia, there were women lining up, wanting to take pictures with her," Lt. Col. Duilia Turner, gender officer and chief of SOUTHCOM's Women's Peace and Security office, told Air Force Magazine. 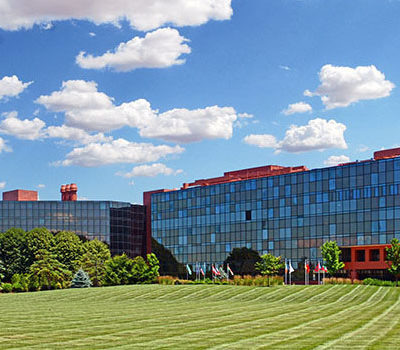 By Amanda Miller
An $88 million deal with the University of Dayton will hopefully “add a unique fresh look” at maturing artificial intelligence for Air Force autonomy applications. The agreement between the Air Force Research Laboratory and the university—a program called Soaring Otter—expands on what Kelly Miller of the AFRL Sensors Directorate characterized as “existing research challenges.” In its announcement of Soaring Otter, the university said technologies such as machine learning, artificial intelligence, and neural networks can help autonomous systems gather and process information and “then use the information to solve a problem or execute an action to achieve a goal.” 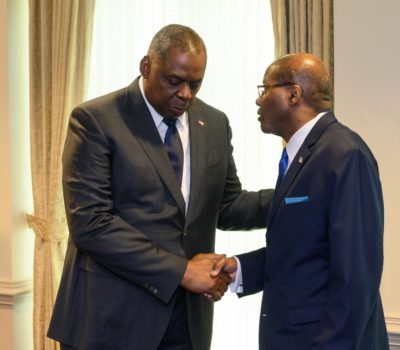 By Greg Hadley
The Defense Department is establishing a new office to coordinate its approach to unidentified aerial phenomena, signaling the Pentagon’s increasing interest as the issue becomes less and less of a fringe concern. The Airborne Object Identification and Management Synchronization Group will be organized under the office of Undersecretary of Defense for Intelligence and Security Ronald Moultrie.

Beyond delivering seismic political upheaval as its forces swept into Kabul in mid-August, the Taliban’s retaking control of Afghanistan has resulted in the most dramatic adjustment to FlightGlobal’s annual World Air Forces directory for a decade. As a result of the nation’s fall shortly after NATO and US forces had ended their combat and peacekeeping involvement after almost two decades, our directory’s usual lead entry—covering the Afghan air force and Special Mission Wing—no longer exists.

Prepping for a Maritime Fight

IT Modernization: Transforming Everything from Your Desktop to JADC2

Retired Lt. Gen. David A. Deptula, dean of AFA’s Mitchell Institute for Aerospace Studies, speaks about Russia’s military buildup on the Ukranian border and reports of a potential Russian invasion of that country.

A coalition of anti-government factions has been getting closer to Ethiopia's capital after more than a year of civil war.

The Air Force drop-tested the Raytheon-made StormBreaker munition from an F-35 fighter for the first time this year, the defense manufacturer revealed in a statement. Raytheon added that the late 2021 test was part of the “smart” munition’s integration process with the fifth-generation aircraft.

Tempest and the Future Combat Air System, two European programs designed to build new fighter jets, will eventually merge, Italy's air force chief of staff said. At a time when European Union members weigh closer cooperation on defense without weakening the ties that some countries have with NATO, Gen. Luca Goretti said that Rome could act as a bridge between NATO and Europe.

Air Education and Training Command celebrates its 80th anniversary Jan. 23, 2022, with the overarching theme, “First Step, First Flight, First Command,” signifying the command’s foundational impact across the Air Force in developing Airmen of character. Although AETC has had various name changes over the last 79-plus years, one thing remains the same: Airpower starts in the 'First Command.'

In a bit of a twist, the Air Force Recruiting Service is asking Airmen to put on their creative hats to take a spin at designing the Air Force-themed paint scheme of the No. 43 Richard Petty Motorsports Chevrolet for the 2022 NASCAR season.