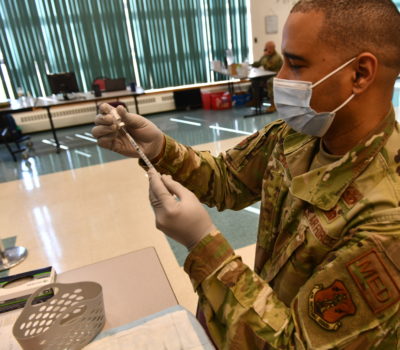 By Amanda Miller
Active-duty Airmen and Guardians have until Nov. 2 to be fully vaccinated against COVID-19, while members of the Air National Guard and Air Force Reserve have until Dec. 2. Personnel will be considered fully vaccinated two weeks after the second dose of a two-dose vaccine, according to a Department of the Air Force release, or two weeks after the first dose of a single-dose vaccine. Exemptions may apply on medical or religious grounds. A forthcoming separation date won’t factor in, according to the release: “No exemptions from the vaccine will be approved solely because Airmen and Guardians have an approved retirement or separation date,” according to the release. 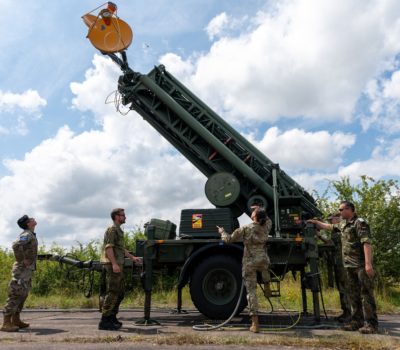 By John A. Tirpak
The House of Representatives' version of the 2022 National Defense Authorization Act would call on the Air Force and Navy to provide a report next spring on how they’re going to accelerate the use of adaptive and cognitive electronic warfare capabilities. The House Armed Services tactical air and land forces subcommittee added language saying members are “concerned with the pace of development of true cognitive electronic warfare capabilities,” referring to those that incorporate machine learning or artificial intelligence into capabilities such as jamming communication signals. 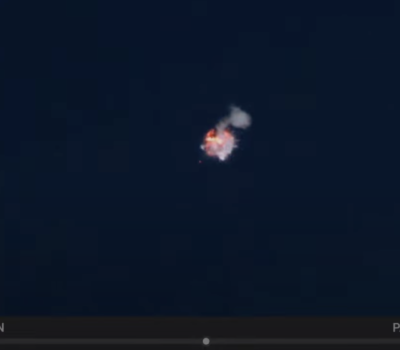 By Greg Hadley
Space Launch Delta 30 was forced to terminate the first test flight of space startup Firefly Aerospace's rocket due to an anomaly Sept. 2, resulting in a dramatic explosion over the Pacific Ocean near Vandenberg Space Force Base, Calif. 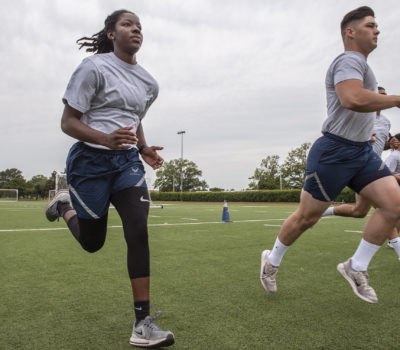 By Amy Hudson
Airmen gained options as the Air Force dropped its one-size-fits-all approach to measuring fitness. Service leaders used the pandemic break to dig into the science of measuring fitness, rolling out a series of changes before testing resumed July 1. More changes are coming soon. 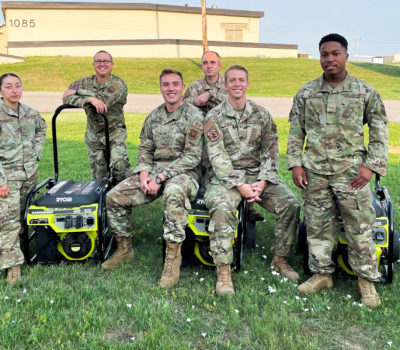 The Air Force’s 12 Outstanding Airmen of the Year for 2021 will be formally recognized at AFA’s Air, Space & Cyber Conference from Sept. 20 to 22 in National Harbor, Md. Air Force Magazine is highlighting one each workday from now until the conference begins. Today, we honor Staff Sg. Alex M. Sandmann, a noncommissioned officer in charge of electronic security systems at Minot Air Force Base, N.D.

On the last day of August, when President Biden called the airlift of refugees from Kabul an “extraordinary success,” senior diplomats and military officers in Doha, Qatar, emailed out a daily situation report marked “sensitive but unclassified.” The conditions in Doha, according to their description, were getting worse. Almost 15,000 Afghan refugees were packed into airplane hangars and wedding-style tents at Al Udeid Air Base and nearby Camp As Sayliyah.

The Navy has identified five sailors who died when their helicopter crashed into the Pacific Ocean on Tuesday. The MH-60S Knighthawk, assigned to Helicopter Sea Combat Squadron 8, was operating off the aircraft carrier Abraham Lincoln 60 nautical miles from San Diego when it crashed at about 4:30 p.m. Tuesday. A sixth, unidentified crew member was rescued later that day.

House lawmakers have backed legislation prohibiting dishonorable discharges for troops who refuse the COVID-19 vaccine. Legislation sponsored by Rep. Mark Green, an Army veteran, requires only honorable discharges for anyone who is separated from the military over refusing to be vaccinated. It was added to the fiscal 2022 defense authorization bill, passed by the House Armed Services Committee on Sept. 2.

Alexandria-based national security contractor DCS Corp. has won a $164 million contract to support the Air Force Life Cycle Management Center’s Fighters and Advanced Aircraft Directorate and Bombers Directorate. Under the four-year prime contract, DCS will assist with the acquisition, fielding, and sustainment for part of the Air Force fighter and bomber fleet, along with supporting foreign military sales to partner nations.

The PBS AEROSPACE portfolio of turbojet engines continues to grow in response to the DOD’s requirement for a wider variety of propulsion system options for small Unmanned Air Systems (sUAS), target drones, and missiles. PBS AEROSPACE is quickly becoming the world’s leading manufacturer of small jet turbines and other gas turbine engine products for a broad spectrum of commercial and military applications.

The U.S. military’s narrowband communications satellites are oversubscribed, and capacity is insufficient to meet the needs of users, says a new report by the Government Accountability Office. The report released Sept. 2 focuses on the Mobile User Objective System, a network of five geosynchronous satellites operated by the Navy. The system was conceived nearly two decades ago as a satellite-based cellular voice and data network for mobile forces.

The Kabul Airlift in 5 Charts

The largest emergency airlift ever handled by the U.S. military started slowly and built to a torrent—in five charts, track the day-by-day flow of Americans, Afghans, and third-party nationals out of Hamid Karzai International Airport from Aug. 16 to 29.

Defense Secretary Lloyd J. Austin III has agreed to restart 16 defense advisory boards after halting activity by all the panels in February and essentially purging a number of members who were appointed in the final days of the Trump administration.

IT Modernization: Transforming Everything From Your Desktop to JADC2

OPINION: The Dawn of America’s Latest (“Forever”?) Conflict: the Over-the-Horizon War of 2021

“Ending a ‘forever war?’ Forget it. It seems we are now embarking upon a new conflict, and one that—even if successful—will be difficult, long, and costly: the Over-the-Horizon (OTH) War of 2021. In this second installment of our series analyzing the Afghanistan disaster, let’s unpack the implications of some of President Biden’s recent statements about his intention to use OTH capabilities against terrorists,” writes Charles J. Dunlap Jr., the former deputy judge advocate general of the United States Air Force.

Linebacker Demonte Meeks remembers two moments that allowed his path at the Air Force Academy to take shape in his mind. And, no, this part of the story has nothing to do with football. The first took place at the Air Force prep school while Meeks was taking a course on math applications and found a zone while working out problems on truss analysis, tension, and compression loads.