Air Force Magazine will not publish a Daily Report on Monday, Sept. 6, in observance of the Labor Day holiday. We will be back in your inboxes Tuesday, Sept. 7. 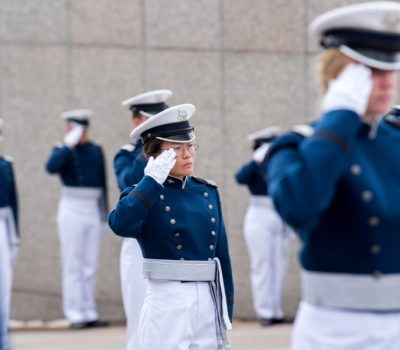 By Abraham Mahshie
The Air Force Academy hopes to tempt—and test—potential future Space Force Guardians with a summer program called "Azimuth" much in the way the Marine Corps' “Leatherneck” program evaluates Naval Academy midshipmen who may become Marines. Yet "Azimuth" would go beyond just evaluating prospective Guardians by also helping to inform and motivate cadets—in part, with unique opportunities that would only become available in real life to future astronauts. Pending approval of a three-week pilot by senior Academy leaders, Azimuth would kick off in the summer of 2022 with 20-30 cadets, delivered in weekly segments each intended to “motivate, inform, and evaluate,” Space Force liaison to the Academy Col. Jeffrey Greenwood told Air Force Magazine. 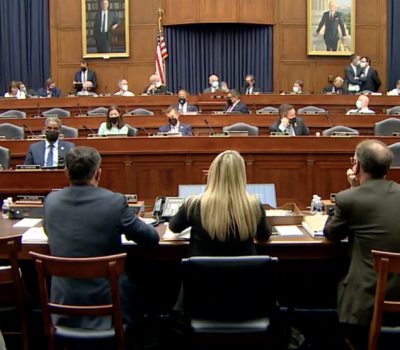 House Panel Addresses Women in the Draft, Waivers for Generals in NDAA Markup

By Greg Hadley
In a marathon session that started Sept. 1 and stretched into the early morning hours of Sept. 2, the House Armed Services Committee approved its markup of the fiscal 2022 National Defense Authorization Act as representatives spent the better part of 16 hours debating and voting on amendments on everything from the top line of the defense budget to the recent events in Afghanistan to the waiting period before a retired general can become Secretary of Defense. 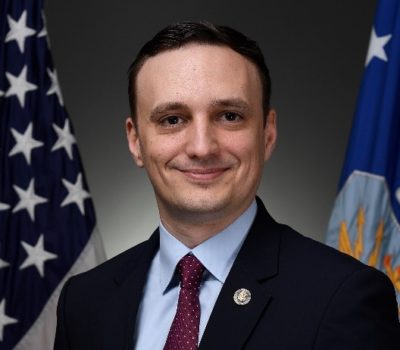 By Tobias Naegele
Nicolas M. Chaillan, the Air Force’s first-ever chief software officer, announced his resignation Sept. 2 in a candid LinkedIn post citing, as the final straw in his decision, diminished support for investing in the technologies needed to enable joint all-domain command and control. 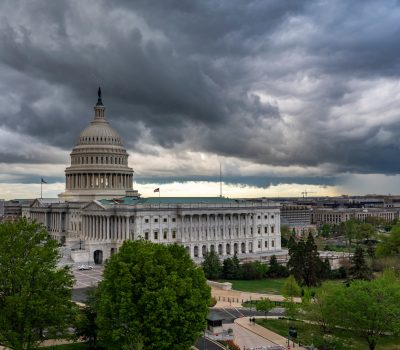 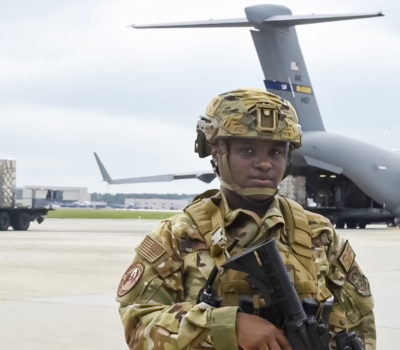 The Air Force’s 12 Outstanding Airmen of the Year for 2021 will be formally recognized at AFA’s Air, Space & Cyber Conference from Sept. 20 to 22 in National Harbor, Md. Air Force Magazine is highlighting one each workday from now until the conference begins. Today, we honor Senior Airman Jamonica Smith, a Raven team member at Joint Base McGuire-Dix-Lakehurst, N.J.

It looked like a zombie apocalypse. For the U.S. military pilots and aircrew about to make their final takeoffs out of Afghanistan, the sky was lit up with fireworks and sporadic gunfire and the airfield littered with battered shells of airplanes and destroyed equipment. Stray dogs raced around the tarmac. And Taliban fighters, visible in the darkness through the green-tinged view of night vision goggles, walked the airfield waving an eerie goodbye.

OPINION: Over-classification in Space Programs Presents Too Great a Risk

“Over-classification of U.S. space systems and capabilities is undermining the ability of the Department of Defense to articulate what it will take to deter hostile action, and if necessary, exercise warfighting options in space. If you cannot explain the tools you need to get the job done, chances are you will not get them. That risks mission failure when a crisis occurs,” writes Christopher Stone, senior fellow for space studies at the Spacepower Advantage Research Center at the Mitchell Institute for Aerospace Studies.

The Georgia Cyber Center, a public-private collaboration to strengthen cybersecurity, wants to help improve the way the military develops technology. The two-building campus in Augusta started with $106 million from the state as it tries to create a reputation as a “Silicon Valley of the South.” Companies, academic teams, and federal and state government entities—including varied defense contractors and some military offices—rent spaces and collaborate in hopes of leading a revolution in cybersecurity.

Bipartisan Group of Lawmakers Presses DOD to Back Lockheed-Aerojet Merger

Service to God, Country, and Family fuels Texas-based King Aerospace. Winning a contractor logistics support contract in 1992 launched King Aerospace and, from that day, established it as a mission-ready, no-excuses aviation services provider.

In response to Hurricane Ida, more than 6,500 National Guard troops have deployed, including 5,400 fanned out across 31 parishes in Louisiana. As Guard members in Louisiana and Mississippi work under fiercely hot, humid conditions battling flooding, California Guard troops are battling fires more than 2,000 miles away. As of Sept. 1, 12,510 National Guard members were mobilized to fight wildfires across the West.

The debate over boycotting the Beijing Winter Olympics surfaced in the House Armed Services Committee’s consideration of its annual defense bill Sept. 1, revealing how bipartisan China hawks are struggling to find ways to punish the regime. Some lawmakers argued that sponsors of the Beijing Winter Olympics, such as Coca-Cola or Procter & Gamble, shouldn’t be allowed to sell their products on military installations. But others were reluctant to prevent military families from buying Tide laundry detergent or to punish athletes who have worked for more than a decade to reach the pinnacle of their sport.

ICBM Modernization and Sustainment: Getting Minuteman III to the Finish Line

With the aging Minuteman III ICBM system staring down obsolescence in the near future, the Air Force and its partners are looking to develop the Ground-Based Strategic Deterrent. At the same time, they will have to sustain the legacy platform until the end of the decade. Find out how they’re managing the delicate balance.

House Adds $4.2B in Cyber, Innovation Funding to NDAA

The House Armed Services Committee voted Sept. 1 to add $4.2 billion in what it categorized as “cyber and innovation” funding to its draft of the fiscal 2022 National Defense Authorization Act. The funding was a part of a nearly $25 billion increase to the top line of the authorization bill, which also includes $5.2 billion for research and development and other categories.

Torpedoes, such as the heavyweight Mk 48, are still king among the available weapons across the entire U.S. military when it comes to sinking enemy ships. Now, the Air Force is exploring ways it might be able to achieve the same kind of anti-ship lethality with air-launched weapons, including modified 2,000-pound class Joint Direct Attack Munition precision-guided bombs.

Imagine you are standing guard at the gate of your local military base. It’s been another long shift full of checking identification and asking for Common Access Cards, and you’ve had to stand around for hours in the stifling humidity of southern Georgia or the freezing cold of Alaska. All of a sudden, you see a car hurtling up the road toward you and your buddies. They’re not stopping, and you’ve got to act fast. What do you do?