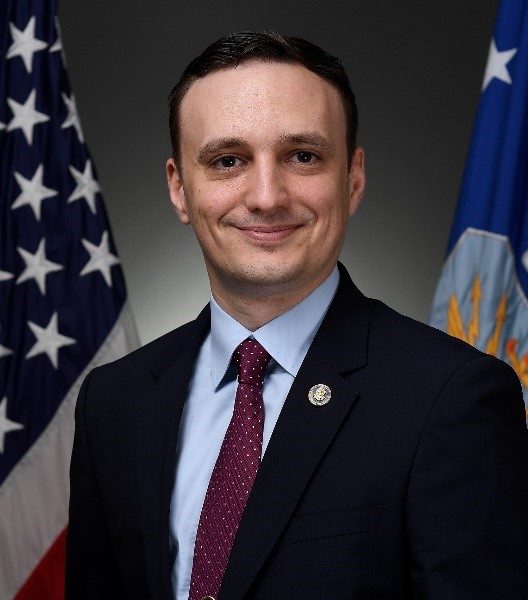 Nicolas M. Chaillan, the first-ever chief software officer of the Air Force, announced his resignation Sept. 2 in a candid LinkedIn post citing, as the final straw in his decision, diminished support for investing in the technologies needed to enable joint all-domain command and control.

Chaillan came to the Air Force in 2018 following a stint at Homeland Security and a successful career as a technology entrepreneur. Joining several other technology-savvy tech civilian leaders in the Department of the Air Force, including former acquisition assistant secretary Will Roper, Chief Information Officer Lauren Barrett Knausenberger, and Chief Architect of the Air Force Preston Dunlap, he championed rapid software development embodied by the DevSecOps agile software movement and chafed at conventional “waterfall” development processes that produce slower results.

DevSecOps breaks development down into manageable pieces and pushes iterative improvements out in periodic sprints, while waterfall development delivers updates far more slowly. The difference can be compared to the difference between an old Windows XT computer and today’s Windows 10 or iPhone operating systems, for which updates are rolled out continuously.

As Chief Software Officer, Chaillan helped lead the DOD Enterprise DevSecOps Initiative; Platform One, an open-source DevSecOps development platform; implementation of a zero-trust security architecture focused on securing data rather than the network perimeter; new acquisition agreements to accelerate acquisition of software development services; and the successful use of Kubernetes and containerization in legacy weapons platforms such as the U-2 spy plane, which culminated in the ability to do over-the-air software updates while the U-2 was flying.

“We demonstrated that a small group of people can turn the largest ship in the world through grit, wit and hard work,” he wrote. “If the Department of Defense can do this, so can any U.S. organization!”

But he also ran into barriers. At a recent AFA Gabriel Chapter lunch, he said resistance and a frequent lack of understanding frustrated his efforts and expressed worry that the Air Force and Space Force might go their own separate ways in software development.

“I’m actually very concerned with the Space Force starting to potentially drift away from the Air Force,” he told that gathering. “It would really be a big mistake, compounding the existing silos between the Army, the Navy, and the Air Force, and fourth estate.”

Military assignment policies rankled him as he watched inexperienced officers try to take on projects that demanded technology experience and understanding they couldn’t deliver. But Chaillan was unable to overcome the frustrations inherent in so large a bureaucracy, and he bristled over counterproductive assignment policies that put people unfamiliar with information technology development in charge of technical projects.

“Please stop putting a major or [lieutenant colonel] (despite their devotion, exceptional attitude, and culture) in charge” of technical projects affecting millions of users “when they have no previous experience in that field,” he wrote. “We would not put a pilot in the cockpit without extensive flight training; why would we expect someone with no IT experience to be close to successful?”

Likewise, he butted heads with service leadership over the value of investing in technology and “prioritizing IT basic issues for the Department,” he wrote. “A lack of response and alignment is certainly a contributor to my accelerated exit. There have been continuous and exhausting fights to chase after funding ‘out-of-hide,’ because we are not enabled to fix enterprise IT teams within Program Offices. Worse, some are starting to use the size of the DoD as an excuse to claim that Enterprise Services cannot succeed in the Department. That is false.”

But the last straw was a lack of support for JADC2. “One of the main reasons for my decision was the failure of OSD and the Joint Staff to deliver on their own alleged top priority, JADC2—they couldn’t ‘walk the walk,’” he wrote. “I put my reputation on the line when I shared that I was asked by the Joint Staff to join the JADC2 team as their CSO. They wanted me to help deliver a Minimum Viable Product (MVP) within 4 months so that we would finally have a tangible deliverable to show for JADC2, not just redundant and siloed work performed by each of the DoD services or vaporware/stale documents. After a massive undertaking … based on demands from our warfighters and [combatant commands], I had just started the work … when I was told by the Joint Staff that there was no FY22 funding to support the MVP after all.”

Instead, he wrote, DOD continues to invest in parallel architectures and system stacks without benefit. Each service pursues its own direction not for the betterment of defense, he said, but to support egos and “a thirst for power.”

“DOD must do better,” he wrote. “There are 100,000 software developers in the DOD. We are the largest software organization on the planet, and we have almost no shared repositories and little to no collaboration across DoD Services. We need diversity of options if there are tangible benefits to duplicating work. Not because of silos created purposefully to allow senior officials to satisfy their thirst for power.”

As a parent, he worries about a future in which the U.S. faces a Chinese nation that is bigger and growing faster. “Twenty years from now, our children … will have no chance competing in a world where China has the drastic advantage of population over the U.S.,” he wrote. “If the U.S. can’t match the booming, hardworking population in China, then we have to win by being smarter, more efficient, and forward-leaning through agility, rapid prototyping and innovation. We have to be ahead and lead. We can’t afford to be behind.”