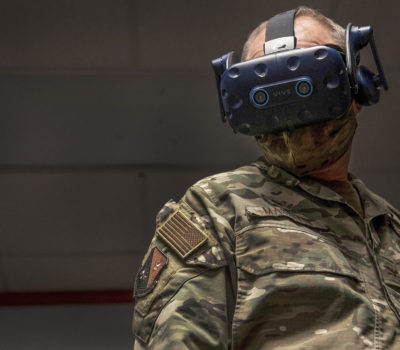 By Amy Hudson
As Air Education and Training Command moves toward a learner-centric curriculum to train future Airmen, virtual and augmented reality are key to the program's success. Maj. Gen. Andrea D. Tullos, commander of 2nd Air Force, which is responsible for graduating some 150,000 joint force personnel from about 3,400 courses each year, said people often think of 2nd Air Force as a “one-size-fits-all” factory line that pushes out students exactly the same way each time, but she told Air Force Magazine “our vision is very different.” She added, “One of the lessons we’ve learned is that we’re going to have to be flexible enough that different subjects and different kinds of training are going to require different kinds of technology." 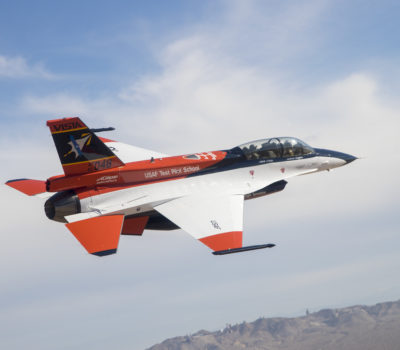 By Brian W. Everstine
There’s a new X-plane in the Air Force’s fleet. The Air Force Test Pilot School in June redesignated the NF-16D Variable In-flight Simulator Aircraft as the X-62A, allowing the aircraft to be used for testing the Air Force Research Laboratory’s Skyborg program. The aircraft, originally a Block 30 F-16, has been heavily modified and upgraded since its first flight in 1992 to give pilots a way to simulate different flying conditions as well as the characteristics of other aircraft. AFRL’s Skyborg is a suite of hardware and software aimed at developing the Air Force’s use of teaming manned and unmanned aircraft, also known as a “loyal wingman.” 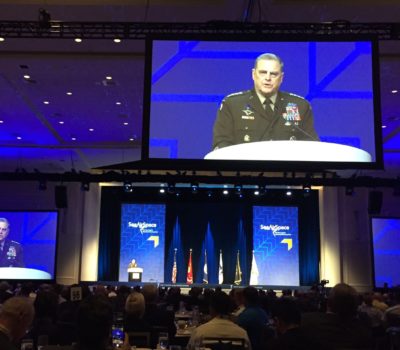 As China’s Military Might Rises, the US Must Master Change to Prepare for Next War, Milley Says

By Abraham Mahshie
The U.S. must adapt to the "changing character of war" or face "devastating consequences," Chairman of the Joint Chiefs of Staff Army Gen. Mark A. Milley said Aug. 2. Milley said at least 40 to 50 new technologies, including unmanned systems and artificial intelligence, are available to all countries in the world, so they must be mastered by the United States to prepare for war. 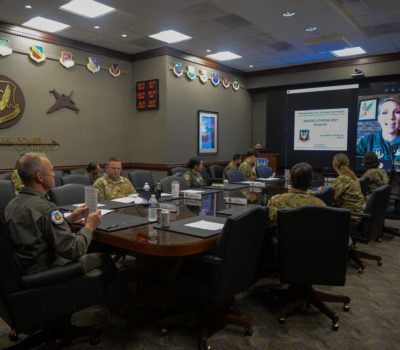 By Brian W. Everstine
Thanks to a grassroots effort, new mothers serving in Air Combat Command can now use Bluetooth-enabled breast pumps in secure facilities—the latest in a series of steps the Air Force has taken to remove barriers to service. Earlier this summer, the ACC Command Surgeon, ACC Director of Intelligence, and the Special Access Program office approved the technology in secure facilities after Capt. Jennifer McNeill, an F-15E Strike Eagle pilot at Seymour Johnson Air Force Base, N.C., submitted a request to use a pump, which eventually led to a command-wide process change.

Rolls-Royce has launched a new major investment project with Purdue University in Indiana to develop new test facilities for high-altitude and hybrid-electric engines to power the next generation of U.S. military aircraft.

OPINION: The US Needs a Department of Cybersecurity

“Everyone knows the U.S. has a cybersecurity problem and the Biden administration's emergency request for $10 billion starts out by acknowledging we are in crisis. The question is what to do about it. Today the government has a fractured approach to cybersecurity. Just look at the emergency allocation and you’ll see those dollars flowing to at least five different departments and agencies: the General Services Administration, the Cybersecurity and Infrastructure Security Agency, the federal chief information security officer, and U.S. Digital Services. As the old saying goes, when everyone is in charge, no one is in charge,” writes David Brumley, CEO at ForAllSecure.

The Defense Department is facing a reckoning when it comes to sexual assault and harassment in the military. The Air Force is now employing new technologies in its prevention training in hopes of combating fatigue and getting Airmen to retain knowledge better. Air Mobility Command (AMC) is piloting a virtual reality program for its military and civilian employees’ mandatory sexual assault prevention and response training (SAPR).

The German air force recently completed flight tests for its newest air-to-air missile, the Meteor, and deemed the weapon ready for use aboard the nation’s Eurofighter Typhoon fleet.

What Do You Really Think? DOD Wants All Active-duty Spouses to Answer a Survey

The Defense Department wants to hear from every Active-duty spouse for its biennial survey to understand the impact of military life on families.

Spark Tank 2022, a Department of the Air Force competition in which Airmen and Guardians pitch innovative solutions to operational problems, will accept submissions in early August 2021. To enable participation, interested members will submit ideas through the recently launched Guardian and Airmen Innovation Network portal. GAIN allows personnel to share ideas, critique submissions, and vote on the most promising solutions. Innovation submissions are due via GAIN no later than close of business Oct. 1, 2021. Finalists will be announced in January 2022. The finals pitch competition will take place March 4, 2022, at the Air Force Association’s Aerospace Warfare Symposium in Orlando, Fla.