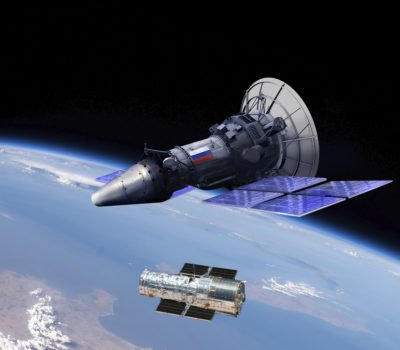 Russia and China Could Team Up to Challenge US Space Superiority, Experts Say

By Abraham Mahshie
Sanctions are crushing Russia’s efforts to counter American space superiority, but analysts have a rising concern that Russian President Vladimir Putin may link up with China’s wealth to develop the weapons that could stop American war fighters in their tracks. Commercial cooperation between two of America’s chief space adversaries can easily extend to military applications, argued an expert panel at a June 28 Center for Strategic and International Studies forum on Russia’s evolving military capabilities in space, even though historical differences may arise. “Russia has experience on deception in space,” said retired Col. Douglas Loverro, who served as deputy assistant secretary of defense for space policy from 2013 to 2017. “Russia has experience that is incredibly valuable to a technologically advanced, but operationally inexperienced China.” 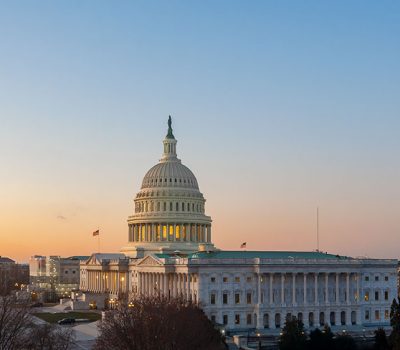 By Greg Hadley
The House Appropriations Committee released its draft of the fiscal 2022 defense budget on June 29, adding C-130s and MQ-9s to the Air Force’s budget request while leaving the service’s request for F-35s and F-15EXs untouched. 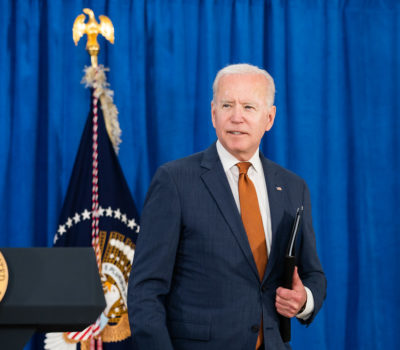 By Brian W. Everstine
President Joe Biden on June 29 laid out his case to Congress for the recent airstrikes that targeted Iranian-backed militias in Syria, as Congress is pressing to assert its control over war-making decisions and to repeal older authorizations for military force. “I directed the June 27 strikes in order to protect and defend the safety of our personnel, to degrade and disrupt the ongoing series of attacks against the United States and our partners, and to deter the Islamic Republic of Iran and Iran-backed militia groups from conducting or supporting further attacks on United States personnel and facilities,” Biden wrote in a letter to Congressional leaders. The strikes, from USAF F-15 and F-16 aircraft, targeted three facilities in rural areas near the Syrian-Iraq border. The buildings “have been involved in a series of unmanned aerial vehicle and rocket attacks against United States personnel and facilities in Iraq. These militia attacks have escalated in recent months,” Biden wrote. 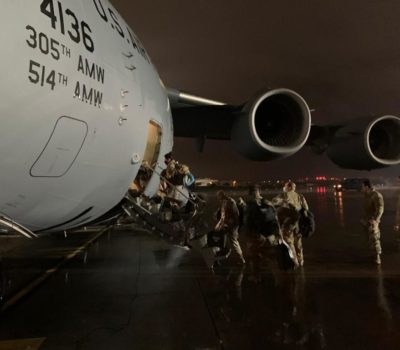 US Troops May Return to Somalia After Force Structure Review

By Brian W. Everstine
The Defense Department is considering sending U.S. troops back to Somalia just about six months after pulling them all out of the country as part of a broader look at the military's force posture. In December, then-President Donald J. Trump ordered troops to leave Somalia as part of a global push to drawdown the numbers of deployed forces. Since then, U.S. forces have been “commuting to work” by flying in from nearby nations for training events and then leaving. “There's really no denying that our fairly sudden repositioning out of Somalia earlier this year has introduced new layers of risk and complexity to our mission there,” said U.S. Africa Command boss Gen. Stephen J. Townsend during a Center for Strategic and International Studies EU Washington Defense Forum on June 29.

Special Operations Command expects to move into clinical trials next year of a pill that may inhibit or reduce some of the degenerative effects of aging and injury—part of a broader Pentagon push for “improved human performance.” The pill “has the potential, if it is successful, to truly delay aging, truly prevent onset of injury—which is just amazingly game changing,” Lisa Sanders, director of science and technology for Special Operations Forces, acquisition, technology & logistics (SOF AT&L), said June 25.

The U.S. Air Force and every other branch of U.S. military service depend on safe and reliable microelectronic devices and embedded systems. Without them, modern defense weapons systems can’t function. And when the integrity of these components is compromised, it puts people, systems, and entire military operations in peril, writes George Lecakes, vice president and general manager of national security at Battelle.

The Russian naval task force deployed to Syria in recent days appears to have stepped up its drills in the eastern Mediterranean. At the same time, a recent video shows that at least some of the Russian participants have been shadowed by F-35B stealth jets operating from the U.K. Royal Navy aircraft carrier HMS Queen Elizabeth that’s conducting combat operations in the region against ISIS targets. The latest Russian maneuvers come as tensions between Moscow and the United Kingdom remain high after a Royal Navy destroyer sailed in waters close to Russian-occupied Crimea last week, and as large-scale, U.S.-led maneuvers in the Black Sea kick off June 29.

HASC to Scrutinize Space Force Budget: Satellites Have to be ‘Easier to Defend’

The chairman of the House Armed Services Committee said he expects to see a shift in U.S. military spending away from large satellites to a “more survivable infrastructure” of smaller spacecraft. “We need more smaller, easier to defend satellites that have redundancy. That’s the biggest priority for me within the Space Force budget,” Rep. Adam Smith (D-Wash.) said June 29 on a Defense Writers Group video conference.

The Arctic could potentially become the next region in which the U.S. executes “freedom of navigation operations,” or FONOPS, Coast Guard Commandant Adm. Karl Schultz said June 28. Home to an estimated $1 trillion worth of rare minerals, a third of the world's supply of liquefied natural gas and migratory fish species, the Arctic is increasingly attracting traffic—especially from Russia, which draws 20 percent to 24 percent of its gross domestic product from the region, Schultz said in an online discussion hosted by the Washington, D.C.-based Brookings Institution.

Katie Arrington, chief information security officer for acquisition for the Office of the Under Secretary of Defense for Acquisition and Sustainment, has been placed on leave in connection with a suspected unauthorized disclosure of classified information from a military intelligence agency. According to a memo seen by Bloomberg News, she was informed on May 11 that her security clearance for access to classified information had been suspended. A legal representative for Arrington confirmed the contents of the memo in an email to FedScoop.

The U.S.’s top general in Afghanistan on June 29 gave a sobering assessment of the country’s deteriorating security situation as America winds down its so-called “forever war.” Gen. Austin S. Miller said the rapid loss of districts around the country to the Taliban—several with significant strategic value—is worrisome. He also cautioned that the militias deployed to help the beleaguered national security forces could lead the country into civil war.

OPINION: The Innovation Most Desperately Needed By The Space Force

“Faster and fully reusable rockets, check. Satellite designs that really do leverage Moore’s Law, check. Ground and space data analytics that rest on the brilliance of the Silicon Valley tech revolution, check. Everything technical seems to be falling into place nicely for the United States to win the second Space Race—but we are not,” writes Charles Beames, a retired Air Force Colonel and the Executive Chairman of York Space Systems, a commercial satellite design and manufacturing company, writes Charles Beames, executive chairman of York Space Systems, and chairman of the SmallSat Alliance.

Current and former Pentagon officials, lawmakers, and experts in the field of Unidentified Aerial Phenomena, often called UFOs, are mixed in their views of the 9-page preliminary assessment on the Pentagon’s UAP Task Force released June 25. To some, it’s a confirmation of long-doubted occurrences, and to many, it ushers in a new era of openness for a formerly more taboo topic.

The Life And Times Of Aviation Icon Antoine de Saint-Exupéry

French aviator Antoine de Saint-Exupéry had about as diverse a life and career as would have been possible to squeeze into his 44 years. Born 121 years ago on June 29, he is known for his achievements in the contrasting fields of both aviation and literature, recognized as an early pioneer of postal flights, decorated by the French government for his involvement in releasing downed fliers that Moroccan tribes had taken hostage, and lauded for his novels often based on his own experiences.