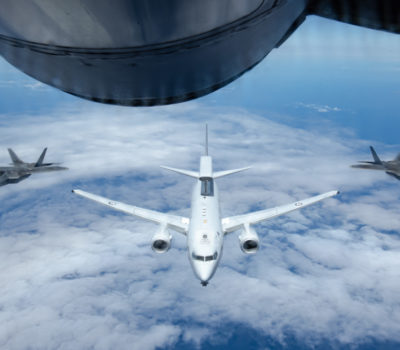 Next National Defense Strategy Should Return to Two-War Force Construct

By John A. Tirpak
The two-war force-sizing construct should be restored in the next National Defense Strategy being developed by the Biden administration, according to a new paper from the Mitchell Institute for Aerospace Studies. The authors argued that a one-war capacity invites adversaries to take advantage of U.S. involvement in one theater by launching an attack in another. The risk is increasing that China and Russia could achieve a fait accompli in Taiwan and the Baltics, respectively, if the U.S. clings to old models of deployment and outmoded ways to spend limited resources. 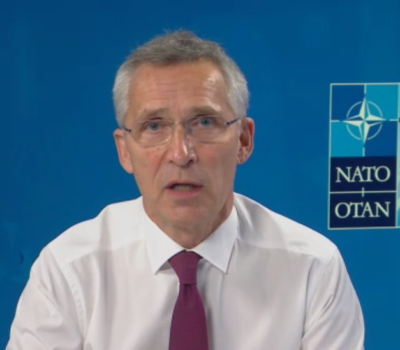 By Brian W. Everstine
NATO nations are increasing defense spending following “persistent, consistent” messaging from the United States as the alliance also faces an assertive Russia and looks to deter China's expanding influence. NATO Secretary General Jens Stoltenberg, speaking June 15 with a group of Washington, D.C.-based reporters, said 10 member nations now meet NATO's 2 percent-of-gross-domestic-product spending goal, with more expected to meet the mark soon. Stoltenberg met this week with President Joe Biden and other NATO leaders, and the message to increase spending continued, albeit slightly differently after years of former President Donald J. Trump criticizing the alliance. “This style may differ, but the content of the message is the same, and that is that allies need to invest more in defense. We need fair burden sharing,” Stoltenberg said. 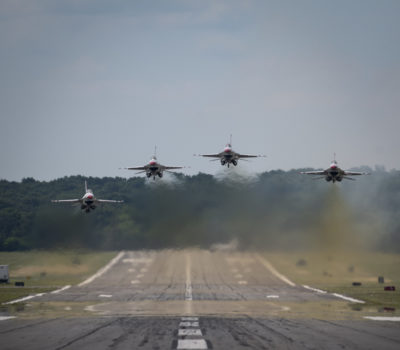 By Brian W. Everstine
The Air Force Thunderbirds' 2021 airshow season will include the first overhauled performance in about 38 years. It also marks the beginning of a culture change for a team that in recent years has experienced some of its lowest points. Col. John Caldwell, Thunderbirds commander and No. 1 pilot, said during a June 15 Air Force Association Air and Space Warfighters in Action event, that his team is one of the highest visibility squadrons in the Air Force, performing about 240 days a year before millions of people. But the team’s performance over the years had become a “hodgepodge” of individual tweaks, none of which came together to give it an overall theme. “We wanted to turn this from a series of athletic maneuvers like the Harlem Globetrotters to more of a performance like the Cirque du Soleil, where it has themes. It has coherency. It has themes that make sense and that we can tie music and narration into,” he said. 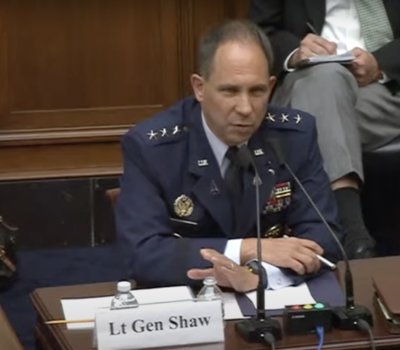 Norms for Space Should Be Key to Arms Control Negotiations, Generals Say

By Greg Hadley
Multilateralism and norms of behavior in space should be priorities in any future arms control negotiations, senior military leaders told Congress on June 15. The response to questions from Rep. John Garamendi (D-Calif.) came the day before U.S. President Joe Biden is set to meet with Russian President Vladimir Putin in a highly-anticipated summit amid rising tensions between the two great powers.

OPINION: A Former Nuclear Negotiator’s Advice for Biden and Putin

“President Joe Biden and Russian President Vladimir Putin will meet in Geneva on Wednesday. One of their top agenda items is a preliminary discussion about a replacement for the 2010 New START nuclear arms control treaty, which U.S. and Russian diplomats are expected to start negotiating soon. How can the two presidents make the best of their one shot at setting the nuclear table? As the lead U.S. negotiator of the original New START treaty, I have some advice for them: Keep it simple,” writes Rose Gottemoeller, a lecturer at Stanford University’s Freeman Spogli Institute for International Studies and its Center for International Security and Cooperation. She was deputy secretary general of NATO from 2016 to 2019.

For Master Sgt. Daniel Keller, bravery isn’t confined to the battlefield. The Airman earned the highest Air Force award for noncombat bravery for rescuing a motorist from a burning SUV in Kentucky, a little over a year after earning the service’s second-highest award for heroism on the battlefield in Afghanistan.

U.S. Pacific Air Forces responded with three F-22s to an incident reported off Hawaii on the afternoon of June 13. The military said it could not provide details on the incident, but did confirm it was not a training exercise and was done in response to an FAA request.

The mission is called Tactically Responsive Launch-2 (TacRL-2) and is part of a program acknowledged by the Air Force from at least 2019. TacRL-2 and other launches of its type are part of Space Force's push to offer more flexible small launch services, called "responsive launch." The mission was built by Space Safari, a new military entity that "responds to high-priority, urgent space needs" through a rapid acquisition and execution process, according to Space Force.

U.S. aircraft carriers are already facing risks from hypersonic weapons that are now entering the inventory of American adversaries and the Navy has developed early defenses for the threat, Vice Adm. John Hill, director of the U.S. Missile Defense Agency, said last week before the Senate.

US Military Guns Keep Vanishing, Some Used in Street Crimes

In the first public accounting of its kind in decades, an Associated Press investigation has found that at least 1,900 U.S. military firearms were lost or stolen during the 2010s, with some resurfacing in violent crimes. Because some armed services have suppressed the release of basic information, AP’s total is a certain undercount.

The United States and European Union said they have resolved a 17-year-long fight over aircraft subsidies, agreeing to suspend tariffs imposed during the Trump administration for five years stemming from the Boeing-Airbus dispute that emerged in 2004.

This year seems to be the year NFTs became a commodity. NFT stands for non-fungible token. They’re one-of-a-kind, blockchain-based assets that live on the blockchain. CryptoPunks and Cryptokitties were the first NFTs launched in 2017. Since then artists, YouTubers, actors, brands, and even AIs have created their own NFTs. They went from being an odd, mis-understood commodity to a still somewhat mis-understood but high-valued commodity. For this ground-breaking initiative, Space Force partnered with digital artist companies WorldwideXR and VueXR, to release their own NFTs with augmented reality.