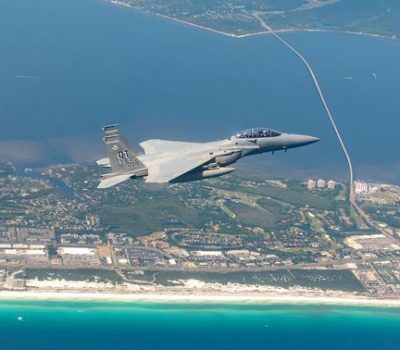 By John A. Tirpak
The Air Force is deploying its two brand-new F-15EX fighters to Alaska to fly in the Northern Edge Exercise, 11th Air Force boss Lt. Gen. David A. Krumm reported. The jets will exercise their EPAWSS electronic warfare suites, and the wargame will explore a number of new joint all-domain command and control concepts, which may or may not become part of USAF's regular systems, he said. 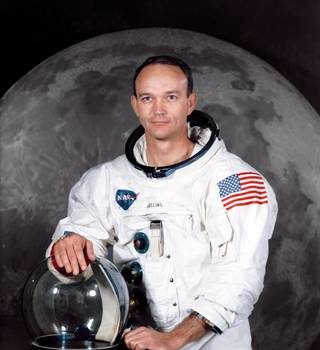 By John A. Tirpak
Retired Air Force Maj. Gen. Michael Collins, who was the command module pilot on the Apollo 11 lunar landing mission, as well as a test pilot, author, and the first director of the Smithsonian's National Air and Space Museum, died April 28 at age 90. Collins also flew in the Gemini program, making two early spacewalks. 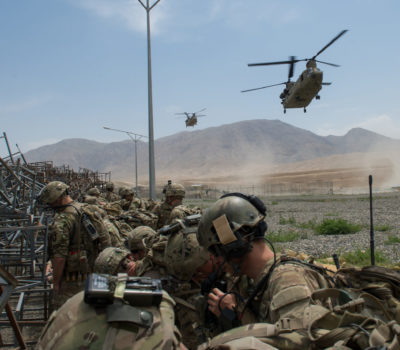 By Brian W. Everstine
The need to prepare for great power competition means Air Force Special Operations Command is at a historic “inflection point” akin to transformations following the failed 1980 hostage rescue in Iran and four counter-terrorism operations after 9/11. “The rise of belligerent peers and near-peers who threaten America’s interests at home and abroad and the reemergence of great power competition around the globe mean AFSOC must evolve once again,” AFSOC boss Lt. Gen. James C. “Jim” Slife told lawmakers April 28. “We must transform ourselves from the AFSOC our nation has needed for the last 20 years into the AFSOC our nation will need in the future operating environment.” 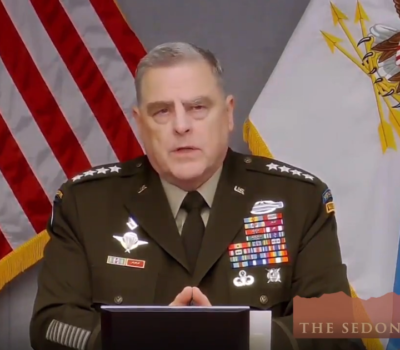 By Brian W. Everstine
The military’s top uniformed officer said April 28 that it’s difficult to predict what will play out as Afghan forces prepare to have sole responsibility for the country’s security. “It’s not a foregone conclusion that there’ll be an automatic fall of Kabul, so to speak,” said Gen. Mark A. Milley, Chairman of the Joint Chiefs of Staff, during a virtual McCain Institute event. “I think that we, the United States, are going to continue to support diplomatic efforts to come to a negotiated outcome between the insurgents and the regime, and that would be best for the people of Afghanistan and best for our region.” 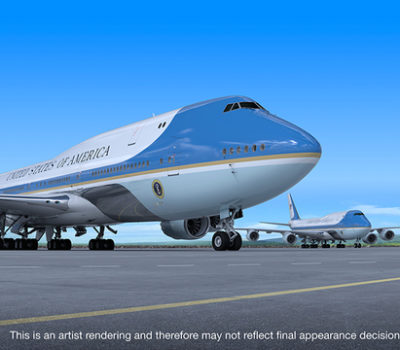 By Brian W. Everstine
Boeing reported its sixth straight loss in its first-quarter earnings report April 28, including a new charge on the Air Force One replacement program. However, Boeing Defense saw increased revenue, spurred largely by new KC-46, P-8, and V-22 contract awards. Company CEO David L. Calhoun said COVID-19 impacts are lingering but that now is “a key inflection point for our industry as vaccine distribution accelerates and we work together across government and industry to help enable a robust recovery.”

Michael Brown was nominated April 2 by the White House to be the undersecretary of defense for acquisition and sustainment. Since 2018, Brown has led the Pentagon’s Defense Innovation Unit, or DIU, a Silicon Valley-headquartered agency that former Defense Secretary Ash Carter established in 2015 during the Obama administration to speed innovations from the private tech sector to DOD. In a formal complaint to the Pentagon’s inspector general, Bob Ingegneri, who resigned as DIU’s chief financial officer in May 2020, identified a half-dozen employees, including himself, who he said had received special treatment, such as having job descriptions specifically tailored to their skillset to eliminate other applicants.

The Navy plans to transfer operations of its 13 satellites to the Space Force but will retain the portions of its research labs that focus on space, Chief of Naval Operations Michael M. Gilday said April 27. The transfer of satellite operations will be seamless, Gilday said, because both the Navy and Space Force are components of Space Command. But a "decision has been made" for the Navy to retain its space-related work at the U.S. Naval Research Laboratory.

How the Air Force Moved Gear, Trained Recruits, and Kept Air Force One Flying Amid COVID-19

In the early days of the COVID-19 pandemic, the military realized that it had no choice but to keep mobility operations running. Installations around the world needed fresh supplies and to move people in and out. But the military's options for moving personnel and supplies were quickly dwindling, said Lt. Gen. Brian S. Robinson, deputy commander of Air Mobility Command.

Never comfortable in the spotlight, Defense Secretary Lloyd J. Austin III has assumed a behind-the-scenes role in the Biden administration, providing his counsel but ultimately carrying out the decisions made by the President and a close coterie of longtime aides. Nowhere has that dynamic been more apparent than in Biden’s decision this month to end the U.S. military presence in Afghanistan by Sept. 11. Privately, Austin argued against an unconditional withdrawal on that timeline.

“For decades, Russia has stood as a top space competitor—with the legendary ‘space race’ of the 1950s and 1960s yielding one of the most technologically innovative periods in world history. Tensions still exist today as Russia continues to expand its arsenal of counter-space capabilities by testing and fielding new ground-launched, anti-satellite missiles as well as launching on-orbit satellite kill vehicles … China’s enormous push in recent years to match and overtake the U.S. in space [also] should trouble all Americans. Space permeates nearly every facet of our daily lives, and we cannot afford to unilaterally cede this domain to an adversary with opposed interests and values,” writes Matthews Donovan, director of the Mitchell Institute for Aerospace Studies’ Spacepower Advantage Research Center and former undersecretary of the Air Force.

The center will continue to provide similar types of intelligence information and products that two organizations, the Space Analysis and the Counterspace Analysis Squadrons, currently supply. “As the center grows, we expect to expand those product offerings to meet the growing demand from the space community,” Air Force Maj. Gen. Leah G. Lauderback said.

US Military Could Vaccinate Thousands of Europeans with Base Ties

Thousands of Europeans employed by the U.S. military could be vaccinated against COVID-19 on U.S. bases in the coming weeks, in a move that would better protect American military communities and help allies struggling to inoculate their citizens.

The Next Generation Interceptor, designed to shoot down missiles launched at the United States from North Korea and Iran, should run about $17.7 billion to develop, field, and maintain 21 interceptors in the coming years.

The air chiefs of two of the United States' closest allies, in Washington for official talks, each visited AFA's Mitchell Institute of Aerospace Studies recently to discuss current and future issues, including regional threats, and future weapons and security requirements.

VIDEO: For Michael Collins, Jeffrey and Me

Michael Collins, the "third man" on the Apollo 11 mission that included Neil Armstrong and Buzz Aldrin as the first humans to set foot on the moon, died April 28. Some called Collins "the loneliest man in history," but then not many folks had an iconic rock band write a song about them. We're with you, L.E.M.