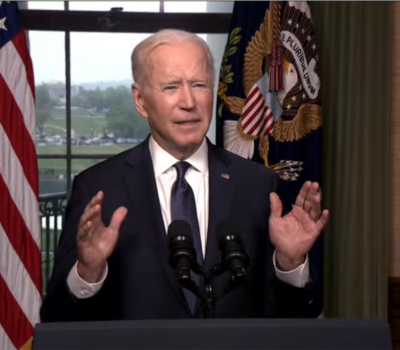 By Brian W. Everstine
The U.S. withdrawal from Afghanistan will begin on May 1 and finish before the 20th anniversary of 9/11, to allow the American military time to focus more on global terror and increasing threats from China, President Joe Biden said. During a March 14 address formally announcing the planned end to America’s longest war, Biden said, “We can’t continue the cycle” of keeping troops in Afghanistan and “hoping to create the ideal conditions for withdrawal. It’s time to end the forever war.” 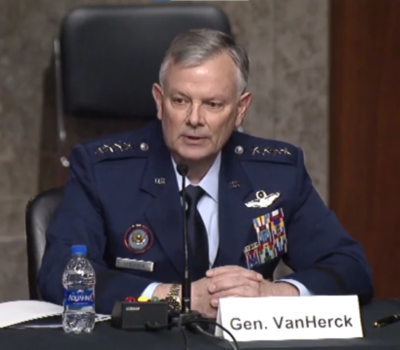 By John A. Tirpak
Gen. Glen D. VanHerck's top priorities in the upcoming budget are domain awareness in the form of farther-seeing over-the-horizon radars, followed by submarine detection capabilities and joint all-domain command and control, the commander of U.S. Northern Command told members of the House Armed Services Committee on April 14. Before building JADC2, though, he said Congress needs to clear the decks to ensure all the needed information can actually be shared. 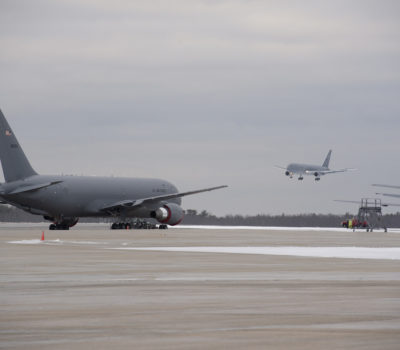 By Brian W. Everstine
Air Mobility Command is modifying palletized lavatory and galley systems to avoid possible “spillage” as KC-46s take off and land, after issues arose with the system during operations. The Air Transportable Galley-Lavatory is a palletized combination lavatory and galley that provides additional toilets, beverage production, and refrigeration for multiple mobility aircraft on long-distance missions with additional passengers. The system has been in service since the 1980s and has been used extensively, though the KC-46’s cargo loading layout has caused some problems. Specifically, the Pegasus has “unique floor cargo loading restrictions” that require the system to be flown on a narrow axis, instead of the wider axis that can be used in other aircraft such as the C-17 and C-130. This has caused spillage problems “during steep ascents and descents,” AMC spokeswoman 1st Lt. Emma Quirk said in an April 14 statement. 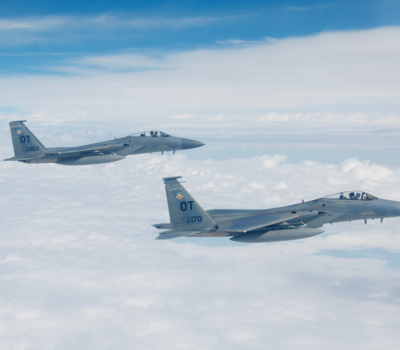 By Brian W. Everstine
An F-15C Eagle set a record for the longest air-to-air kill, but we won’t know what the record is. In March, an F-15C fired an AIM-120D AMRAAM at a BQM-167 targeting drone in the longest known air-to-air missile shot to date, resulting in a “kill” of the target from the farthest distance recorded, the 53rd Wing said in a release. However, the wing would not release the length of the shot, or the previous known record.

‘The Pentagon is Not Making These Decisions’: How Biden’s Team Overrode the Brass on Afghanistan

After two decades, troops have an end date on America's longest war. But it took a White House ready to pull rank on the military.

‘I Felt Hate More Than Anything’: How an Active Duty Airman Tried to Start a Civil War

Probe Faults DC Guard Use of Aircraft During June Protests

Members of the Washington D.C. National Guard lacked clear guidance and didn’t fully understand how to appropriately use helicopters during the civil unrest in the city last June when one of the aircraft flew very low over a crowd, a military investigation has concluded. Army officials said April 14 that “a number” of service members received some type of administrative discipline, but they refused to provide any details.

New legislation before Congress would require military leaders to eliminate the so-called “pink tax” by ensuring women receive uniform allowances more in line with what men receive. The bipartisan proposal, introduced April 14, comes just weeks after the Government Accountability Office found that women service members can pay as much as $8,300 out-of-pocket over the course of a 20-year career for uniform items not covered by annual clothing allotments.

The chairman on the House Armed Services Committee said April 13 that the United States must review its national defense policy, as lofty goals set by former President Donald Trump’s administration in the 2018 National Defense Strategy are overly ambitious.

Military pay raises and benefits can’t be used to help balance the Pentagon’s budget without risking national security, the head of the House Armed Services Committee cautioned on April 13.

Report: North Korea May Have Almost 250 Nuclear Weapons by 2027

North Korea's nuclear arsenal will continue to grow over the next several years, reaching as many as 242 nuclear weapons and dozens of intercontinental ballistic missiles by 2027 and posing a threat that will be increasingly difficult for South Korea and the United States to contain, according to a new report.

The top U.S. commander in Europe said he is confident Ukraine could repel a new Russian invasion “over time” even though Moscow has massed a large force around the country.

China described its military exercises near Taiwan as "combat drills," upping the ante as senior former U.S. officials arrived in Taipei on a trip to signal President Joe Biden's commitment to Taiwan and its democracy.

Before World War II veteran Armand Sedgeley crosses the finish line of life, he has one final mission: to receive the Silver Star his commanders put him up for after a harrowing bomber flight over Europe.

Do We Need a Space National Guard? Colorado says Yes, but Congress is Not So Sure

The Colorado House of Representatives unanimously passed a bill Friday that lays the legal framework for the state to establish the Colorado Space National Guard. But before any Coloradans head to the recruiting station, they should know there’s a catch — the U.S. Congress has to authorize a Space National Guard first.

U.S. President Joe Biden’s administration has told Congress it is proceeding with more than $23 billion in weapons sales to the United Arab Emirates, including advanced F-35 aircraft, armed drones, and other equipment, congressional aides said.

Astronauts Really Could Carry M16s on the Moon

The Apple TV+ sci-fi series For All Mankind, set against the backdrop of the Cold War, just introduced a new element: space guns. You think space is badass. So do we. Let’s nerd out over it together. The ongoing second season of the acclaimed series, which imagines an alternate history in which the Soviets beat NASA to the moon and the global space race never ended, depicts spacefaring U.S. troops using M16s. In real life, however, a weapon like the M16 would be extremely difficult to operate in space.