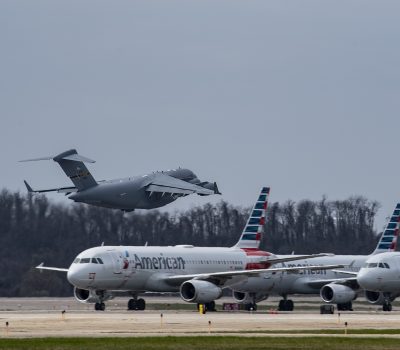 By Rachel S. Cohen
The Defense Department is rescinding its travel restrictions for troops in nearly four dozen places, though several appear to fall short of the Pentagon’s requirements for freer movement. The directive allows some military personnel to head to new jobs and temporary assignments, as well as for personal travel outside of work. A stop-movement order was in place from mid-March through May 26 to limit troops’ exposure to the coronavirus as it spread around the world. 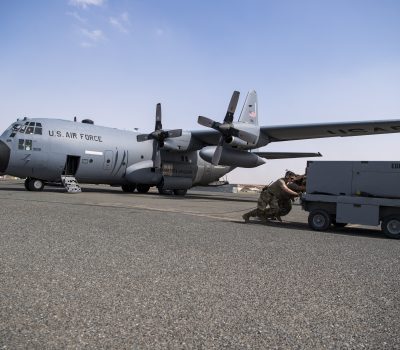 By Amy Hudson
A C-130H caught fire after it overran a runway at Camp Taji, Iraq, on June 8 and struck a wall. Four service members received "non-life-threatening injuries" and are being treated at the base's medical facility, according to Combined Joint Task Force-Operation Inherent Resolve. The C-130 was deployed to the 386th Air Expeditionary Wing at Ali Al Salem Air Base, Kuwait. Enemy activity is not suspected, though the incident remains under investigation. 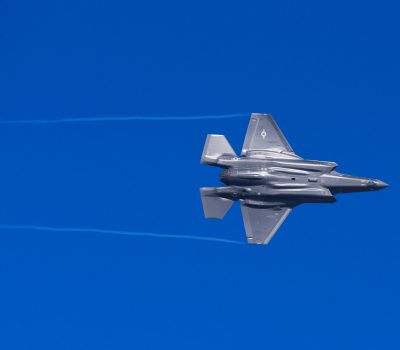 By Rachel S. Cohen
An F-35A fighter jet’s landing gear collapsed at Hill Air Force Base, Utah, on June 8 when the aircraft was returning from a routine training flight, according to a base spokesperson. The accident occurred at 10:45 a.m. local time. The pilot, part of the 388th Fighter Wing, was able to exit the aircraft and is undergoing a medical evaluation. Safety investigators will look into the incident, Hill Public Affairs Director Thomas Mullican said in an email. Training flights are paused until the runway reopens. 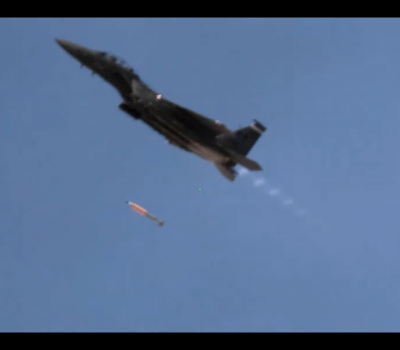 By Amy Hudson
The F-15E Strike Eagle is the first Air Force aircraft to prove it is compatible with the refurbished B61-12 nuclear gravity bomb, Sandia National Laboratories announced on June 8. “We were able to test the B61-12 through all operational phases and we have extremely high confidence the B61-12 is compatible with the F-15E Strike Eagle,” said Steven Samuels, a manager on the bomb program's team at Sandia. Two flights at the Tonopah Test Range in Nevada marked the last of six flight tests and wrapped up demonstrations with the full weapon system. 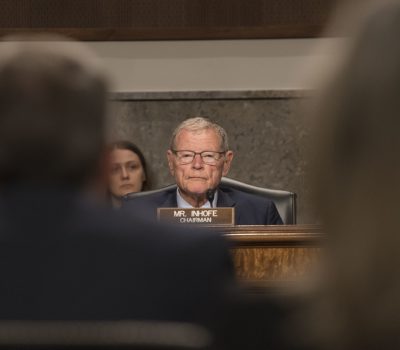 By Rachel S. Cohen
Senators on June 8 started the monthslong process of crafting the annual defense policy bill, trying to stick as close to their normal legislative duties as possible despite the global coronavirus pandemic. House lawmakers will begin their own markup sessions for the fiscal 2021 National Defense Authorization Act on June 22. The NDAA will tackle the typical issues of what weapons and platforms the armed forces should buy, emerging technology and policy areas to study, and how to treat service members and their families fairly. Some language will be more reactive to current events, such as a provision looking to ban live nuclear testing that could be attached to the NDAA, or text to stop the military from using force against Americans protesting under their First Amendment rights.

“Acquiring the Air Force We Need,” a new entry in the Mitchell Forum short paper series by John "JV" Venable, assesses Air Force acquisition efforts based on strategy, budget analysis, security threats, and historical lessons. Venable asserts that after 28 years of downsizing, combat deployments, and funding challenges the Air Force lacks the capacity to meet the challenges laid out in the 2018 National Defense Strategy.

The Space Development Agency is soliciting bids to integrate a missile-warning sensor with a satellite bus and launch it to low Earth orbit by late 2021. The June 5 solicitation is for a “tracking phenomenology experiment” to develop sensor algorithms for a future missile detection network in space. Proposals are due July 6.

‘We Came Right Up to the Edge.’ Military Says Active Duty Forces Almost Sent into D.C.

The almost 5,000 National Guard forces who were deployed to respond to protests in the nation’s capital following the death of George Floyd will be heading home, after their presence possibly avoided a constitutional crisis by preventing the ordering of Active-duty troops to police the District of Columbia.

House Democrats Reject Refusal of Esper and Milley to Testify

House Armed Services Committee Chairman Adam Smith (D-Wash.) and 30 fellow Democrats say they “insist” Defense Secretary Mark Esper and Chairman of the Joint Chiefs of Staff Army Gen. Mark Milley appear before their committee to testify about the use of the U.S. military in quelling recent mass protests. The committee says the Pentagon’s top officials do not plan to appear this week as Smith had requested.

The Air Force should seriously consider standing up a new major command to combine intelligence, surveillance, and reconnaissance, electronic warfare, and cyber operations for both the air and space domains, suggested the outgoing director of the Defense Department’s Joint Artificial Intelligence Center, Lt. Gen. Jack Shanahan, said during an AFA Mitchell Institute event.

AFWERX is scheduled to host a digital Joint All-Domain Command and Control prototyping demonstration event during the weeks of June 15 and 22. The event, stemming from the aforenamed “Multi-Domain Operations Challenge,” will bring together 24 of the 30 invited companies with Air Force and government tech scouts, end users, contracting officers, and leadership.

The Air Force Research Laboratory’s next big space project will focus on “nontraditional orbits,” says the lab’s head of the Space Vehicles Directorate Col. Eric Felt, such as the area near the Moon and very low orbits where satellites need constant boosting to keep from plummeting back to Earth.

“AFVentures is our process to work with companies that — at least for now — are mainly targeting commercial success,” Will Roper, the Air Force’s assistant secretary for acquisition, technology, and logistics, said June 4 during a Dcode webinar. “It’s not perfect, but I think we’ve come a long way.”

All the news and insight on the Air Force’s moves to streamline acquisition and accelerate the future. Check out our comprehensive landing page for USAF acquisition coverage.

An Active-duty U.S. Air Force sergeant suspected of wielding a rifle and improvised explosives in the ambush killing of a 38-year-old Northern California sheriff's deputy is also being investigated for a possible connection to the fatal shooting last month of a federal officer during a protest in Oakland, Calif., multiple sources told ABC News on June 7.

Because of the common moniker, the United States Space Force's first battle might be a trademark war—fought in court, rather than in space. Attorneys for the U.S. military have done little to secure the Space Force name as a registered trademark. Netflix, however, has been far more aggressive, and has already locked down the rights to the name in several countries.