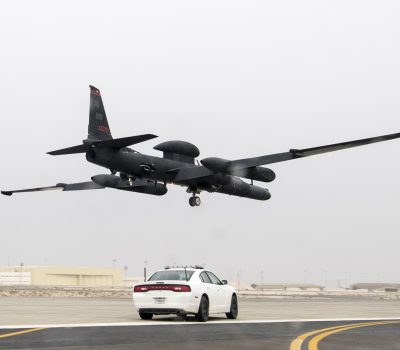 Budget Elicits Confusion Over Fate of U-2

By Rachel S. Cohen
The Air Force says it will not divest its fleet of U-2 Dragon Lady planes in fiscal 2025, despite language to the contrary in the service’s 2021 budget request. Air Force Magazine first reported that the budget submission, unveiled Feb. 10, planned to start retiring the Cold War-era Dragon Ladies in five years, though the service would continue to update the fleet through 2024. But the service said that mentions of divestment in the budget proposal were incorrect. “The Air Force FY ‘21 budget position is to fully fund the U-2 through FY ‘25,” service spokeswoman Laura McAndrews said Feb. 11. U-2 manufacturer Lockheed Martin is looking into the confusion as well. 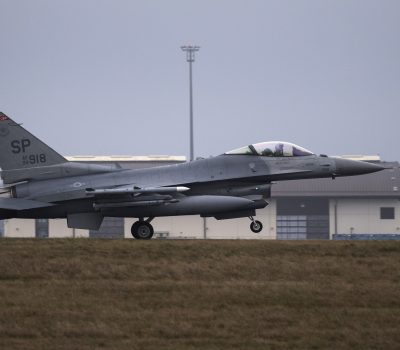 By Brian W. Everstine
The combination of an electrical failure and bad weather caused a pilot to eject and an F-16 to crash shortly after taking off from Spangdahlem Air Base, Germany, in October 2019, the Air Force announced. The pilot survived, but the F-16 was destroyed at a loss of $25.5 million, according to a U.S. Air Forces in Europe-Air Forces Africa Accident Investigation Board report released Feb. 11. About 45 seconds after takeoff, the F-16’s power loss caused the jet’s instruments to malfunction, causing “the [pilot] to become spatially disoriented and unable to maintain aircraft control in the weather and at low altitude,” the report states. 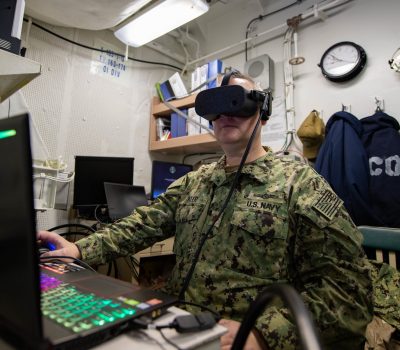 By Rachel S. Cohen
The Air Force wants to boost its investment in the Advanced Battle Management System for fiscal 2021, more than doubling funding for the effort to $302.3 million. The uptick reflects the progress researchers are starting to make and leaders’ optimism that the idea will bear increasingly more fruit over the next few years. In 2021, the Air Force hopes to be able to move from demonstrations to concrete lines of effort that deliver the most promising technologies to Airmen. 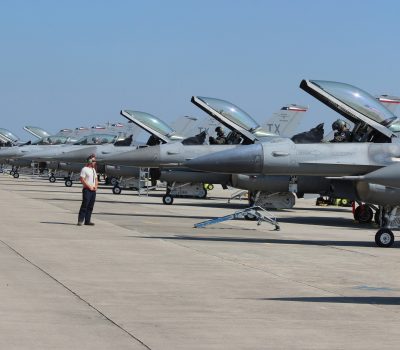 By Brian W. Everstine
The European Deterrence Initiative—funding dedicated to building up the U.S. military presence in Europe and improving readiness across the continent—will take a large hit in fiscal 2021 if Pentagon planners get their way. The Defense Department’s budget requests includes $4.5 billion for the EDI, a drop from the $6 billion Congress put in place for fiscal 2020 and the $6.5 billion in 2019. The Air Force has used the fund for base improvements, rotations of theater security packages, training deployments, and positioning materiel in the theater.

By John A. Tirpak
The Pentagon is asking $23.1 billion for its military intelligence program in fiscal 2021. That level is nearly flat from its 2020 request, but still the highest since the Pentagon began releasing its MIP topline in 2013. Prior years' toplines show funding has ebbed and waxed, but is now only about 10 percent higher than eight years ago.

Will the 2021 federal budget allow the Department of Defense (DOD) to satisfy the directives of the National Defense Strategy? The short answer is no—it is too small to pay for the necessary capabilities and capacity to deter and if necessary, defeat, challenges by major-power rivals China and Russia, as well as deal with those posed by Iran, North Korea, and global terrorism, writes retired Lt. Gen. David Deptula, dean of AFA’s Mitchell Institute.

At long last, the U.S. Air Force has definitively stated it will not procure light attack planes, putting to bed a three-year-long debate about whether to buy upward of 300 low-cost aircraft for the counterterrorism fight.

OPINION: The Complicated Combat Future of the U.S. Air Force

“While the Air Force is headed in the right direction with the adoption and implementation of the Agile Combat Employment concept, it’s not enough,” writes Maj. Gen. Brian M. Killough, deputy commander of Pacific Air Forces. “To compete in this era of great-power competition, it must rapidly advance these efforts on an operational scale in order to effectively win before fighting and to fight as a joint force if required.”

The Pentagon on Feb. 10 revealed the final paint job plans for the revamped Air Force One presidential aircraft, a red, white, and blue style reminiscent of the planes in President Trump's former airline.

LGBTQ advocates are preparing to go to trial against the U.S. government over its policies on HIV-positive service members. The lawsuit was filed on behalf of two young Air Force members who said they were discharged after being diagnosed with HIV in contravention with military rules that do not call for automatic dismissal due to the medical condition.

President Donald Trump traveled to Dover Air Force Base in Delaware on Feb. 10 to pay respects to two U.S. soldiers killed Feb. 8 in Afghanistan when a soldier dressed in an Afghan army uniform opened fire with a machine gun.

Hundreds of people refused to let a snowstorm keep them from laying to rest a Colorado veteran who would have had no mourners. Clyde Baldwin served in the Air Force for 20 years from 1950 to 1970—a period that included the Korean and Vietnam wars, according to reports. He was 91. The large crowd answered a call from a local VFW post requesting their attendance because Baldwin's only relative was unable to make it.

The 2020 Indycars feature a new Aeroscreen windshield that makes them resemble a military jet, and one is going all-in. Conor Daly’s U.S. Air Force-sponsored Chevrolet features the tiger shark teeth often seen on World War II P-40 Warhawks and A-10 Warthog fighter-bombers, the Air Force Academy’s lightning bolt logo, and red and white stripes that harken back to the aircraft flown by the U.S. Army Air Corps prior to the establishment of the U.S. Air Force.