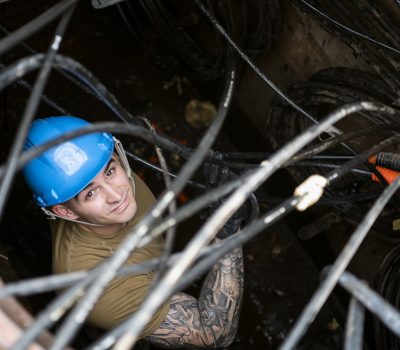 AFWERX Sets Sights on ‘Base of the Future’

By Rachel S. Cohen
Air Force technology innovation hub AFWERX wants to help bring the “base of the future” to life as its flagship effort of 2020. The Air Force has seized on the opportunity to modernize Tyndall AFB, Fla., after a Category 5 hurricane nearly destroyed the installation in 2018, and now AFWERX is taking on the challenge, making base of the future the theme for its 2020 Fusion showcase. "Approximately 200 teams will present their innovative solutions as part of an open showcase to attendees, including top Air Force leadership and other military decision-makers and operations," the organization said on its website. 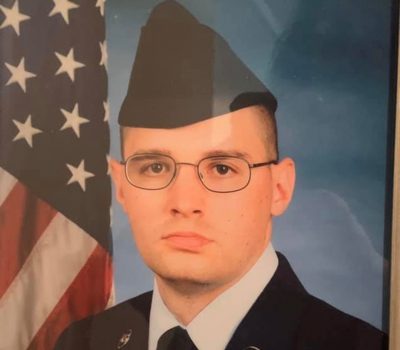 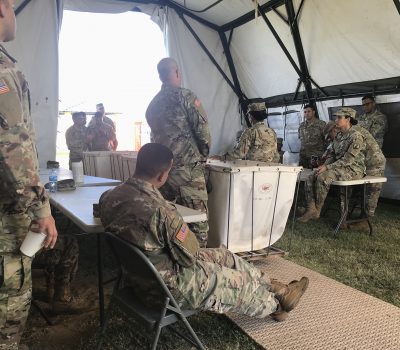 By Jennifer-Leigh Oprihory
More than two weeks after the most severe in an ongoing series of earthquakes rocked Puerto Rico, 1,386 troops are on the ground assisting in the US territory’s recovery. The troop presence includes more than 800 Puerto Rico Army and Air National Guard members, approximately 150 Army Reservists, and more than 200 members of the Puerto Rico State Guard—a Title 5 force that can be activated by its governor to supplement the territory’s National Guard in limited capacities—Maj. Gen. José Reyes, the territory’s adjutant general, told Air Force Magazine in a Jan. 22 interview at San Juan Army National Guard Aviation Support Station in Carolina, Puerto Rico. 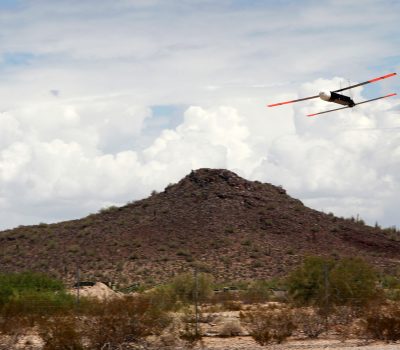 By Rachel S. Cohen
Military research on how to protect against threatening unmanned aircraft has so far focused on two ends of the drone spectrum—store-bought products like small quadcopters and large, advanced aircraft akin to the MQ-9 Reaper. But Evan Hunt, high-energy laser business development lead at Raytheon, argues there’s more to know about those that fall in the middle. 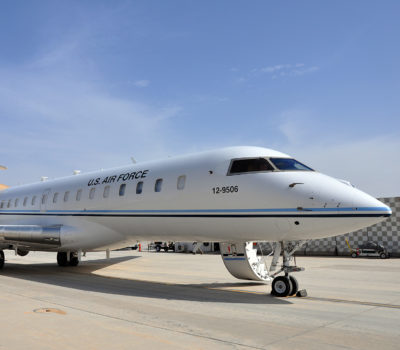 By Brian W. Everstine
The Air Force wants its Wi-Fi in the sky to keep flying, awarding Northrop Grumman a $217 million extension to its contract for the Battlefield Airborne Communications Node. The contract extension covers one year, with work expected to be completed by Jan. 23, 2021. Work will be focused largely at “undisclosed overseas locations,” along with Northrop’s San Diego facility, according to a Defense Department contract announcement. The award brings the total value of the BACN contract to $570 million.

A pilot from the Montana Air National Guard was one of three American firefighters killed when a Canadian firefighting company’s C-130 crashed Jan. 23 while battling the wildfires raging across Australia.

Defense Secretary Mark Esper provided a brief budget preview Jan. 22, telling reporters the Pentagon intends to invest new money in weapon system modernization. The Defense Department, along with the rest of the federal government, is scheduled to submit its budget to Congress on Feb. 10.

The medical group at Yokosuka Air Base in Japan is warning US military personnel to be aware of symptoms of the deadly virus originating from Wuhan, China, after a case was reported in nearby Kanagawa prefecture, home to Yokosuka Naval Base, Naval Air Facility Atsugi, and the US Army’s Camp Zama.

War With Iran Could Be Sharp & Short With Fifth Gen Aircraft: Deptula

"There must be clarity about the character of possible conflict with Iran. The flawed strategies applied over the last 19 years in Afghanistan and Iraq are not the answer to waging war with Iran. Those strategies involved deploying hundreds of thousands of ground forces in the region to conduct prolonged occupation, nation building, and counterinsurgency operations—none of which would be applicable to Iran. Rather, any action against Iran should be modeled after the decisive take-down of Iraq applied in Operation Desert Storm in 1991, when aerospace power was used for 43 days," writes retired Lt. Gen. Dave Deptula, dean of AFA’s Mitchell Institute.

A drone attack carried out by US forces earlier this month in western Afghanistan that apparently targeted a splinter Taliban group also killed at least 10 civilians, including three women and three children, an Afghan rights official and a council member said Jan. 22. According to the Afghan official, who is on the country’s Human Rights Commission, the strike took place in western Herat province, in the district of Shindanad.

How the Pentagon’s JAIC Picks Its Artificial Intelligence-Driven Projects

The organization is looking for developed technology it can deploy right now.

The Air Force is pushing ABMS as the backbone for future Joint All Domain Command and Control. Can the network scale up from hundreds of aircraft to thousands of ground troops?

With This Upgrade, These Aircraft Will Have Anti-Jamming Comms

The Air Force awarded Raytheon a $442 million contract Jan. 16 to develop new technology that will allow the B-52 and RC-130 aircraft to utilize the nation’s advanced anti-jamming communications satellites. The contract is part of the Family of Advanced Beyond Line-of-Sight Terminals (FAB-T) program, an effort to replace legacy communication terminals with secure, nuclear-survivable terminals capable of utilizing the nation’s most secure communications satellites for protected communications—including Presidential and National Voice Conferencing—and nuclear command and control.

The Pentagon will again make public the decisions of the boards responsible for reviewing the dismissals of military personnel seeking to upgrade their discharges or correct their military records.