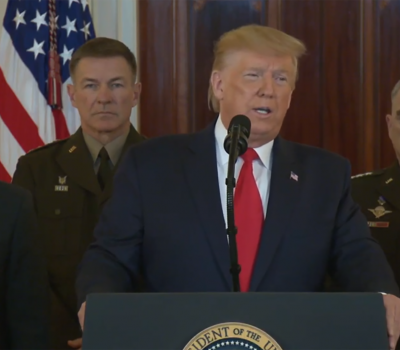 By Brian W. Everstine
An American early warning system and advanced notice from the Iraqi government allowed US forces to take cover before a barrage of Iranian ballistic missiles were fired at two Iraqi bases hosting US personnel and assets on Jan. 7 EST. No US, coalition, or Iraqi forces were injured in the attack, President Donald Trump said in brief remarks at the White House on Jan. 8. “Iran appears to be standing down,” Trump said, adding that is a “Good thing for all parties concerned, a very good thing for the world.” Iran fired more than a dozen ballistic missiles at Al Asad Air Base and a base near Erbil late Jan. 7. 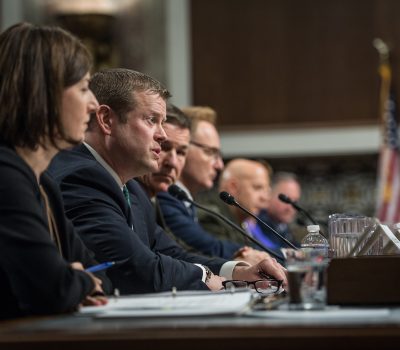 By Rachel S. Cohen
The Pentagon expects its new bill of rights for tenants in privatized military housing will be done soon, once it finishes adding a slew of provisions mandated by Congress in the 2020 National Defense Authorization Act. DOD expects to enact the tenant bill of rights early in the new year. Each service Chief needs to sign off on the document, a main pillar of the Pentagon’s attempt to empower its employees and families that live in homes owned by private landlords. 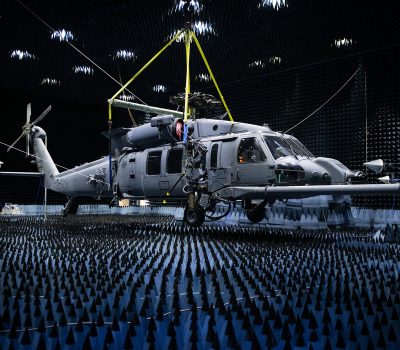 By Brian W. Everstine
The Air Force’s next combat rescue helicopter is continuing its development as it undergoes testing of its weapons and electronics systems while hanging in a soundproof chamber. The HH-60W entered the Joint Preflight Integration of Munitions and Electronic Systems facility at Eglin AFB, Fla., in November for about seven weeks of tests on its defensive systems, according to an Air Combat Command release. The Air Force plans to buy 113 of the Sikorksy-produced helicopters to replace its aging HH-60G Pave Hawk fleet. 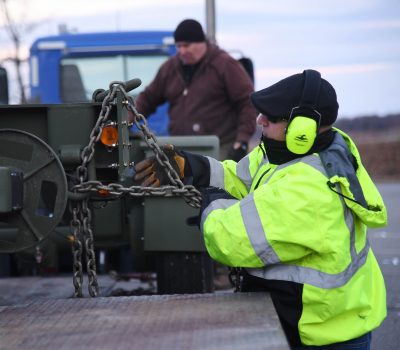 By Rachel S. Cohen
The Air Force wants to breathe new life into its Three-Dimensional Expeditionary Long-Range Radar Program that has tried to replace an older radar system for years. Inside Defense reported Jan. 8 the service plans to cancel Raytheon’s 3DELRR development contract because of “numerous technical and supplier challenges." Now, the service will hold an industry day Feb. 4 at Hanscom AFB, Mass., to find contractors that can demonstrate production-ready radar systems within the next nine months.

Russia and China have both offered Iraq advanced weaponry and other military aid as its relations with the United States are now in doubt.

The Federal Aviation Administration has issued emergency restrictions on civilian aircraft flying over portions of the Middle East, citing a "potential for miscalculation or misidentification."

Iran Is Getting Ready to Blow Up A Fake Aircraft Carrier, Again

The escalating shows of force between the United States and Iran could soon take a theatrical turn. Satellite photos from Planet Labs, obtained exclusively by Defense One, show that Iran has recently completed repairs on a mock aircraft carrier that it could destroy as part of an elaborate military exercise, later in the spring.

NASA and Boeing will cooperate on an investigation into a timer anomaly that cut short December’s uncrewed test flight of Boeing’s CST-100 Starliner spacecraft as NASA weighs whether to require another such test flight.

Amid Rising Spy Concerns, 2 More Chinese Students Held after Shooting Photos at Base

McClatchy via the Miami Herald

Since the fall of 2018, a total of four Chinese nationals have been arrested on charges of shooting pictures of military facilities in Key West, drawing the sharp interest of US counterintelligence investigators who have been probing suspected Beijing-led spying activities in South Florida, including visitors to President Donald Trump’s private club, Mar-a-Lago, in Palm Beach, Fla.

Near the US-Canadian border, US Air Defense Command noticed a blip on the radar where it shouldn’t have been: an unidentified object in restricted air space over Lake Superior, not far from Soo Locks, the Great Lakes’ most vital commercial gateway. An F-89C Scorpion jet from Truax AFB, Wis., took off from nearby Kinross AFB, Mich., to investigate, with two crew members on board. First Lt. Felix Moncla—who had clocked 811 flying hours, including 121 in a similar aircraft—took the pilot’s seat, while Second Lt. Robert Wilson was observing radar. The men would not return from their intercept mission.