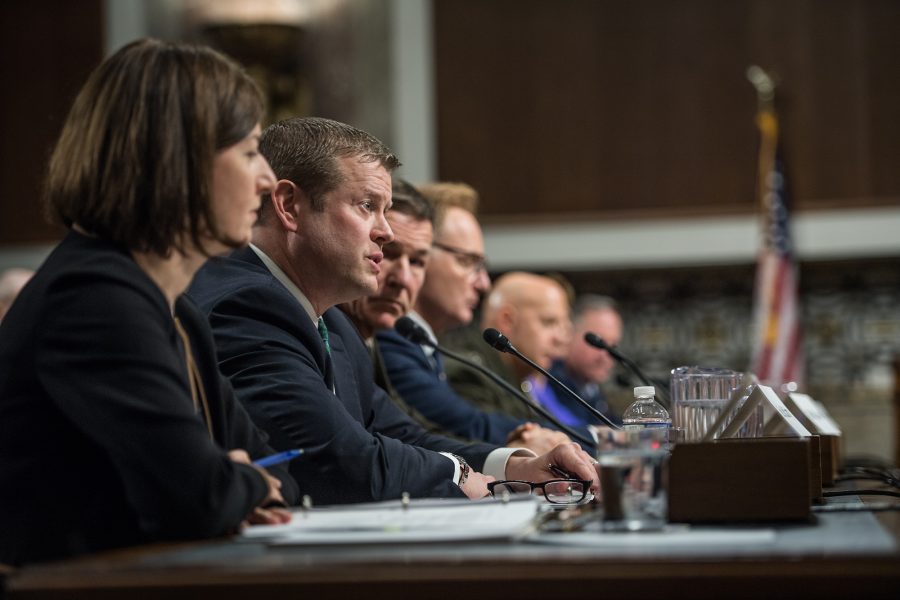 The Pentagon expects its new bill of rights for tenants in privatized military housing will be done soon, once it finishes adding a slew of provisions mandated by Congress in the 2020 National Defense Authorization Act.

“DOD is recommitted to its Military Housing Privatization Initiative oversight role to ensure the long-term success of the MHPI program, and is currently working with the MHPI partners to ensure delivery of safe, quality, well-maintained housing for service members and their families,” Defense Department spokesman Charles Prichard said.

DOD expects to enact the tenant bill of rights early in the new year. Each service Chief needs to sign off on the document, a main pillar of the Pentagon’s attempt to empower its employees and families that live in homes owned by private landlords.

The bill of rights would entitle tenants to withhold pay from landlords while disputes are being decided, offer access to housing advocates, and allow third parties to adjudicate landlord-tenant disagreements, among other benefits.

The Pentagon is now incorporating nearly two dozen points laid out in the 2020 NDAA, enacted in December, into the final bill of rights. Lawmakers listed 18 rights tenants should enjoy in their own homes—chief among them the right to live in a housing unit and community that meet health and environmental standards, and to have working fixtures, appliances, and utilities.

Tenants can see the maintenance history of a potential home before they sign a lease, legislators wrote, and deserve clear rental terms in that lease. Occupants should have enough time to prepare for inspections when they move in and out of a home, and be able to finish the necessary paperwork, lawmakers said.

The bill would also guarantee tenants “the right to report inadequate housing standards or deficits in habitability of the housing unit to the landlord, the chain of command, and housing management office without fear of reprisal or retaliation,” according to the NDAA. They should be able to speak to a tenant advocate at their installation, and “receive consistently honest, accurate, straightforward, and responsive communications” from their landlord.

The NDAA outlines several other rights, including:

A newly created chief housing officer position would oversee implementation of the bill of rights and other DOD housing policy.

The law adds that tenants can also claim other rights that aren’t enumerated in the document. DOD hasn’t yet published its bill text, but Congress wants the Pentagon to include the bill of rights in its fiscal 2021 budget submission, due out Feb. 10.

The Military Officers Association of America noted that private housing companies must agree to any changes to their agreements to oversee military homes. DOD has to tell Congress by March 1 which landlords decline to accept the new requirements.

“MOAA will continue to urge Congress to include protections and oversight of government-owned housing and barracks,” the group said in December. “While reform efforts have focused on privatized housing, aspects of new policies could and should be applied to government housing as well.”

“While MHAN stays hopeful that the privatized housing contractors will accept the use of the Tenants Bill of Rights, we believe that there must still be accountability for the blatant and consistent violations of state and federal law,” the group said. “In order to be fully held accountable, the contracts between the branch of service and housing contractor must be accessible in full to the public.”