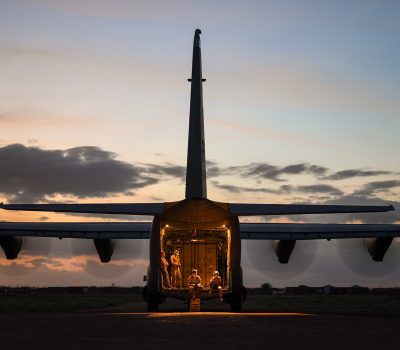 Air Force Winners and Losers in the Draft 2020 NDAA

By Rachel S. Cohen
Congressional authorizers are offering the Air Force less money in most areas than the service asked for in fiscal 2020, but want to put nearly $19 billion toward aircraft procurement, according to the bipartisan, bicameral defense policy bill, which passed the House on Dec. 11. 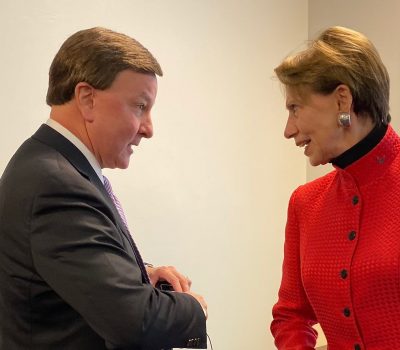 By Rachel S. Cohen
Many factors combined to slow the creation of an independent armed force for space before it took off this year: politics, higher legislative priorities, military officials trying to protect the piece of the pie they already had. But none proved more challenging than the Air Force, Rep. Mike Rogers (R-Ala.) told reporters Dec. 11. 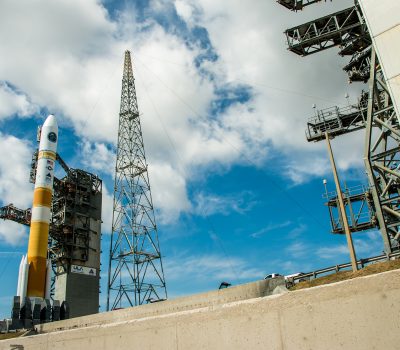 By Rachel S. Cohen
Congressional authorizers have agreed to reform how the Pentagon develops and buys space systems, including adding a counterpart to Air Force acquisition boss Will Roper. 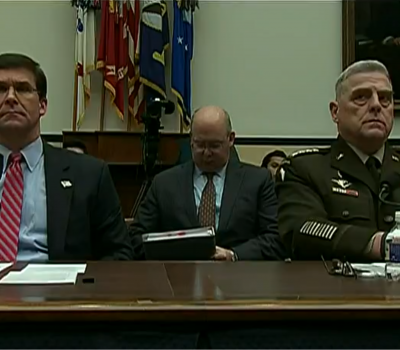 By Brian W. Everstine
The Islamic State group has not completely been pushed out of Syria and without a sustained US presence, including air surveillance and strike operations, it will re-emerge within a matter of months, Chairman of the Joint Chiefs of Staff Gen. Mark Milley said at a Dec. 11 House Armed Services Committee hearing.

Recent deaths during initial training across the services is the subject of a new Defense Department inspector general project, according to a Dec. 4 memo. What began as an evaluation of medical resources at basic training, announced Nov. 18, has evolved into a look at medical protocols and their relation to deaths among basic trainees.

Pentagon Orders Training Pause for 850 Saudi Troops in US

The Pentagon has paused its training in the US with Saudi nationals until officials conduct a thorough review. The directive follows a deadly shooting that killed three sailors and injured eight other people at NAS Pensacola, Fla., according to a senior defense official.

Microsoft and Pentagon to Kick Off JEDI Cloud Prep

Officials from Microsoft and the Defense Department will meet in Washington, D.C., this week to begin discussion and preparation for the execution of the Joint Enterprise Defense Infrastructure contract. The meetings will occur Dec. 11-13, and will include Defense Department Chief Information Officer Dana Deasy, Microsoft Chief Executive Officer Satya Nadella, and a cadre of Microsoft executives, including Toni Townes-Whitley, Jason Zander, Tom Keane, and Mark Russinovich.

The Dec. 10 ruling by US District Judge David Briones of the US District Court for the Western District of Texas bars the Trump administration from using $3.6 billion authorized for military construction projects to pay for construction of the wall.

The National Defense Authorization Act, which was finalized late Dec. 9 by congressional defense committees, has over 30 cyber-related provisions. Here are seven oversight items included in the bill.

Chile Combs Antarctic for Missing Plane with 38 Aboard

Search crews are combing the Antarctic for a Chilean military transport plane carrying 38 people that vanished en route to a base on the frozen continent and will tirelessly press ahead as the hunt gains widening international support, officials said Dec. 10. Gen. Eduardo Mosqueira said Uruguay, Argentina, Brazil, and the United States each lent planes to the search following the Dec. 9 disappearance.

The deal, announced Dec. 10, settles a dispute over an ad campaign the for-profit college unrolled in 2012. It's the nation's largest recipient of GI Bill tuition benefits for military veterans. Under the settlement, the University of Phoenix and Apollo will cancel all remaining debt for students who first enrolled between Oct. 1, 2012, and the end of 2016.

The men and women of the US military who train and conduct operations around the world are also family members, friends, and neighbors with a range of interests. Get a glimpse into their lives and their work as we turn to military photographers for a chronicle of the year.