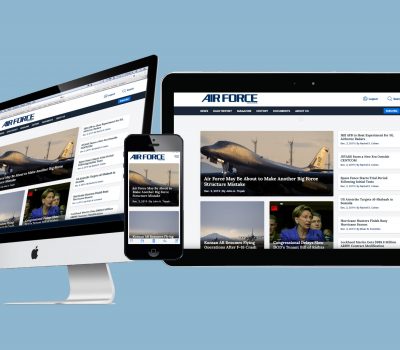 Welcome to the New Daily Report!

Our Daily Report launches today with a new look and feel designed to adapt to whatever device you’re using. Today also marks the launch of an all-new AirForceMag.com, with more and larger photos, improved search and navigation, and easier access to history content and documents, like our database of USAF Accident Investigation Board reports. The new site includes a comment feature enabling readers to comment directly on online stories and enables us to protect some content just for Air Force Association members; to access restricted Almanac content, AFA members can use the same login information used to access AFA.org. More new features are coming, so keep checking back. We hope you love the new look as much as we do, and invite you to share your impressions (and beefs) by writing to us at magazinecomments@afa.org. 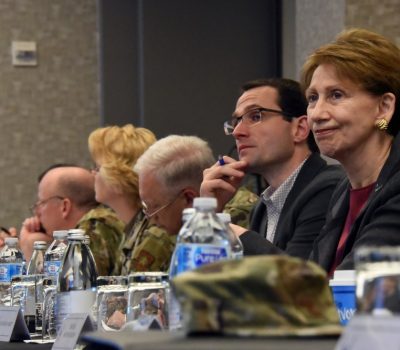 By Rachel S. Cohen
The Air Force is gearing up to host its inaugural “Pitch Bowl” in March 2020, an event that will bring together the best ideas from the growing pool of Pitch Days where companies try to snag a military contract without the years-long wait of traditional procurement. 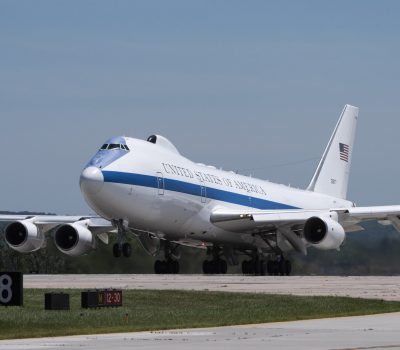 By Rachel S. Cohen
Air Force officials will gather more information on a future aircraft fleet to replace the E-4B National Airborne Operations Center, also known as the “Nightwatch” or “Doomsday” plane, at an industry day in February 2020. The service’s fiscal 2020 budget request noted that the Defense Department could choose one airframe to consolidate the capabilities offered by the Air Force’s E-4B and the Navy’s E-6B Mercury into an “optimized fleet” dubbed the “Survivable Airborne Operations Center.” 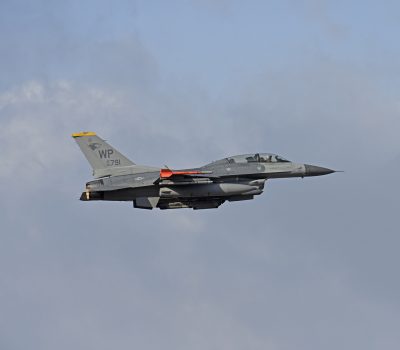 F-16 Damaged, but Pilot “in Good Condition” After Kunsan Crash

By Jennifer-Leigh Oprihory
The unidentified F-16 pilot who was forced to eject during a routine landing on Dec. 2 at Kunsan AB, South Korea, “was released in good condition” after being sent to a medical center with “minor injuries,” according to the 8th Fighter Wing. “While the aircraft sustained damage after the ejection, there was no damage to other base assets or property,” the wing wrote in a Dec. 4 release. The wing has also resumed flying operations at the base. 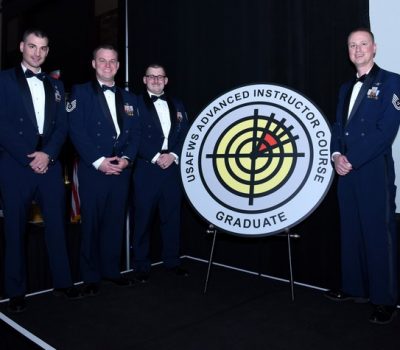 Sailor Kills 2, Himself in Attack at Pearl Harbor Shipyard

The military says a US sailor shot and killed two civilian Defense Department employees at the Pearl Harbor shipyard before taking his own life. Joint Base Pearl Harbor-Hickam has reopened following a lockdown.

You laugh—but his proposal for a new military branch really could make America safe again.

‘If He Was on the Battlefield, He Probably Would’ve Been Shot in the Back’—Inside the Toxic Command of Air Force Lt. Gen. Lee Levy

There are good leaders and bad leaders, and then there are leaders whose command climates are so toxic and humiliating that they make deployments seem like a cakewalk. Air Force Lt. Gen. Lee Levy II was in the third category, according to a recent Inspector General report. The 80-page report was unwavering in its condemnation of Levy, who, as head of the Air Force Sustainment Center based in Tinker Air Force Base, was responsible for nearly 43,000 airmen, multiple supply chain wings and air base wings, and nearly two dozen operating locations both within and outside the continental US.

Several Rockets Land Near Iraqi Base Housing US Troops

The US-led coalition combating the Islamic State group said Dec. 3 that several rockets landed outside the Iraqi al-Asad airbase, which houses American troops. No facilities were hit and there were no injuries.

Communications satellite constellations such as those being launched by SpaceX, OneWeb, Telesat, and Amazon haven’t proven they can make money so the Pentagon needs to build its own Low Earth Orbit network, says Defense Department Research and Engineering czar Mike Griffin.

When the US Air Force gets its first F-35 Lightning II distributed mission training simulator system at Nellis AFB, Nev., this spring, pilots will have the ability to fly virtually as a group, alongside other aircraft, and practice exchanging information across a network, according to Lockheed Martin officials.

Small companies are struggling to meet the Pentagon’s newish network security rules, and even larger contractors aren’t doing as well as they think they are, a recent department study has found.

When Do Cyberattacks Deserve a Response from NATO?

That question, on so-called Article 5 intrusions, has intrigued cybersecurity experts since the organization declared cyberspace a domain of warfare in 2016. But a more immediate question may be how NATO and its member nations confront the daily cyber events that never rise to the threshold of armed attacks.

Astronauts Will Soon Get to Light a Fire Onboard the ISS

It’s usually never a good idea to play with fire, and that goes double inside a spacecraft 250 miles above Earth. But in the coming weeks, astronauts aboard the International Space Station will be told to light a fire inside a miniature wind tunnel, in an effort to understand how fire behaves and spreads in microgravity.