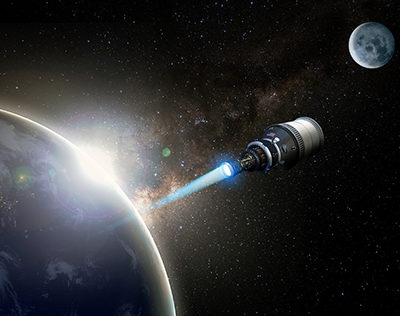 Report: Nuclear Engines Could Help the US Keep Pace in Space Maneuver Warfare

By Amanda Miller
Maturing nuclear thermal propulsion to maneuver satellites out of the way of attacks could also keep the U.S. apace with Chinese and Russian advancements, according to a new paper. In the policy paper “Maneuver Warfare in Space: The Strategic Mandate for Nuclear Propulsion,” the Mitchell Institute for Aerospace Studies argues that new nuclear engines are at least as safe as today’s chemical propulsion as well as faster and more fuel efficient. 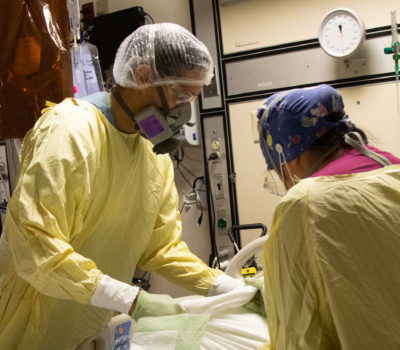 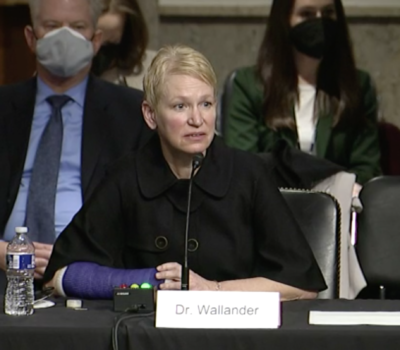 By Greg Hadley
In 2014, Dr. Celeste Wallander was the senior director for Russia and Central Asia at the National Security Council, under President Barack Obama, when Russia launched its invasion of the Crimean Peninsula, seizing the territory from Ukraine. Now, Wallander has been nominated to be assistant secretary of defense for international security affairs, and she believes the U.S. needs to be faster and more forceful in response to any Russian aggression as troops once again mass on the Ukrainian border. 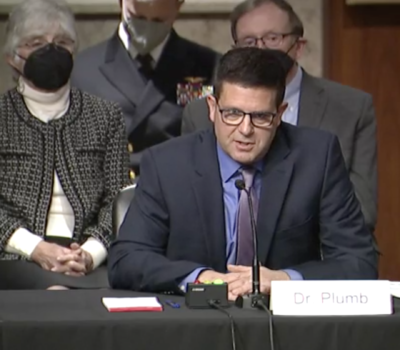 By Greg Hadley
John Plumb called space traffic management “absolutely essential” and said he supported having a civil agency take over the mission from the Space Force. Testifying before the Senate Armed Services Committee during his confirmation hearing to become the first assistant secretary of defense for space policy, Plumb also addressed how he thinks the U.S. should respond to anti-satellite weapon tests by Russia and China. 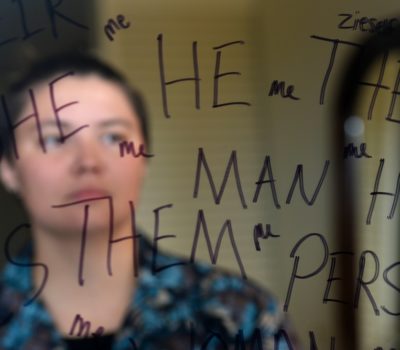 Airmen, Guardians Now Allowed to Include Pronouns in Signature Block

By Greg Hadley
Airmen and Guardians are now allowed to include their pronouns in the signature block of emails, memoranda, letters, and papers. The inclusion of pronouns, such as he/him, she/her, and they/them, in signature blocks has become an increasingly common practice in the business world and helps to ensure that transgender and nonbinary individuals are identified as they desire. It also helps people with gender-neutral names.

OPINION: Spiking the Problem: Developing a Resilient Posture in the Indo-Pacific with Passive Defenses

“America’s military posture, which is [made up] of forces, bases, and agreements, is a critical issue that needs a senior champion. China has a formidable arsenal of conventionally armed long-range missiles that are significantly more accurate than the ones that the Soviet Union had during the Cold War and plans to fire them in a first strike to destroy U.S. forces on the land and at sea. The Defense Department should ensure that American forces in the Indo-Pacific can survive this blow and generate combat power while under attack, which requires taking steps to increase the resiliency of U.S. military posture,” writes Stacie Pettyjohn, a senior fellow and director of the defense program at the Center for a New American Security.

The Marine Corps is the first U.S. military branch to report the granting of a religious exemption to the mandate that troops be vaccinated for COVID-19. Two Marines have received exemptions, officials said Jan. 13. In all, some 18,500 U.S. troops have requested such exemptions. The Air Force received the highest number of requests with 10,766, followed by the Marine Corps with 3,350, the Navy with 2,844, and the Army with 1,746. No other branch has reported an approved request, but others have provided data on disapproved accommodations.

Russia’s Defense Industry Might Not Survive an Invasion of Ukraine

The Russian defense industry is already struggling with sanctions and export limits. An invasion of Ukraine could be disastrous for it—and, politically, might spell doom for Vladimir Putin's regime.

The Space Development Agency, created in 2019 as a separate entity under the Office of the Secretary of Defense, will be transferred to the Space Force in October, the agency’s director confirmed Jan. 12. Under the planned realignment, mandated by Congress in the 2020 National Defense Authorization Act, the SDA will be part of the Space Force but will not be merged under the large Space Force procurement bureaucracy, the Space Systems Command.

Time for a Unilateral Moratorium on Debris-Generating KE-ASAT Tests?

On the 15th anniversary of the Chinese anti-satellite test that cluttered Earth orbit with debris, a group of national security space experts is proposing that the United States unilaterally declare a moratorium on such testing. Narrowly tailored to limit only debris-generating kinetic-energy tests against space objects, the goal is to ensure the sustainability of Earth orbit, not arms control in space.

Supersonic aircraft developer Boom has received a three-year Air Force contract to expand studies of its Mach 1.7 Overture aircraft beyond that of an executive transport to include surveillance, reconnaissance, special forces deployment, and other military transport roles.

The World War II thriller "Wolf Hound," which has been in the works for almost four years, is finally set for theatrical and home video release in the summer of 2022. The movie tells the story of Luftwaffe special operations unit KG-200, which repaired downed Allied planes and used them for Trojan horse missions deep behind enemy lines. Director Michael Chait makes his feature film debut with "Wolf Hound," but the veteran commercial director did some prep work in a series of short documentary films about historic aircraft and one about the Michigan Air National Guard.