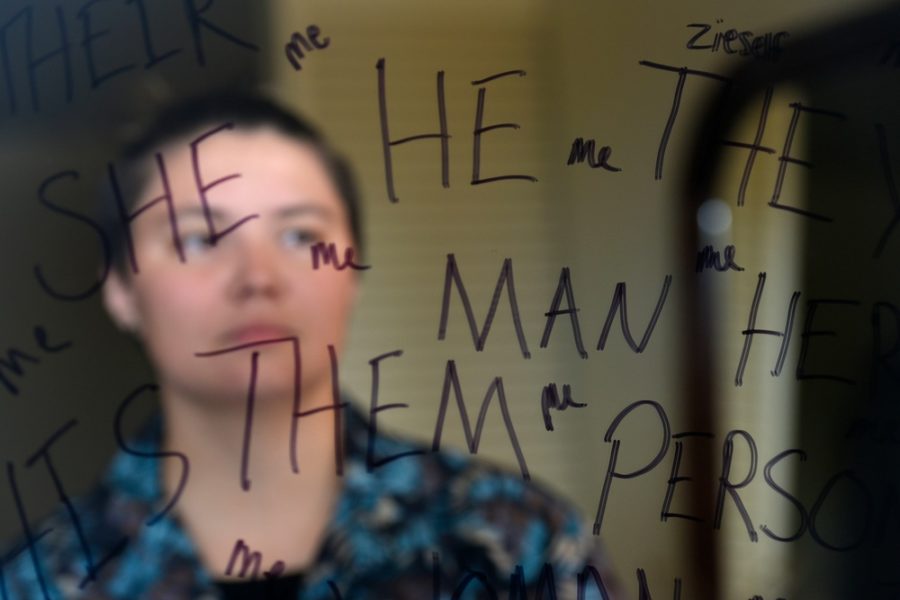 Airmen, Guardians Now Allowed to Include Pronouns in Signature Block

Airmen and Guardians are now allowed to include their pronouns in the signature block of emails, memoranda, letters, and papers.

The change, made official in the Department of the Air Force’s writing guide, was announced Dec. 20.

The inclusion of pronouns, such as he/him, she/her, and they/them, in signature blocks has become an increasingly common practice in the business world and helps to ensure that transgender and nonbinary individuals are identified as they desire. It also helps individuals with gender-neutral names.

The department’s change makes it the first military department to have an official policy on pronouns in signature blocks, according to Military Times. It was advocated for by the LGBTQ Initiatives Team, or LIT, a subgroup of the DAF Barrier Analysis Working Group, along with the Pacific Islander/Asian American Community Team and the Women’s Initiatives Team.

“The change request was driven by awareness of a restrictive policy that was being used against transgender Airmen and Guardians who were authentically representing themselves,” said Lt. Col. Bree Fram, an LIT Transgender Policy Team co-lead, in a statement. “It was also important for many individuals often confused as being a different gender in their communications.”

According to an Air Force press release, official signature blocks should include name, rank, service affiliation, duty title, organization name, phone numbers, and social media contact information. Pronouns are now authorized but not required and should be placed immediately after the name in parentheses or on a separate line within the signature block.

“An inclusive force is a mission-ready force, and I’m thankful to the LGBTQ Initiatives Team for helping us realize this opportunity to be a more inclusive force,” Undersecretary of the Air Force Gina Ortiz Jones said in a statement.

Since then, the Air Force has updated standards such as those involving women’s hair in an effort to better address differences in hair texture and density, and Jones became the first openly lesbian and second member of the LGBTQ community to serve as undersecretary. Since then, she has championed several diversity initiatives within the department.