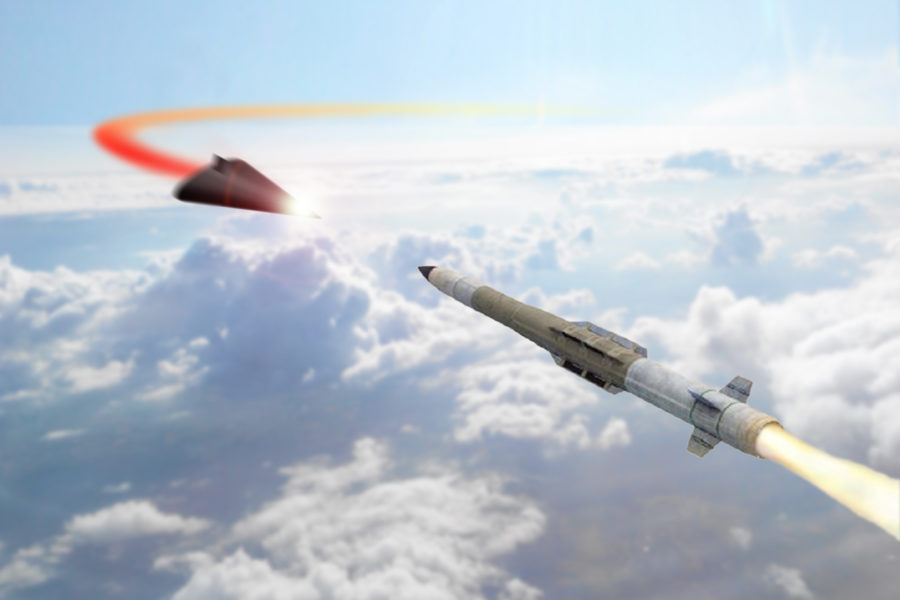 The report, “North America Is a Region, Too,” by the Center for Strategic and International Studies (CSIS) proposes a solution costing hundreds of millions of dollars less than a 2021 Congressional Budget Office (CBO) estimate, and top Pentagon brass are listening.

“The problem begins with the threat, and the threat has already voted,” Tom Karako, director of CSIS’s missile defense project, told Air Force Magazine before the start of a July 14 conference on cruise missile defense.

“The threat has voted to include much more of what we would call air defense challenges, be they UAVs, be they cruise missiles,” he explained. The challenge of “air defense and cruise missile defense for the homeland has always seemed both overly expensive and perhaps pointless.”

Previous defense doctrine held that cruise missile defense was not necessary because a cruise missile attack would be coupled with a nuclear attack. Therefore, strategic nuclear deterrence was sufficient to deter both threats.

The CSIS report makes the case that cruise missile defense must be uncoupled from strategic nuclear deterrence given adversarial development of precision-guided missiles and the proliferation of long-range standoff cruise missiles.

Russia is one of the countries capable of striking the U.S. homeland with its new, low-flying, stealthy AS-23 cruise missile.

“The AS-23a air-launched cruise missile, for instance, features an extended range that enables Russian bombers flying well outside NORAD radar coverage—and in some cases from inside Russian airspace—to threaten targets throughout North America,” he explained. “This capability challenges my ability to detect an attack and mount an effective defense.”

“The homeland is no longer a sanctuary,” he said, noting that the command sees Russia as the most important current threat but adds China as a threat by 2030.

“The threats that we face are not just from cruise missiles. We have threats from the sea floor all the way up to space,” he said, noting that adversaries have built and demonstrated conventional munition capabilities to reach the U.S. homeland in just the last five to six years. “That, I think, has also put a sense of urgency in this.”

Army Col. Tony Behrens, deputy director of the Joint Integrated Air and Missile Defense Organization (JIAMDO) of the Joint Staff, said the threat against the U.S. and Canadian homelands has proliferated and so has the cost to defend against it.

“Our adversaries have invested in the development of these threats through hypersonic technology, subsurface maritime capability projection, where cruise missiles can come at the homelands from any direction and across multiple directions simultaneously,” Behrens said.

The CSIS report calls for “layered defense in depth,” or integrated layered defense, instead of the perimeter-based defense and use of only the sensors carried by a fighter jet.

“We don’t try to defend everything, but we do try to defend a few things very well,” said Karako, describing a departure from legacy missile defense architectures to one that can provide up to several hours of warning time.

Strohmeyer said a proposed first layer would integrate data sources to get an earlier warning of when an adversary might be moving in the direction of an offensive attack.

Leveraging artificial intelligence, the first layer will look for “a change in pattern of life.”

“It’s understanding if you have a bomber base, or if you have a submarine base, what does the normal pattern of life look like at one of those locations?” he posed.

Strohmeyer described how artificial intelligence would be used to detect a change in the normal numbers or movement of assets at the base and trigger a human study of the data to discern intent and deterrent response.

A second layer is known as the “21st Century DEW Line,” referring to the Cold War array of Arctic radar stations that provided distant early warning. The CSIS layer would use over-the-horizon radars to see thousands of kilometers farther by bouncing radar rays off the ionosphere. Australia uses the technology in its Jindalee Operational Radar Network (JORN).

While the radar would not be capable of providing high-fidelity imagery of the threat, the early detection could give hours of warning time and complement what space-based sensors are able to detect.

An overlapping third sensor layer would integrate existing Federal Aviation Administration radars and other sensors to maintain custody of, or follow, the threat over North America.

A fourth layer, called Prioritized Area Defense or PAD, chooses a few areas of the United States to defend well as opposed to the CBO’s proposal for a perimeter defense of the entire continental United States. CSIS panelists said the debate about what should be covered, such as military assets, leadership, or population centers, has been ongoing for decades. A PAD radar coverage model in the report clusters the radar networks in U.S. coastal areas including the mid-Atlantic up to the Northeast and much of the Pacific coastline, with a cluster in the South.

A network of tower-based radars and electro-optical/infrared sensors would cover 500 km in diameter with 19 different sensor towers. Each PAD would have medium- and long-range surface-to-air missile interceptors rather than fighter aircraft to provide kinetic defense against an incoming threat.

Similar to the PADS, a fifth layer, called Risk-Based Mobile Defense, can be positioned where the threat is deemed to emanate from. In an Arctic response scenario, the risk-based platform can help forward-deployed fighters and be used in tandem with the E-7 Wedgetail, the Air Force’s next investment in airborne early warning.

Those “five layers together get us that defense in depth,” said Strohmeyer. “So, we’re not just waiting with a catcher’s glove to receive cruise missiles at the last second, but we’re trying to influence those cruise missiles throughout their entire life cycle.”

To defend against cruise missile threats, CBO found in a February 2021 report that DOD would have to spend between $75 billion and $465 billion over 20 years.

The CSIS report says integrated layers of defense can be done over the same period for half of the low-end CBO estimate, roughly $32 billion, and be paid for over eight fiscal years not exceeding $2.5 billion per year, Karako said.

“[The CBO’s] particular architectures are, I would say, constrained by some assumptions, and that’s what really drove them to some really, really big numbers,” explained Karako, who said the CBO relied heavily on expensive fighter jets and one type of sensor.

“They’re using fighter aircraft, primarily as the tracking, combat identification, and engagement mechanism,” he said. “It’s expensive to keep fighters in the air all over the continental United States, all the time.”

Karako said the Air Force budget already includes money for over-the-horizon radars and that adopting a homeland missile defense strategy like the one proposed by CSIS would actually save Air Force resources.

“Having some fixed or semi-fixed assets in the homeland will help alleviate the strain on the fighter aircraft,” he said. “[The CBO] would have a ton of expensive fighter aircraft flying circles around CONUS all the time, and they can’t go do other things.”

The CSIS cruise missile defense strategy is also built in a way that it can expand to new missions in the future, either up to the level of hypersonic missile defense or down to cover the threat posed by unmanned aerial systems.

Karako said the long-range interceptor proposed in the CSIS model is the MK41 Vertical Launching System, which is being used to develop the hypersonic Glide Phase Interceptor.

“We’ve used this common launcher so that when that capability arrives, you can just pop it right in the canister,” he said, describing the Mark 41’s shipborne missile canister launching system.

Strohmeyer said the CBO report and the new CSIS report are promoting debate in defense analysis circles about how to design homeland defense affordably.

“We can now say, ‘Hey, there’s ways that we can do this affordably as well,’ to create not only a capable defense, but a credible deterrence,” he said.

Karako said the threat posed to the U.S. homeland is no longer theoretical. Russia used more than 2,800 missiles in the first 125 days of its war with Ukraine, and many of those missiles were cruise missiles.

“This isn’t some boutique niche capability. These are the weapons of choice time and time again,” he said. “As we say in the report, it’s coming soon to a theater near you, here in the United States.”