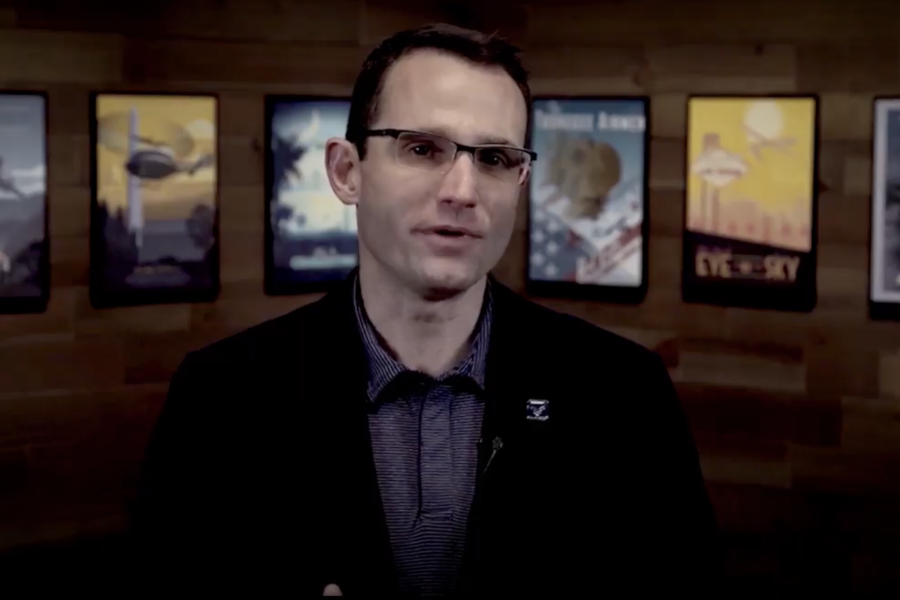 Could COVID-19 End the Next Generation Air Dominance Program?

The Air Force’s top weapons buyer is worried the top-secret Next Generation Air Dominance program might become an “unintended casualty” of the COVID-19 pandemic.

The final draft of the fiscal 2021 defense policy bill cuts $70 million from the NGAD program for a total authorization of $974 million, while also calling for the Pentagon’s cost-assessment office to review NGAD and the Air Force’s Digital Century Series. Will Roper, the Air Force’s assistant secretary of acquisition, told Air Force Magazine in a recent interview the department is struggling to share the successes of NGAD as well as the effectiveness of digital engineering in part because of social distancing.

“The thing that’s the big delineator on NGAD is whether we’re able to talk with folks on the Hill in a classified level or not,” Roper said. “It’s a difficult program to say anything on without being able to get in the SCIF.”

The classified nature of future Air Force programs, to also include things such as the Advanced Battle Management System and the Ground-Based Strategic Deterrent, has led to skepticism about the Air Force’s plans, and heightened the perception that the service does not have attainable goals. Roper attempted to alleviate some of these concerns in September by dropping the bombshell that an NGAD prototype has already flown. The prototype was built through digital engineering, which already has proven its capability through other less-classified programs such as the T-7A Red Hawk.

“It’s helped us a little bit being able to talk about digital engineering and the fact we’re using revolutionary commercial approaches on this high-end aircraft that were applied, exceptionally successfully, to the T-7,” Roper said. “It’s helped us to say that a full-scale flight demonstrator has flown. That we’re not just talking theory, but we’ve taken this to practice. But to really talk about anything that makes us excited about the program, we have to get in the SCIF. And that’s been difficult during COVID-19. I hope NGAD does not become an unintended casualty of COVID-19.”

NGAD is changing the game for the Air Force not just in the capability of the aircraft, but it has also shown it’s possible to change and accelerate acquisition. Other industries have been able to modernize their acquisitions and production approaches, and the same needs to be done for the Air Force so new combat aircraft don’t need to come from the same major companies on extended timelines, Roper said.

“I’ll say what we’re proposing is pretty radical,” Roper said. “That’s exactly what tactical aviation needs. We’ve been stuck in a rut since the end of the Cold War and we’ve watched a commercial industry radically change in a way the defense industry hasn’t. So, with this breakthrough technology, that’s already changed the automotive industry, peeking into defense, a really valid question would be why aren’t you doing something radical with it?”

Roper asks skeptics to give the Air Force a chance.

The goal of shorter timelines and less expense means there’s less to lose. “You don’t really have to believe in the approach to approve of the program. Because if we fail, we’re going to fail in practice, and you’re going to be able to tell long before we get to that Digital Century Series. You’ll be able to tell because we’re behind on all of our deliverables and we’re not integrating as quickly as you can. You’ll know far in advance of us trying to do that alternating vendor business. So if you want to see that aircraft procurement curve bent, hopefully broken, then give us a shot.”

The rapid development of NGAD, coupled with extended use of digital engineering, open architecture systems, and agile software development for weapons systems, are needed to quickly bring to bear new capabilities needed for a new era, Roper argued.

But first, it needs to survive the pandemic.

“We’ve got to hope that things get back to normal so we can get back in SCIFs as quickly as we can and just do the best we can at an unclassified level to explain why this technology that revolutionized the automotive industry, why it is revolutionizing military programs and the handful of instances where it has found root,” Roper said. “It just happens that it has been exceptionally classified in one of those instances.”