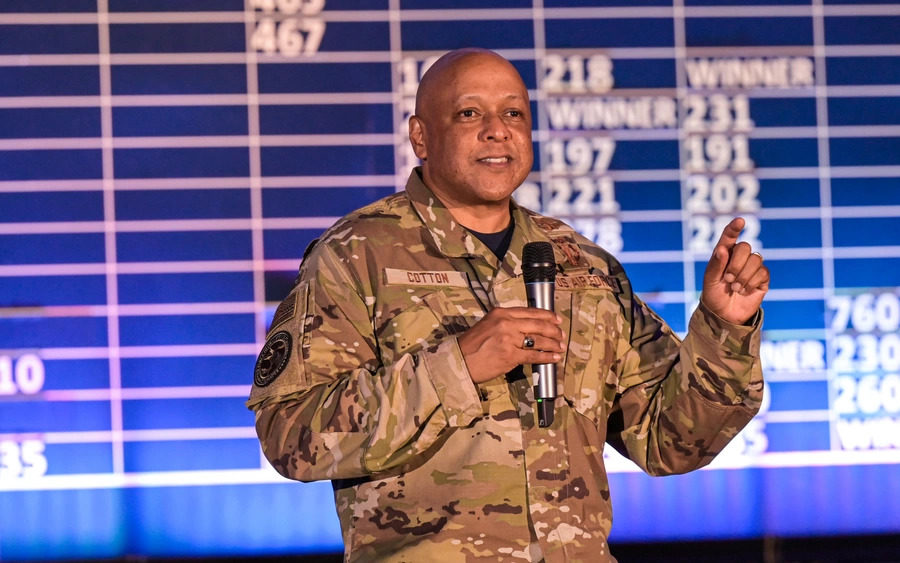 Less than a year after he was nominated to head Air Force Global Strike Command, Gen. Anthony J. Cotton is in line for another promotion, as President Joe Biden has nominated him to be the next leader of U.S. Strategic Command, the Pentagon announced June 8.

If confirmed, Cotton would succeed Adm. Charles “Chas” A. Richard in commanding STRATCOM, which is responsible for strategic deterrence, nuclear operations, joint electromagnetic spectrum operations, and missile defense, among other mission areas.

Cotton’s confirmation would also cap a whirlwind period for the trained missileer. In June 2021, he was deputy commander of AFGSC, second to Gen. Timothy M. Ray, when he was tapped to take over the major command. He was quickly confirmed to that post and took over from Ray in August, pledging to guide AFGSC through a critical moment as both of its legs of the nuclear triad undergo modernization efforts.

At the same time, Cotton has had to contend with China’s aggressive development of its nuclear arsenal. Richard, who he is set to replace, referred to that growth as “breathtaking” and a “strategic breakout.”

Most recently, Russia has engaged in nuclear saber-rattling over its invasion of Ukraine, raising fears that it could be setting the stage for actually using a nuclear weapon.

Cotton will have to confront both of those challenges if he is confirmed to lead STRATCOM. He has a long history in the realm of strategic deterrence and nuclear operations. In addition to his time as deputy commander and commander of AFGSC, he has also previously commanded the 20th Air Force, which oversees the Air Force’s intercontinental ballistic missile operations; and the 341st Missile Wing, responsible for the Minuteman III ICBMs at Malmstrom Air Force Base, Mont.

Other previous assignments for Cotton include serving as commander of the 45th Space Wing and as commander and president of Air University.

The first, Lt. Gen. James B. Hecker, is set to get a fourth star and become the next head of U.S. Air Forces in Europe-Air Forces Africa.

Hecker, the current commander and president of Air University, would succeed Gen. Jeffrey L. Harrigian, who has held the post since 2019. A pilot with experience on the F-15, F-22, MQ-1, HH-60, and T-38, Hecker has previously worked as vice director of operations for the Joint Staff, commander of NATO Air Command-Afghanistan, commander of the 19th Air Force, and commander of the 18th Wing.