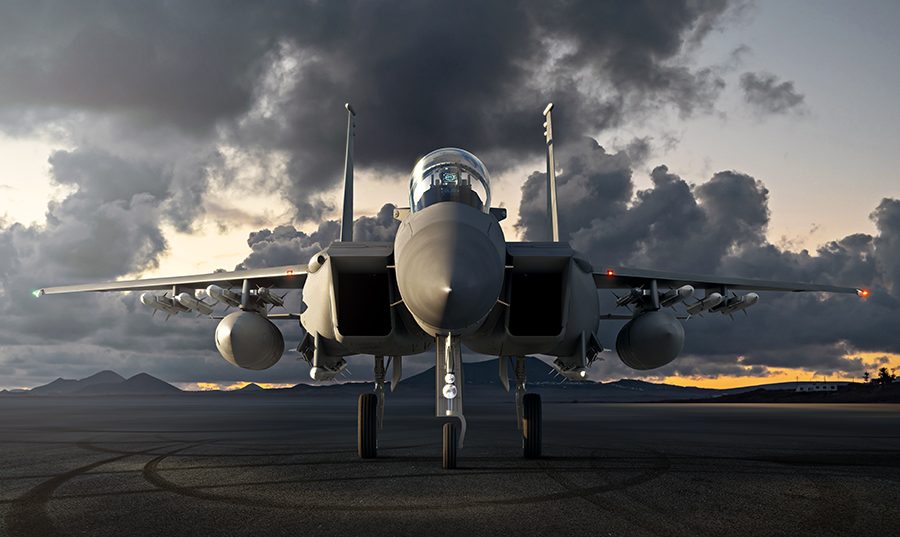 Lawmakers backed the Air Force’s plan to begin buying the F-15EX fighter jet from Boeing but want to restrict funding until the service provides more information about the model.

The service wants the Strike Eagle variant to replace older F-15Cs that are running out of flight time, and says the fourth-generation jet would complement newer models like the F-35. The Pentagon’s cost and program evaluation office floated, and former Defense Secretary Jim Mattis endorsed, the idea of adding the EX variant to the Air Force’s inventory.

Opponents argue the service should funnel that money into the F-35 program instead, and lawmakers raised concerns about the lack of information provided when the Air Force asked for the jets in its most recent budget request.

In the bipartisan, bicameral agreement on fiscal 2020 defense policy released Dec. 9, congressional authorizers said they want the Air Force to use rapid acquisition rules typically meant to bring prototypes to the field faster than regular procurement allows. The language allows for two initial batches of aircraft and to get a head start on buying materials for future lots.

The joint language requires the military to submit a “comprehensive report” with information on par with that of a major subprogram, but not the formal acquisition documents that could slow the program.

“The conferees expect the Secretary of the Air Force to maintain information transparency with the congressional defense committees, and to sufficiently and promptly keep the congressional defense committees apprised of issues particularly associated with the planning, cost, schedule, execution, fielding, or risk related to the F-15EX program,” lawmakers said in legislative documents accompanying the bill.

The Air Force requested an eight-jet buy for $1.05 billion, but lawmakers pulled $64.5 million they didn’t feel was needed for certain engineering work and instead authorized $985.5 million for eight aircraft.

However, the Air Force can’t use that 2020 money for anything other than two prototype jets until 15 days after Air Force Secretary Barbara Barrett sends Congress a report on the F-15EX program. She must outline the program’s acquisition, logistics, and fielding strategies, the cost and schedule for buying the jets, and how the service will test them. USAF can use the remaining money to research, develop, and buy parts for the six other fighters in the eight-piece purchase.

Air Force Magazine previously reported the F-15EX could carry “outsize” munitions like hypersonic missiles, and could serve as a possible standoff weapons magazine alongside other platforms.

Work on the F-15EX can’t proceed until a fiscal 2020 spending bill is signed into law.