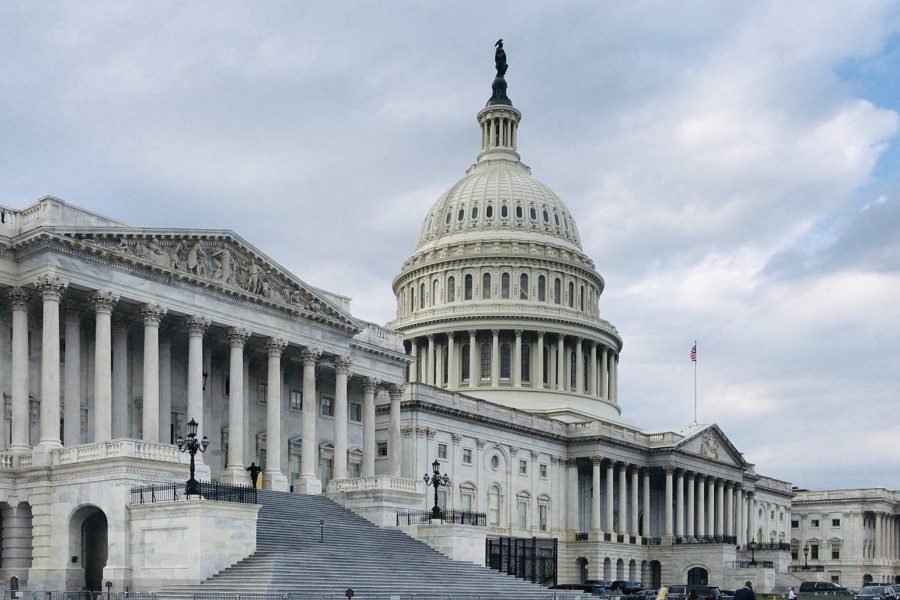 More than five months after the fiscal year began, Congress unveiled its 2022 spending bill for the Pentagon and the rest of the federal government in the early hours of March 9, with a proposed boost for defense spending.

All told, the 2022 Department of Defense Appropriations Act provides $728.5 billion in discretionary spending for the DOD and related activities—roughly 5 percent more than the funding in fiscal 2021 and above the $715 billion requested by the Biden administration.

“We invest smartly in some key areas—research and development is up by 12 percent, shipbuilding is up 15 percent,” Sen. Jon Tester (D-Mont.), chair of the Senate Appropriations defense subcommittee said in an appearance at the McAleese Conference. “We made some real investments in the battles of tomorrow: artificial intelligence, cyber, and expanding our capabilities to test the latest weapons.

The increase in spending was widely expected after the 2022 National Defense Authorization Act also added to the topline with bipartisan support. Rep. Michael Turner (R-Ohio), a member of the House Armed Services Committee, pronounced himself satisfied with the increase, telling the McAleese Conference that the funding looks “relatively like a Republican defense bill.”

Tester, however, seemed to warn that sizable increases to the budget won’t necessarily be bipartisan in the years to come.

“With this year’s boost in defense spending, many wonder if we’re on the verge of another era of rapidly growing budgets,” said Tester. “But rather than tie ourselves to a particular level of defense spending, I believe what is far more important is how well those funds are spent. America also has advantages that money simply cannot buy.”

This year’s potential increase in spending was the result of months of haggling between Democrats and Republicans, which resulted in a series of continuing resolutions to stave off a government shutdown.

DOD leaders repeatedly criticized the continued use of CRs, saying it hurt readiness, hampered their ability to start new programs, and slowed modernization.

There might be still one more to go, however—the most recent CR expires after March 11, and House leadership has introduced a four-day extension to March 15. That would ensure the Senate has the time necessary to pass the legislation. The House was expected to vote on both the CR and the omnibus spending bill on March 9.

“It is clear that we do not have much time to waste, so I hope my colleagues on both sides of the aisle in both chambers recognize the urgency and send this bill to the President’s desk as quickly as we possibly can,” Tester said. “I think the House may be voting on the bill right now. Hopefully, nobody will screw around tomorrow and the Senate will be able to pick it up and we can get it out.”

Still, top officials in Congress and the Pentagon expressed optimism that the new spending bill will allow the Defense Department to move forward, especially in aiding Ukraine in its defense against the recent Russian invasion. The spending bill includes $13.6 billion in aid for Ukraine.

“That’s a very hopeful sign,” DOD comptroller Mike McCord said at the McAleese conference. “It shows strong support, very much in line with what you saw, I think, in the State of the Union address—the strong bipartisan support for the Ukrainian people. We’re seeing that in the supplemental [aid], very grateful that Congress jumped on that, and I have a feeling that it kind of helped push the thing over the edge and get it done.”

The $13.6 billion provided to Ukraine exceeds the $10 billion requested by the administration. McCord said the extra funding will go to the Pentagon’s “drawdown” authorities and help to replenish their stocks of munitions and equipment that have already been sent to Ukraine.

Elsewhere in the spending bill, funding is included for 85 F-35s, equal to the number requested across the services, along with 12 F-15EXs and 14 KC-46s, both equal to the Air Force’s budget request.

The bill also provides $70 million extra in funding for the Air Force to sustain its fleet of A-10s. This increase is intended to help the service comply with NDAA provisions blocking the Air Force from retiring any of the aging Warthogs, which it has continually sought to do in recent years.

The bill would also require the Secretary of the Air Force to provide a report to Congress within 30 days of submitting the fiscal 2023 budget request “on any proposed divestments of the A-10 aircraft during the future years defense plan.”

The Space Force, meanwhile, is slated to receive a boost to its overall top line, from the $17.4 billion requested to approximately $18 billion—a roughly 17 percent increase from its 2021 budget. That includes $261 million from the service’s first unfunded priority list, including $61 million to accelerate a cislunar flight experiment.

Finally, the bill funds a number of benefits for service members, starting with a 2.7 percent pay raise. Additionally, it appropriates $278 million for military families struggling with housing in a market upended by the COVID-19 pandemic, $119 million for food assistance, and $686.4 million to address the jet fuel spill at Red Hill Bulk Fuel Storage Facility.