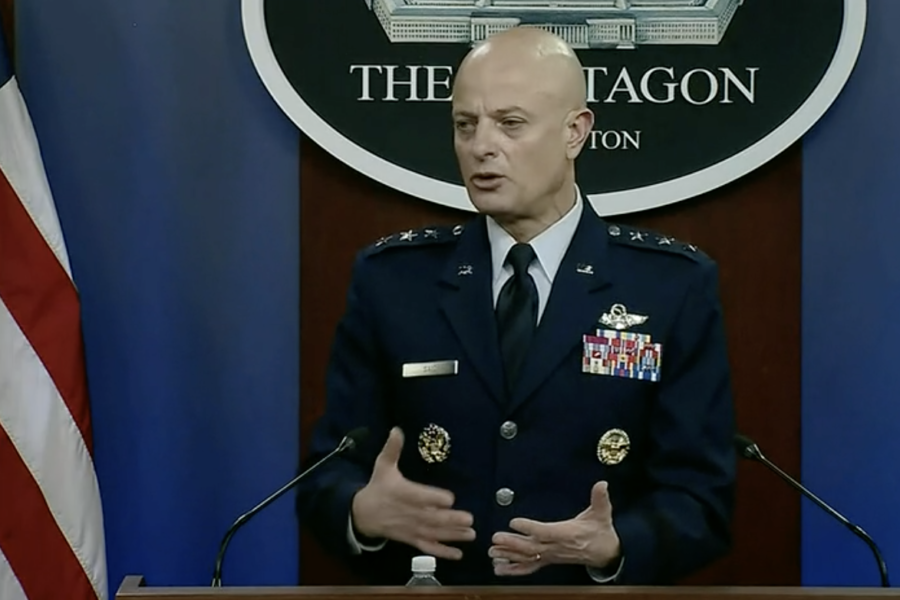 Three days after 13 Americans were killed at Hamid Karzai International Airport in Kabul, a U.S. Central Command strike cell in Qatar made a series of assumptions over the course of eight hours based on the intelligence available at the time, leading to the death of 10 innocent civilians, including seven children, according to the final report by the Air Force inspector general.

“Individuals involved in this strike that were interviewed during this investigation, truly believed at the time that they were targeting an imminent threat to U.S. forces on HKIA,” Said said.

He told defense reporters Nov. 3 the strike cell made a “reasonable” conclusion that the white Toyota Corolla driven by aid worker Zemari Ahmadi was a vehicle of interest, based on “intelligence available that correlated the Corolla to particular locations.”

Said attempted to paint a picture of a self-defense strike made during a vulnerable time when 13 service members had just been killed. Ground intelligence was not available and there were many known terrorist threats as the Aug. 31 evacuation deadline neared.

“You have to realize that strike cell was dealing with multiple threat streams tracking multiple vehicles at any given time,” he said.

The inspector general said confirmation bias then crept in, making analysts believe Ahmadi was acting suspiciously. A stop at a suspected ISIS location and handover of a computer bag was one example, since a computer bag was used in the Aug. 26 HKIA attack.

“So, the fact that on that day, on the 29th we’re watching this white Corolla, we saw an exchange of a computer bag. It wasn’t lost on people,” he said.

Despite the execution errors combined with confirmation bias that led to the “regrettable strike” and civilian casualties, Said said the investigation “found no violation of law.”

In all, Said described three recommendations listed in the classified report:

Removed from the pressure of the moment, Said also said a careful study of video footage two minutes before the strike was launched reveals physical evidence that a child was at the compound. Ultimately, seven children were killed in the strike, along with three Afghan men.

The Inspector General noted that the recommendations would only apply to time-limited, defensive strikes in urban settings, like the erroneous Aug. 29 strike, rather than a “typical” over-the-horizon, counterterrorism strike, which gathers information over days.

Assignment of accountability may still come through the chain of command, which has had the report for two days. Possible repercussions may include de-credentialing, firing, or re-training individuals involved.