Skip to content
An F-35A taxis during a combat exercise at Hill Air Force Base, Utah, May 1, 2019. Air Force photo by R. Nial Bradshaw.
Expand Photo 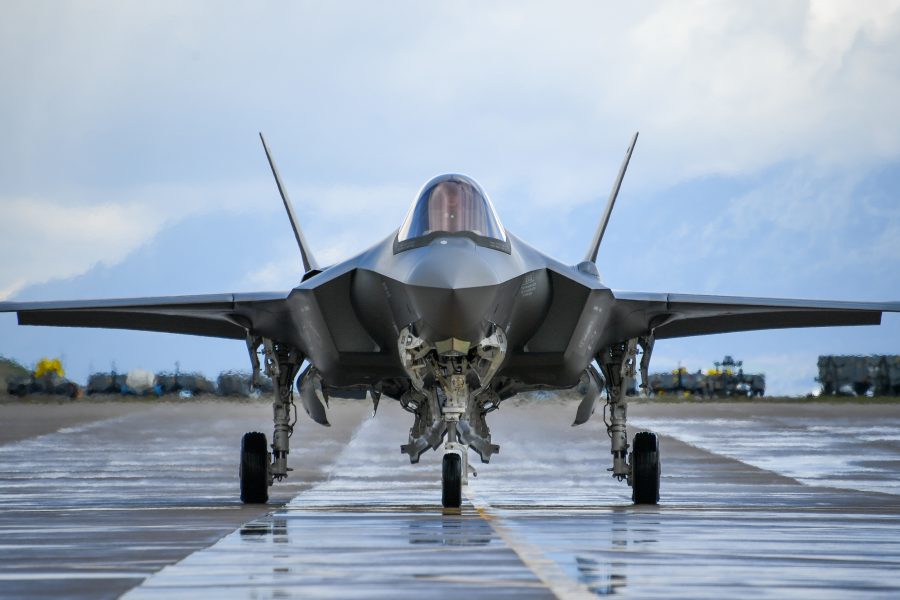 Bomb builders at Hill Air Force Base, Utah, this week are testing weapons for F-35As, B-1s, and MQ-9s as part of an in-depth combat evaluation exercise looking at the effectiveness of the bombs released from multiple aircraft.

The 86th Fighter Weapons Squadron, the military’s sole group tasked with testing the effectiveness of precision weapons, conducts the regular Combat Hammer evaluation at the Utah Test and Training Range. This year’s event includes F-35s from both Hill and Nellis Air Force Base, Nev., along with B-1s from Ellsworth Air Force Base, S.D., and MQ-9s from Creech Air Force Base, Nev.

“During Combat Hammer, we are tasked to evaluate the reliability, maintainability, suitability, accuracy, and readiness of combat weapons systems against realistic threats and targets,” said Master Sgt. George Bermudez, superintendent of WESP at the 86 FWS, in a Hill release. “This requires an end-to-end evaluation of the total fielded integrated weapons system—from the manufacturer delivery to the effect on the target.”

In the exercise, the 86th FWS evaluates all parts of the bomb dropping process, from beginning to end, including the aircraft, the weapon, the delivery system, aircrew, support equipment, technical data, and maintenance, according to the release.

“We evaluate the bomb builds by each unit, and will then move onto the loading process, and finally to employment by aircrew members to the designated target site,” Bermudez said in the release.

While the Air Force did not disclose what weapons are used in this event, previous Combat Hammer evaluations focused on new precision weapons. For example, in 2019 the squadron evaluated the GBU-49 “Paveway II” bomb, with aircraft including F-35s, A-10s, B-1s, MQ-9s, F-16s, and B-52s participating, according to the base.

The squadron also hosted another Combat Hammer exercise in March with F-15Es from Seymour-Johnson Air Force Base, N.C.