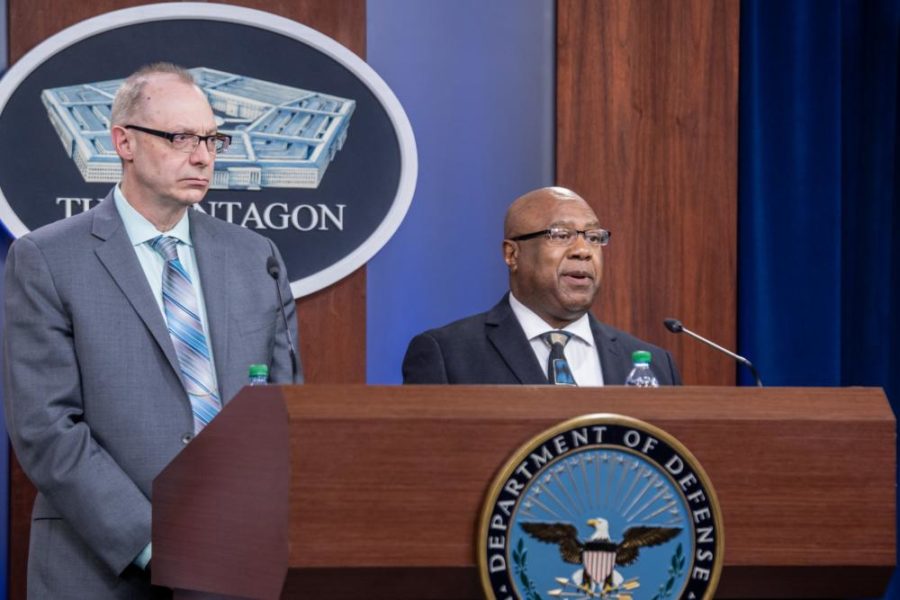 China and Russia have dramatically boosted their presence in space in the past several years, increasing security concerns for the U.S. now and in the future, according to a new report from the Defense Intelligence Agency.

In particular, the “Challenges to Security in Space” report highlighted the dangers of China seeking to use counterspace operations to cripple U.S. military capabilities, and the potential military implications of China and Russia increasing exploration and use of cislunar space, the moon, and beyond.

“Evidence of both nations’ intent to undercut the United States and allied leadership in the space domain can be seen in the growth of combined in-orbit assets of China and Russia, which grew approximately 70 percent in just two years,” Kevin Ryder, Defense Intelligence Agency senior analyst for space and counterspace, said in an April 12 press briefing. “This recent and continuing expansion follows a more than 200 percent increase between 2015 and 2018.”

The first “Challenges to Security in Space” report was published by the DIA in 2019. The 2022 follow-on, based largely on public information and press reports, “examines the expansion of space operations and details Earth-focused space services, as well as growing efforts to explore the moon and beyond,” said John Huth, DIA defense intelligence officer for space and counterspace.

The expanded focus on moon exploration is a new addition to the latest version, with the report noting that if China and Russia are successful in their effort there, “it will likely lead to attempts … to exploit the moon’s natural resources.”

The national security implications of such attempts for the U.S. are still unknown, Huth and Ryder said. But particularly for China, any lunar capabilities have to be watched with caution, they said.

“What we’ve seen so far has been more civilian in nature. However, China emphasizes in their writings civil-military integration and dual-use purpose space capabilities. So while we do understand that right now, it is civil in nature, we continue to monitor for any possibility of military activity,” Ryder said.

“Technologies that are used for scientific purposes, to get somebody to another body, i.e. the moon, could also have that dual-purpose or that military-civil fusion aspect that could translate into military capabilities, but we’re not seeing that right now,” Huth added.

China has hopes to land its astronauts on the moon by the mid-2030s, while China and Russia have combined forces for plans for a lunar research base with construction starting by 2025.

More immediately, the report stresses that China perceives the U.S. as reliant on its space-based capabilities in conflict—without them, the Chinese believe the U.S. and its allies would struggle with  precision-guided munitions, reconnaissance, communication, navigation, and missile warning.

As a result, China has sought to incorporate space and counterspace operations into its broader military, viewing space superiority as a “critical component to conduct modern ‘informatized warfare’,” the report states.

With the dramatic expansion of in-orbit assets for both Russia and China comes concerns about space situational awareness, as “the probability of collisions of massive derelict objects in low Earth orbit is growing and almost certainly will continue through at least 2030,” the report states.

Part of that is due to the sheer number of vehicles currently in orbit and slated to launch in the coming years. But Russia and China have both also amped up anxieties with anti-satellite tests. Russia’s most recent such test in November 2021 was an early challenge for U.S. Space Command’s domain awareness, and the report notes that the Russians are reportedly developing an air-launched anti-satellite weapon.

China, meanwhile, “probably intends to pursue additional ASAT weapons that are able to destroy satellites up to” geosynchronous orbit, the report states.

Such weapons can create massive debris fields, making them one of the key issues for the future of space identified in the report.