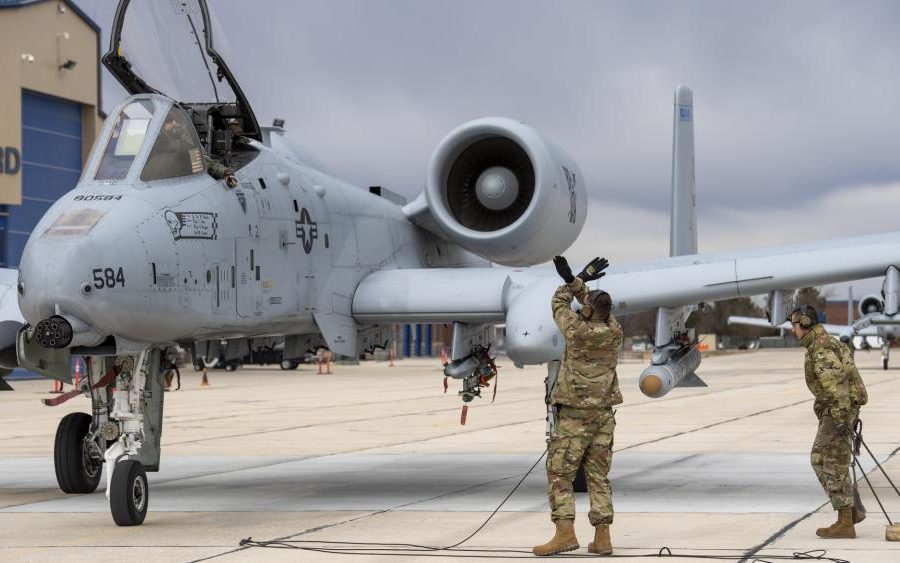 The 250 aircraft the Air Force is seeking to divest in fiscal 2023—with potentially a net 1,000 coming out of the inventory over the five-year defense plan—are largely airplanes the service considers obsolete for air combat and wouldn’t take to war anyway, said Chief of Staff Gen. Charles Q. Brown, Jr.

In a roundtable discussion with defense reporters, Brown characterized the fiscal 2023 budget as the second bite at his “accelerate change or lose” approach to transitioning the Air Force to the capabilities it will need in the future.

Brown said “raw numbers” of aircraft don’t tell the whole story. He needs to push the aircraft inventory from war-irrelevant systems to ones that will be war-winning in the future. However, he acknowledged the near-term risk against a backdrop of Russia’s invasion of Ukraine and China’s increasingly threatening posture toward Taiwan. “We all feel a bit of discomfort” about it, he said.

Brown said he appreciates that Congress, in the 2022 National Defense Authorization Act, allowed the retirement of “some things we had not been able” to divest previously, with the notable exception of the A-10, but said there’s much more to do.

When asked if USAF would refuse to send the aircraft it’s asking to divest to war, Brown said, “To an extent, yeah.”

It’s a “transition” he said, because “you’re going to have to maintain some level of capacity and capability” in the near-term while preparing for the future.

The 2023 budget is carefully constructed to have enough capacity to take on near-term scenarios while building toward a future force that can meet all comers, Brown said. Air Force Secretary Frank Kendall has characterized the requested retirements as being the billpayers for the research and development of future capabilities, like the Next-Generation Air Dominance (NGAD) program and related systems.

The Air Force would only buy 57 fighters in the 2023 budget proposal, but has said in recent years that it must buy 72 fighters annually to keep the fighter fleet from aging beyond its current average of 29 years.

Asked if 72 is still the goal, Brown said the Air Force must find the funds for the “once-in-a-generation” recapitalization of the nuclear command and control system and the “two-thirds” of the nuclear triad the Air Force is responsible for. He didn’t say how long USAF will tap the fighter accounts to pay for nuclear modernization.

Of USAF’s “4+1” fighter scheme for the next 15 years or so, Brown said he’s anxious to retire the “+1”, which is the A-10, because it lacks the survivability needed to make a contribution to a war with a peer adversary, and it consumes resources—people and funds—that could be used to accelerate bringing on needed new systems.

“I’m focused on aircraft with multirole capabilities,” he said, and the A-10 doesn’t meet that test.

Brown defended the acquisition of the F-15EX, saying its avionics and other improvements put it ”in some ways … on a par with fifth-generation” fighters, providing near-term fighting capacity and a useful “bomb truck” able of carrying many weapons and oversize munitions. He indicated that the F-15EX alone among the current fighter fleet will be capable of carrying the Hypersonic Attack Cruise Missile, or HACM, and shouldn’t be discounted simply because it has “a fourth-generation outer mold line.”

Brown said the NGAD and a new “B-21 family of systems” will likely have uncrewed escorts that will carry additional munitions and perform electronic jamming.

He has upped his engagements with members of Congress, trying to convince them that the Air Force’s strategy is the right one and the near-term reductions in the force are a necessary but worthwhile investment. Experience has shown, he said, that presenting Congress with a “take it or leave it” plan will not work, and USAF must be flexible enough to “work with” lawmakers to smooth the transition.

Giving members “a better idea of where I’m coming from” was largely successful in getting needed divestments in the 2022 budget, he said, and he plans to maintain the pace of engagement this year, with attention to the issues that have been “of interest” to them in the past, Brown said.