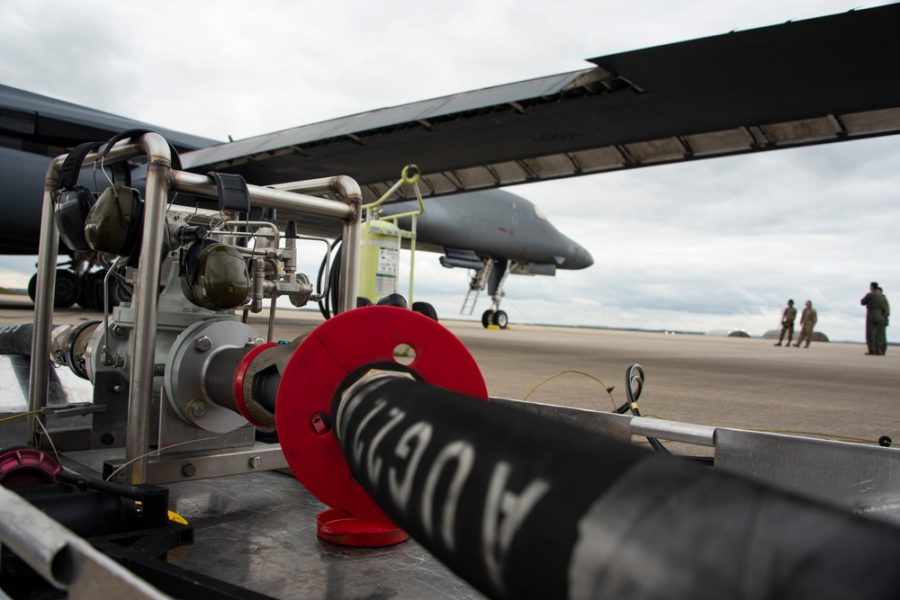 Master Sgt. Jason Yunker literally scribbled his hot-pit refueling idea on the back of a bar napkin. As of Oct. 11, it became part of the Air Force’s new operational concept of agile combat employment while promising to save his command more than $1 million a year.

At Spangdahlem Air Base in Germany, the Airmen-invented Versatile Integrated Partner Equipment Refueling kit, or VIPER, refueled a B-1 bomber for the first time following a Bomber Task Force Mission-Europe operation in the Baltic region.

The Air Force has typically sent refueling trucks to air bases at a cost of $80,000 each by air or $14,000 each over land in Europe, with wait times between three and 10 days. As a non-hazardous material unit, the VIPER kit can empty of fuel in 10 minutes and weighs a sixth of a refueling truck.

The VIPER kit is projected to save USAFE-AFAFRICA nearly $1.3 million annually in fuel truck-shipping costs alone.

“The big difference is that it can basically adapt to different types of aircraft,” said Bryan from Ramstein Air Force Base following the first bomber refueling. The VIPER had already refueled an F-16.

The innovation, Yunker said at the time, mimics how pitstops quickly service race cars. He said the idea came to him while deployed on a bomber mission in the summer of 2020, when two fuel trucks had to be shipped for one 10-minute bomber refueling.

“That’s when we realized we have to find a better way,” he told a panel of nine celebrity judges that included acting Secretary of the Air Force John P. Roth, Air Force Chief of Staff Gen. Charles Q. Brown Jr., and Chief of Space Operations Gen. John W. “Jay” Raymond.

While the innovation did not win the overall $2 million Spark Tank prize, it was the viewer’s choice, and as a top-five finalist, the team received $1.2 million to complete the project.

“The innovation is hopefully going to change the standard for how we do our jobs,” Yunker said in an Oct. 14 Air Force press release.

Yunker underscored how the mobile refueling sled can be used at any NATO-interoperable location or civilian airport, making it employable for hot-pit refueling—one in which engines remain on—at austere locations in the European or Indo-Pacific theaters.

There are currently two fully functional VIPER hot-pit refueling systems. By the end of 2021, USAFE is expected to distribute more than 20 additional VIPER kits to various locations throughout Europe and the Pacific.

“One of the beauties of it is that the crew can actually stay inside the aircraft, meaning that it’s that much faster,” Bryan said.

“Everything is moving as fast as possible, and you’re building up that agility aspect of it—of getting on the ground, refueling, getting back up in the sky,” she added.

When VIPER won fan favorite at the AFWERX Spark Tank competition in February, Yunker recalled the moment he first shared his bar napkin design: “I was like, ‘Hey, is this a good idea?’ And somebody was like, ‘I think so.’ And then, we just went with it.”