Skip to content
A B-1B Lancer flies with a Danish F-16 during a training mission for Bomber Task Force Europe on May 11, 2020. Danish Air Force courtesy photo.
Expand Photo 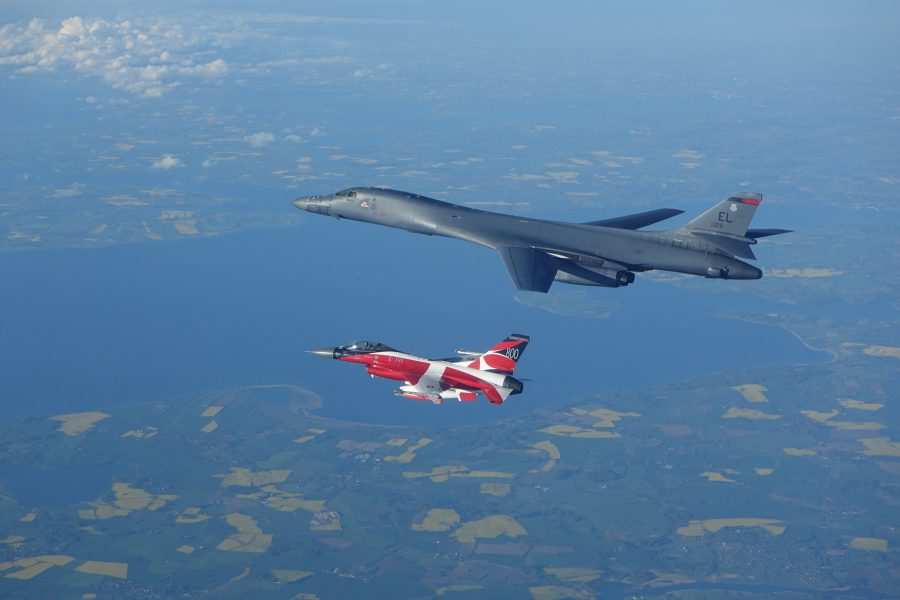 The unprecedented pace of bomber task force deployments to Europe recently has allowed USAF’s strategic forces to train with allies they haven’t flown alongside before in areas generally unfamiliar to the bombers, the head of U.S. Air Forces in Europe said.

The task force flights, which recently have been flown direct from the continental U.S., have ventured into the Black Sea, the Baltics, and even the Arctic to demonstrate how well U.S. Strategic Command and Air Force Global Strike Command are able to integrate with allies, USAFE boss Gen. Jeffrey L. Harrigian said June 29.

“We were able to generate these sorties and coordinate them from across Europe to facilitate training opportunities, demonstrate interoperability, and, at the end of the day, ensure that as we continue to refine … our muscle memory to operate across Europe,” Harrigian said during a virtual Mitchell Institute for Aerospace Studies event. “These bomber task force [flights] afforded us a tremendous opportunity to do that, and so we took advantage of it.”

In the future, USAFE expects to once again host bomber deployments at RAF Fairford, England, for Europe operations, and also support bombers on direct training flights to and from their home bases.

“At some point, we will continue those operations as we have previously executed, as we continue to execute these that launch from the CONUS, we have found great value in these bomber task force missions,” Harrigian said.