Skip to content
A Boeing 737 Next Generation Airliner is modified to become an E-7 Wedgetail at a facility in Birmingham, U.K. Photo from Twitter/Air Marshal Andrew Turner, Royal Air Force.
Expand Photo 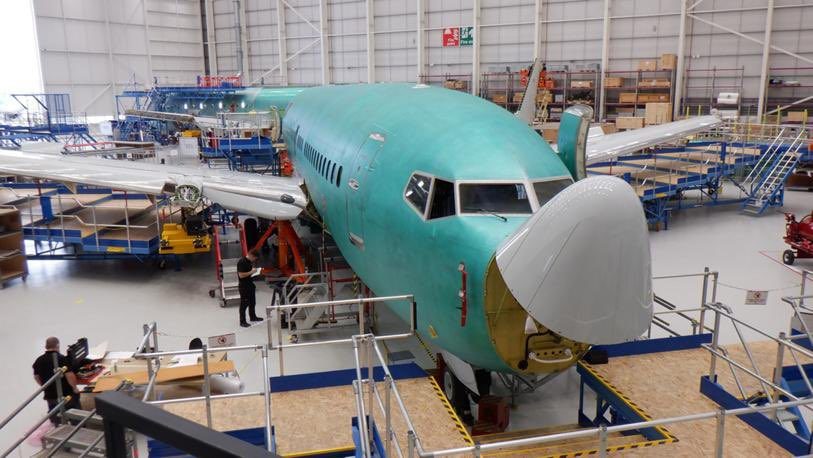 FARNBOROUGH, U.K.—The Air Force’s aging E-3 Sentry fleet is on its last legs. The service has already asked in the 2023 budget to retire half the fleet, and its replacement, the E-7 Wedgetail, has been selected.

But now, lawmakers and observers are asking a new question: How quickly can the Wedgetail actually be delivered? The Air Force has said the first prototypes will be delivered by 2027—but Boeing, the contractor behind the airframe, says it is ready to help accelerate that process.

“There’s a lot of options, and we’d be happy to explore those with the U.S. Air Force,” Tim Flood, Boeing’s senior regional director of international business development for Europe and the Americas, told reporters at the Farnborough International Airshow when asked about the possibility of getting the Wedgetails into service faster.

The urgency to replace the E-3 is nothing new. Gen. Mark D. Kelly, head of Air Combat Command, said in October 2021 that he wanted the wanted the E-7 in the fleet “two years ago.” The degraded state of the E-7 fleet has made it such that it requires a “Herculean” effort just to keep mission capable rates around 50 percent, he added.

The airframe is so old and unreliable, there is already a capability gap, meaning retiring much of the fleet before the E-7 is ready won’t incur more risk than already exists, Gen. David S. Nahom, former deputy chief of staff for plans and programs, told Congress in May.

Yet at the same time, acquisition officials say they have moved fast in the process to select the Wedgetail but that they will not “rush” the process to get it into the fleet.

The current plan calls for funding for two “rapid prototypes,” one each in 2023 and 2024, followed by a production decision in 2025, two full years before the prototypes are delivered in 2027.

Members of Congress have expressed concerns about that timeline, pressing Air Force leaders on the possibility of moving those dates up. In May, Air Force Secretary Frank Kendall told the Senate Armed Services Committee that it takes two years to build the airframes, based on Boeing’s 737 Next Generation aircraft, and another two years to modify them, and that the U.S. may be stuck behind other customers with their order. Still, he left the door open that “there are things that we could do … to maybe get access to aircraft earlier one way or another.”

The Air Force has reportedly already decided, however, that it won’t pursue one of those potential ways. According to multiple media reports, Andrew Hunter, assistant secretary for acquisition, recently said the service will likely not look to buy used 737s and adapt them, a route taken by the Royal Air Force.

Yet even with that option off the table, Flood indicated that Boeing could still find ways to get the E-7s to the Air Force faster.

“First of all, the capacity to deal with 737 [Next Generations] is strong … So to incorporate the modification program, there is capacity there to accelerate,” Flood told reporters. “We will talk to the U.S. Air Force about how fast they want to move and how to … find ways to increase the schedule.”

Flood added that Boeing’s Renton, Wash., facility that manufactures 737s for military use would be able to increase production, based on customer demand. In addition to the E-7, Boeing’s P-8 Poseidon aircraft is based on the 737.