Skip to content
A KC-46 Pegasus taxis on a runway of the 97th Air Mobility Wing for the first time on Feb. 8, 2019, at Altus Air Force Base, Okla. Air Force photo by Tech. Sgt. Kenneth Norman.
Expand Photo 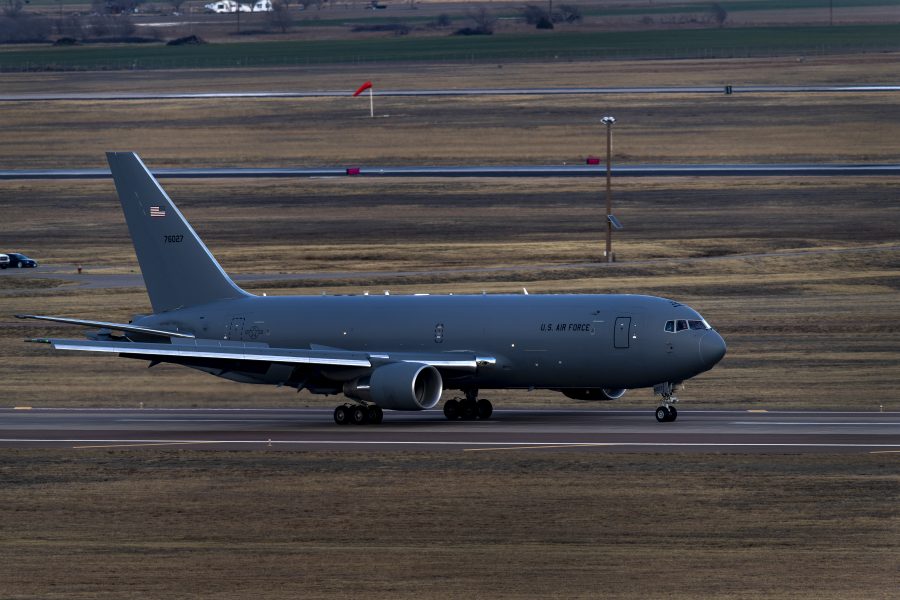 Boeing expects to spend $551 million of its own money on the design and implementation of fixes to the KC-46 Remote Vision System, as part of a new $827 million charge on the aircraft, the company announced April 29.

The Air Force and Boeing early this month announced “Remote Vision System 2.0,” an agreement to replace the cameras and other significant components of the new tanker. The Air Force has accepted more than 30 of the tankers so far despite significant flaws—the biggest being RVS—that prevent it from refueling multiple aircraft, and officials say the airframe is years away from being operational.

The new plan will include new 4k color cameras with proper viewing geometry, larger and higher definition screens for the boom operator, a laser ranger for refueling aircraft distance measurement, and augmented reality. The updates will lay the groundwork for eventual automated refueling, according to the company and the Air Force.

“While the tanker program has had delays and other challenges, with this month’s agreement with the U.S. Air Force to develop and integrate a new Remote Vision System, we will ensure that KC-46 becomes the standard by which all future refueling aircraft are measured,” Boeing President and CEO David Calhoun said in the company’s first quarter earnings call. “Given its 2020 design update, no other tanker will have the technological capabilities of the KC-46.”

In announcing the agreement, Will Roper, the Air Force’s assistant secretary for acquisition said, “We wanted to send a clear signal in the deal that this is our tanker for the future.”

The service and Boeing expect initial fielding in 2023.

While the company announced the new $827 million charge on the KC-46, it is expecting to receive $882 million of payments that had already been withheld for non-compliance, the Air Force said when announcing the RVS plan.

As part of the contractual agreement for the tanker, the Air Force covered the first $500 million in overruns to the program with Boeing responsible for the rest. So far, Boeing is responsible for more than $4.5 billion in costs.

The remainder of the new $827 million charge, outside of the RVS costs, centers around “productivity inefficiencies” and impacts of the company’s decision to shut down its Washington state facilities because of the new coronavirus outbreak.

Coronavirus has also impacted other Boeing Defense programs, including progress on VC-25B, or the new Air Force One, though Calhoun did not provide specifics.