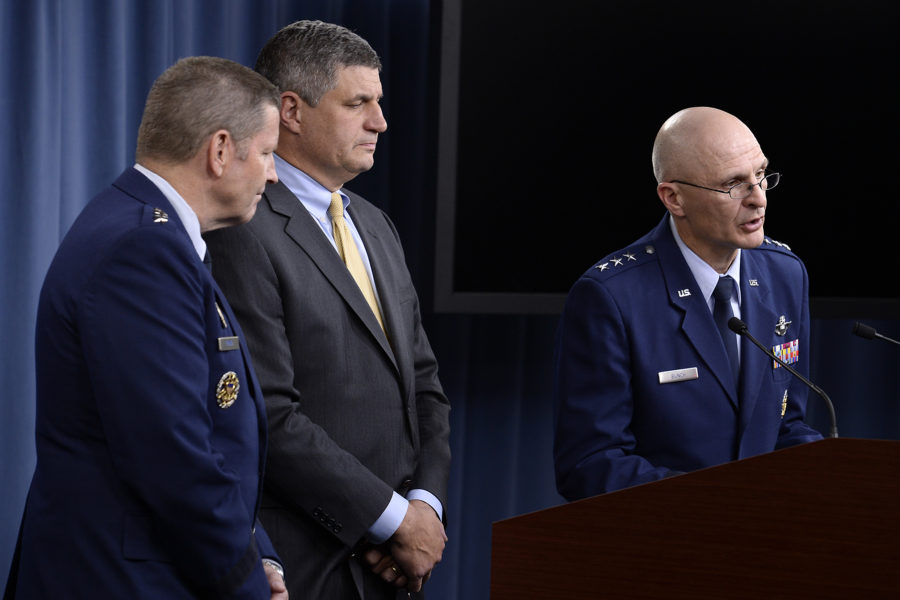 President Joe Biden will nominate William LaPlante as undersecretary of defense for acquisition and sustainment, moving to fill a crucial and long-vacant Pentagon leadership post, the White House announced Nov. 30. LaPlante, a defense management veteran, enjoys solid support on Capitol Hill and should be confirmed easily, although the Senate may not take up his nomination until early 2022.

LaPlante, who served as the Air Force’s acquisition, technology, and logistics chief from early 2014 until late 2015, was the architect of the B-21 bomber contract, the subsequent success of which has earned praise even from harsh Pentagon critics such as House Armed Services Chair Rep. Adam Smith (D-Wash.). If confirmed, LaPlante will succeed Ellen M. Lord, who held the top acquisition and sustainment job from early 2018 until early this year. In the nine months since, Stacy A. Cummings has filled the role in an acting capacity.

LaPlante is “a seasoned national security leader with nearly four decades of experience in acquisition, technology, sustainment and the defense industrial base,” the White House said. While serving as the Air Force service acquisition executive, LaPlante realized “nearly $6 billion in ‘should cost’ savings” in service programs.

When Air Force Secretary Frank Kendall held the post LaPlante is nominated for, and LaPlante was the Air Force acquisition executive, the two reportedly had an effective working relationship.

If confirmed, LaPlante will need to tackle the challenges of sustaining the F-35 program as it transitions from development to mature system; increase the size of the Navy; manage the modernization of the nation’s nuclear triad; and work with the defense industrial base to provide new capabilities and the capacity needed for a multipolar, great-power competition world. He will need to adapt new congressional authorities to accelerate defense procurement and sort out a byzantine and parochial defense software enterprise.

LaPlante is president and chief executive officer of Draper Laboratory, a nonprofit engineering innovation company. Prior to that, he was senior vice president and manager of national security programs for the Mitre Corp.

While LaPlante’s nomination is a big step in getting the Pentagon firing on all cylinders, there are still 13 positions requiring Senate confirmation for which there are still no nominees, including Secretary of the Navy. In addition, some 22 nominees are waiting for a confirmation hearing or vote. Another 22 have been confirmed. The most senior other vacancies are deputy undersecretary of defense for acquisition and sustainment, which would be LaPlante’s No. 2, and deputy undersecretary for intelligence and security.

An engineer with a doctorate in mechanical engineering from Catholic University, LaPlante has served on a range of scientific boards. At Mitre, the federally funded research and development center, he spearheaded public-private partnerships to help develop advanced command and control, system of systems concepts, as well as new cyber and supply-chain approaches.

Among the many boards LaPlante served on are the National Defense Industrial Association, the U.S. Strategic Command Senior Advisory Group, and the Naval Research Advisory Committee.