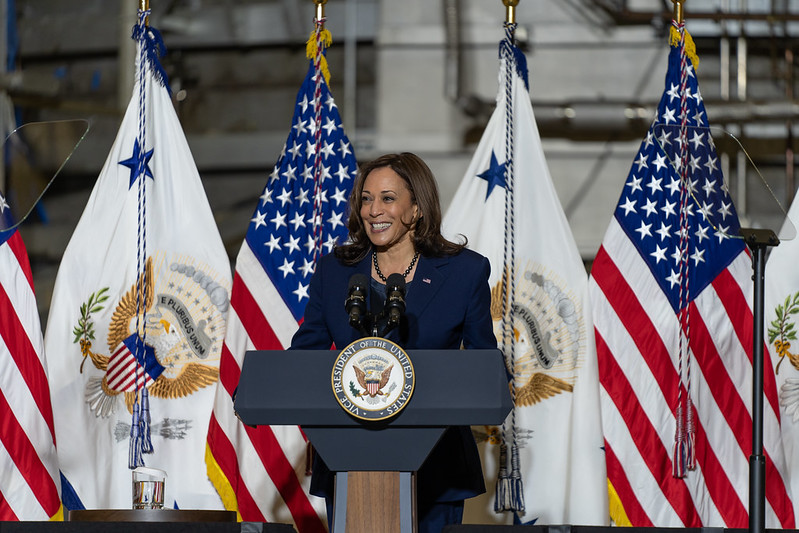 The White House released its United States Space Priorities Framework on Dec. 1, as senior leaders gathered at the U.S. Institute of Peace in Washington, D.C., for the first National Space Council meeting led by Vice President Kamala Harris. Listed among five U.S. priorities is to “defend its national security interests from the growing scope and scale of space and counterspace threats.”

To deter aggression in space, the document says the U.S. will “accelerate its transition to a more resilient national security space posture and strengthen its ability to detect and attribute hostile acts in space.” The U.S. also will “take steps to protect its military forces from space-enabled threats,” according to the document.

In his Dec. 1 executive order authorizing the National Space Council and outlining its duties, President Joe Biden added five new seats to the council for the Secretaries of the Interior, Agriculture, Labor, and Education and the National Climate Advisor.

Deputy Secretary of Defense Kathleen H. Hicks credited her boss’ rules for appropriate conduct in space as a step toward stopping perilous, debris-generating anti-satellite tests like the one Russia carried out Nov. 15. Hicks referred to Secretary of Defense Lloyd J. Austin III’s Tenets of Responsible Behavior in Space during the Dec. 1 meeting.

Russia’s test, in which it launched a kinetic kill vehicle by rocket at a defunct satellite, “really demonstrates the potential deadly effects if tenets like this are not widely shared,” Hicks said. “We’ve seen significant amounts of hazardous debris created that … could still threaten the lives of those space travelers who are in low Earth orbit, and that risk will continue for years with space assets that are vital for all nations’ interests.”