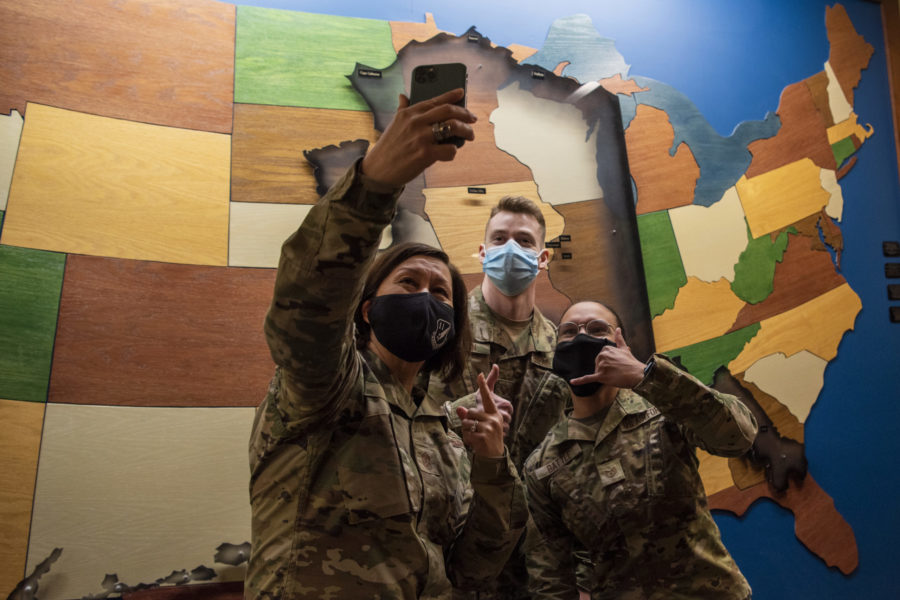 The Air Force is poised to revamp how it does assignments, Chief Master Sergeant of the Air Force JoAnne S. Bass announced Sept. 21—including a policy allowing Airmen to swap assignments with each other.

Bass detailed the changes in a keynote address at AFA’s Air, Space & Cyber Conference, while also announcing the service will begin field testing digital tests for enlisted promotions and debut a new foundational document intended to educate Airmen on the Joint Force, the “Purple Book.”

The changes to enlisted assignments are the result of recommendations from the Enlisted Assignment Working Group, Bass said. The working group, which she first announced in April 2021, was tasked with making the assignment process more flexible and transparent, with an eye toward how assignments should look in 2030 and beyond.

“By the way, they’re going to benefit the whole of Air Force,” Bass said of the changes in her keynote address.

Among the changes are switches to assignment priority posts for military training instructors, military training leaders, and recruiters, Bass said. The service will also remove time-on-station requirements for expedited transfers, an issue linked to ensuring survivors of sexual assault and harassment can move away from abusers and get a fresh start.

Another change Bass announced that garnered cheers from the thousands of Airmen in attendance will affect recently deployed troops.

“For Airmen returning from deployment, you will not have a ‘report no later than date’ within 120 days from the date that you return,” Bass said—ensuring service members will have time to recover and reset after deployments before moving to a new assignment.

Perhaps the biggest round of applause, however, came after Bass teased a new “assignment swap policy.”

The Air Force previously had an assignment exchange program for Airmen in the continental U.S. Enlisted and officers could find other Airmen with the same grade and speciality and apply to swap assignments.

The program was shut down, however, when it was determined to be “unfair,” according to an Air Force Personnel Center post on Facebook. Because Airmen had to cover their own moving expenses, some in the lower ranks couldn’t afford to participate. All told, less than 5 percent of Airmen took advantage of the program.

Bass declined to share any details on the new assignment swap policy, and an Air Force Personnel Center spokeswoman told Air & Space Forces Magazine that the service is still “in the early stages of establishing” program, with no set start date established.

“We are working with our partners to build out the process and identify business rules to make the program more inclusive with minimum restrictions,” the spokeswoman added.

Still other changes are coming to assignments, Bass promised.

“There’s a whole lot more coming, but I knew this would get to the media, and I’d get the details wrong. So there’s more coming,” she said.

Elsewhere in her speech, Bass gave a nod to the “#Fixourcomputers” rallying cry that has become popular among Airmen frustrated with the service’s outdated IT systems, displaying a picture of herself from her early days in the Air Force, working at a computer.

“We all realize that we have a whole lot of work to do on some fronts,” Bass acknowledged. “That said, we have dedicated leaders who are well aware of these IT and these system challenges and they are very committed to getting after this, especially our CIO,” Lauren Barrett Knausenberger.

In particular, Bass pledged improvements to myEval, the new enlisted and officer evaluation system application that launched early this year but has garnered negative reviews from users.

The problems with myEval aren’t stopping the Air Force from going digital in other areas, though. “We will start field testing digital WAPS and finally bring promotion testing into the 21st century,” Bass said.

Digital testing for the Weighted Airman Promotion System has been a longtime goal for Bass. Earlier this year at AFA’s Air Warfare Symposium, she pledged that if digital WAPS testing didn’t happen before the end of 2022, “something is wrong.”

The move to digital testing would eliminate the possibility of losing paper tests in the mail. There have been several such incidents in recent years, costing some Airmen a shot at promotion. It would also help usher the promotion process into the modern era, something Bass has said is crucial for cultivating and retaining Airmen.

Also in the digital realm, Bass’ speech included a moment when a QR code flashed on the screens flanking the stage, directing those who followed it to the Air Force’s newest “foundational” document—the Purple Book.

The 39-page document is intended to help Airmen “internalize what it means to fight jointly, understand the missions of the Joint Force, appreciate the joint organizations that are leading the fight, comprehend how to integrate in a joint warfighting environment, and identify how the Air Force fits into the joint construct,” its Purpose section states.

It includes basic information about the Joint Chiefs of Staff, the combatant commands, joint components and task forces, and other DOD-wide agencies. It also establishes basic principles, functions, and ideals for joint service members.

The Air Force is “the first service and the only service who has a book to help [you] become a better joint-minded service member,” Bass said.

The release of the Purple Book was one of the objectives established in the Enlisted Force Development Action Plan released by Bass, and follows on new editions of the “Blue and Brown Books—“The Profession of Arms: Our Core Values” and “The Enlisted Force Structure,” respectively.