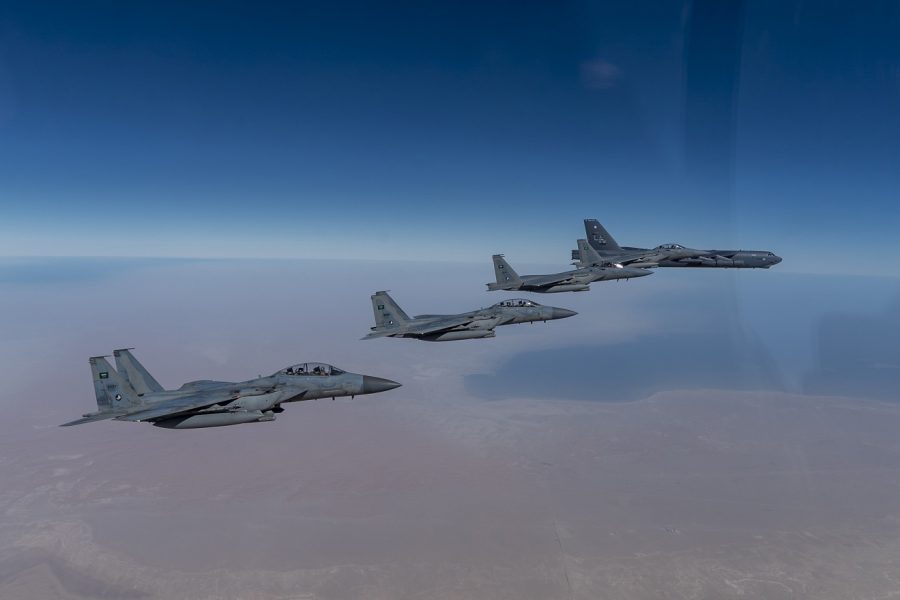 Barksdale B-52 Flies Direct to the Middle East

A B-52 flew a long-range direct sortie from Barksdale Air Force Base, La., to the Middle East on Jan. 27, the third such flight this year and the first under the new Biden administration.

The bomber from the 2nd Bomb Wing flew the “presence patrol” over the Persian Gulf and Saudi Arabia, linking up with Air Forces Central Command F-15Es, F-16s, KC-10s, and KC-135s, according to a U.S. Central Command release. The bomber also flew alongside Royal Saudi Air Force F-15s.

“This long-range, short-duration, defensive mission was intended to demonstrate the U.S. military’s ability to deploy airpower anywhere in the world to deter potential aggression and showcase the U.S. commitment to regional security,” CENTCOM said in the statement.

The flight is the sixth in about three months, and the third in 2021. The Air Force has been sending Stratofortresses to the region as a show of strength and deterrence as tensions with Iran remain high.

Within the past year, the service moved away from long-duration deployments of the bombers and instead flies the long-range bomber task force flights roundtrip from home bases in the U.S.