Skip to content
A B-2 Spirit assigned to the 509th Bomb Wing at Whiteman Air Force Base, Mo., departs after refueling with a KC-135 Stratotanker assigned to the 100th Air Refueling Wing at RAF Mildenhall, U.K., on June 18, 2020. The aerial refueling was conducted as part of a strategic bomber mission north of the Arctic Circle. Air Force photo by Airman 1st Class Joseph Barron.
Expand Photo 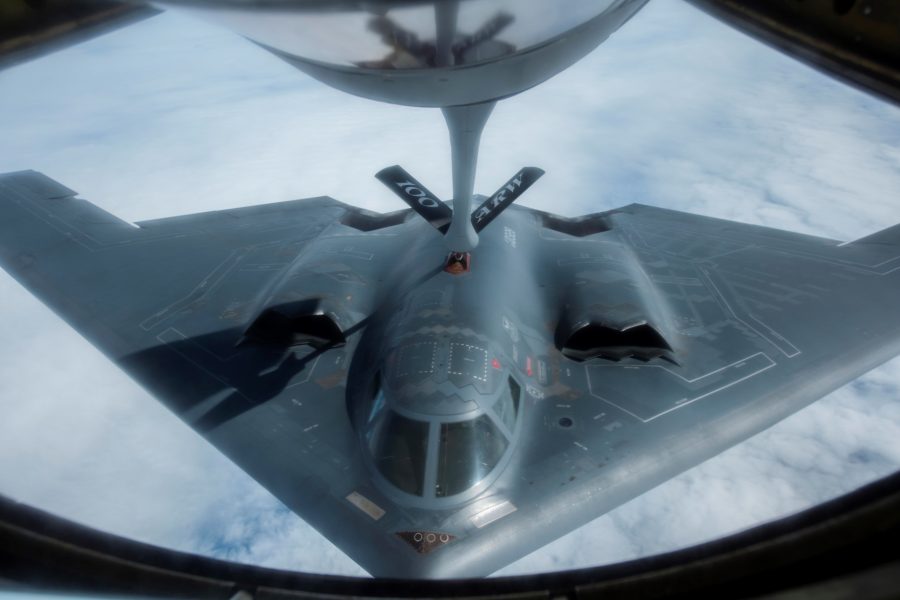 Two B-2s linked up with Norwegian F-35s north of the Arctic Circle on June 18 to demonstrate long-range strategic integration, as the Air Force is set to release a new strategy on how it will operate in the Arctic, the head of U.S. Air Forces in Europe said.

Gen. Jeffrey Harrigian, speaking to reporters in a virtual event, said the service “in the very near future” will release the document for operating in the Arctic, which “will more broadly inform our way ahead for operations” in the increasingly important region. While the broader Defense Department and other services have published their own strategies for the Arctic, this document will be new for the Air Force.

“The Arctic remains a key area for us to continue to best understand how we will operate up there, and key to me for that is how we operate with our partners,” Harrigian said.

Specifically, Harrigian highlighted working alongside Sweden, Finland, and Norway “to best leverage what they’ve been doing for years to support operations up there.”

To that end, the Air Force on June 18 sent two B-2s from Whiteman Air Force Base, Mo., on the “long duration strategic bomber mission” north of the Arctic Circle, according to a USAFE release. The bombers, supported by KC-135s out of RAF Mildenhall, England, flew with Norwegian F-35s.

“Our reliance on [these nations] and the interaction, as demonstrated by our visit up there to learn from our partners, is really going to be key to our success,” Harrigian said. “So as we learn from them, that also supports our broader Air Force understanding of the environment up there.”

Additionally, working with Norwegian F-35s—along with the other nations currently flying the Joint Strike Fighter—is helping USAFE lay the groundwork for when it starts basing the jets at Lakenheath, Harrigian said.

“That interoperability and sharing of F-35 tactics, techniques, and procedures has been ongoing while we’ve continued our buildout over at RAF Lakenheath,” he said.