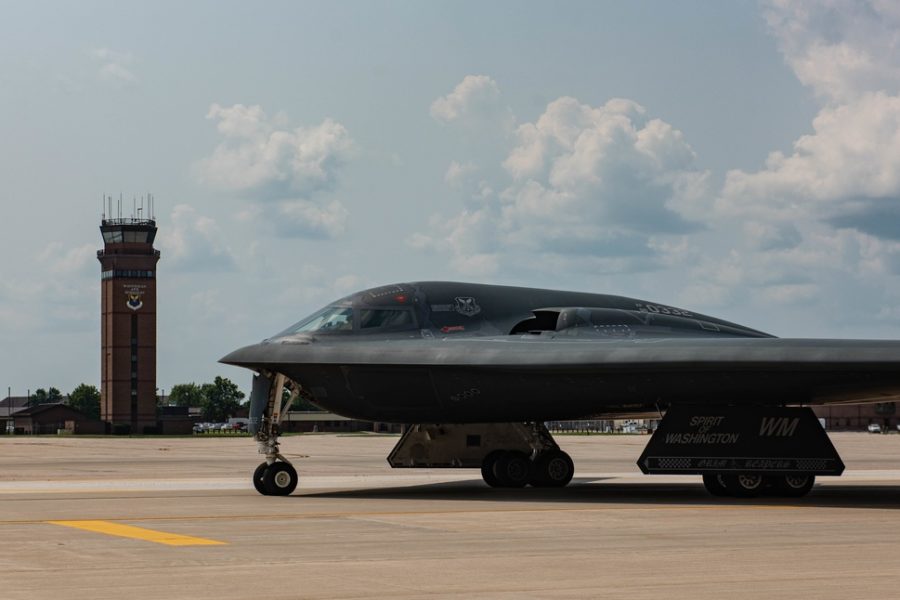 B-2 Crashes at Whiteman; No Injuries, But Status of Operations Withheld

A B-2 bomber is lying damaged on the side of the runway at Whiteman Air Force Base, Mo., after a crash early Sep. 14. Air Force Global Strike Command is withholding information about the condition of the aircraft and the operational status of Whiteman’s sole runway, but no one was injured in the mishap.

The unidentified aircraft—most of the 20 B-2s are named for a state—“experienced an inflight malfunction during a routine training mission” at about 12:30 a.m. local time, an AFGSC spokeswoman said. It was damaged on the runway “after an emergency landing,” she said. There were no personnel injuries and no fire as a result of the accident, and no munitions were aboard the aircraft, she said. Further details will be provided after an investigation.

AFGSC issued a notice to Airmen (NOTAM) shortly after the accident to keep at least six miles away from the base. The initial notice said the airspace would be restricted through Sept. 17. The reason for the NOTAM was given as “to provide a safe environment for accident investigation.”

The command declined to answer questions about whether Whiteman’s runway is operational or whether B-2s are continuing to operate while the crash is being investigated and the aircraft recovered. Whiteman is home to all 20 of the Air Force’s B-2 Spirit stealth bombers, although typically a handful are away from the base on deployment or detached to Edwards Air Force Base, Calif., for testing.

The accident marks the third major mishap for the B-2 since it began operational service in 1991. One (“Spirit of Kansas”) crashed and burned during a takeoff from Guam in 2008 and was a total loss. A second (“Spirit of Kitty Hawk”) was badly damaged in a 2010 fire, also at Guam. However, that aircraft was partially repaired, flown back to the continental U.S., and received a four-year restoration before returning to service.

Satellite photos of the Sept. 14 mishap, circulated online, show the aircraft having departed the runway but remaining apparently intact, possibly having dug into the ground with one wing. Heavy contact between the flying wing bomber and the runway or the ground would likely involve serious damage to its exquisitely contoured, low-observable surfaces and treatments.

AFGSC could not say how long the accident investigation will take, and it is too soon to say whether the jet can be repaired and returned to service.