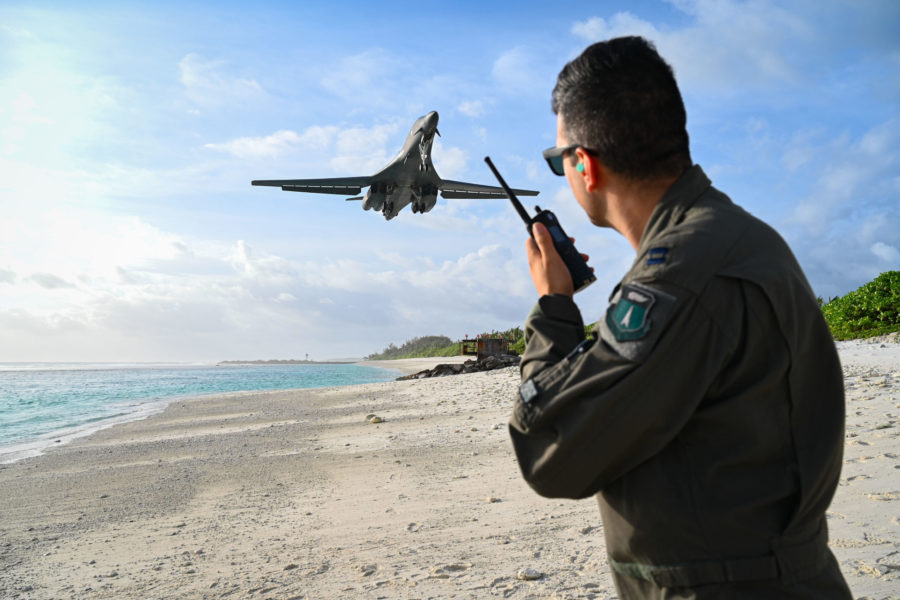 B-1 bombers operated out of Naval Support Facility Diego Garcia for the first time in more than 15 years recently as part of Pacific Air Forces’ bomber task force missions.

The B-1B Lancers, along with about 200 Airmen from the 28th Bomb Wing at Ellsworth Air Force Base, S.D., landed on the small island in the Indian Ocean on Oct. 17, the Air Force announced in a press release.

“Global B-1 operations not only provide strategic deterrence to our nation’s adversaries, but also strong, palpable assurance to our allies,” Lt. Col. Ross Hobbs, 37th Bomb Squadron director of operations, said in a statement. “It’s been over 15 years since B-1s have operated out of this location and the 37th Bomb Squadron is beyond proud to be back. We are extremely grateful for the opportunity and well prepared to meet our nation’s call.”

Diego Garcia is part of the British Indian Ocean Territory and the Chagos Archipelago. Along with Andersen Air Force Base in Guam, it marks a key strategic base for military operations in the Indo-Pacific region. The Air Force, in particular, has used the island as a base to send bombers into the U.S. Central Command area of operations.

The Air Force introduced bomber task forces in 2020 as an alternative to continuous bomber presences outside the continental U.S. Since then, B-1s, B-2s, and B-52s have all deployed to the Indo-Pacific at different times, often integrating with allies and partners or participating in exercises.

“Bomber Task Force missions, in support of INDOPACOM’s operational and strategic objectives, are extremely valuable to our aircrew because of the multi-country integration opportunities,” Hobbs said. “They also give us the opportunity to showcase the unmatched range, speed, and lethality of the B-1.”

B-2s last deployed to Diego Garcia in August 2020, while B-52s operated from there in January 2020 during a period of increased tension with Iran.

Elsewhere across the globe, B-1s from 9th Expeditionary Bomb Squadron of Dyess Air Force Base, Texas, are deployed to RAF Fairford, England, as part of a bomber task force for U.S. Air Forces in Europe.