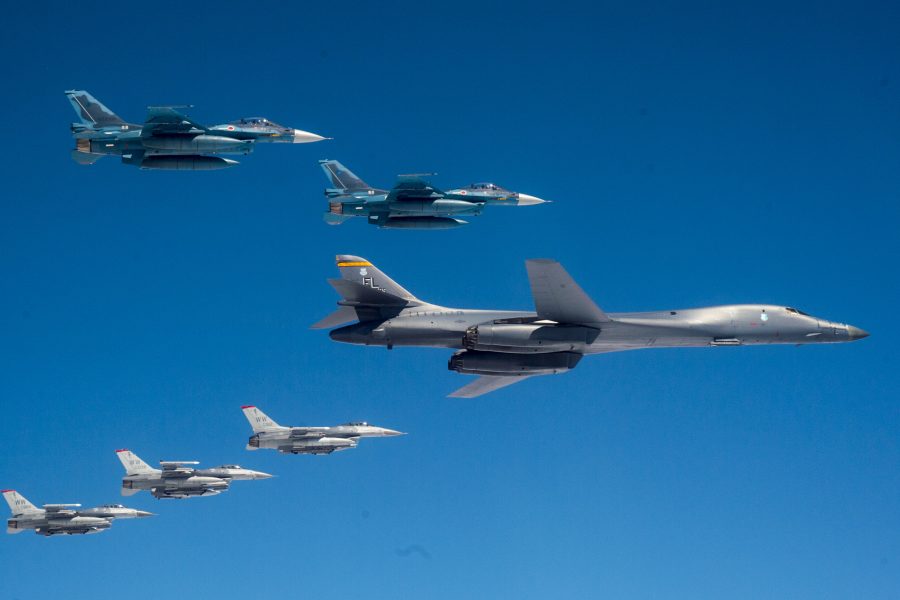 A B-1B Lancer flew a 30-hour flight to train alongside USAF and Japanese fighters on April 22, the first bomber sortie in the Pacific since the Air Force ended the continuous bomber presence mission on April 17.

The B-1, from Ellsworth Air Force Base, S.D., linked up with six USAF F-16s, seven Japan Air Self-Defense Force F-2s, and eight JASDF F-15s over the Draughon Range near Misawa Air Base before returning home. The mission was a joint U.S. Indo-Pacific Command and U.S. Strategic Command bomber task force mission.

“This operation showcases our unwavering commitment to the security and stability of the Indo-Pacific region through the employment of strategic forces from around the globe,” Pacific Air Forces boss Gen. C.Q. Brown said in a release. “From confronting invisible threats of a global pandemic to addressing military aggression and coercive activities, we remain a lethal, innovative, and interoperable force focused on a shared vision of upholding a free and open lndo-Pacific.”

The April 22 flight marks the first time a B-1 has been in the Pacific since January 2018, when it was last deployed to Andersen for a CBP rotation. The Air Force said the move toward “dynamic force employment,” shorter, smaller movements of bombers, will make the U.S. military “strategically predictable, and operationally unpredictable” in the region.

The B-1 flight was the second training mission this year where USAF bombers flew alongside Japanese fighters. On Feb. 3, a B-52 from Andersen Air Force Base, Guam, and one from Minot Air Force Base, N.D., flew with six USAF F-16s and more than 45 JASDF aircraft.