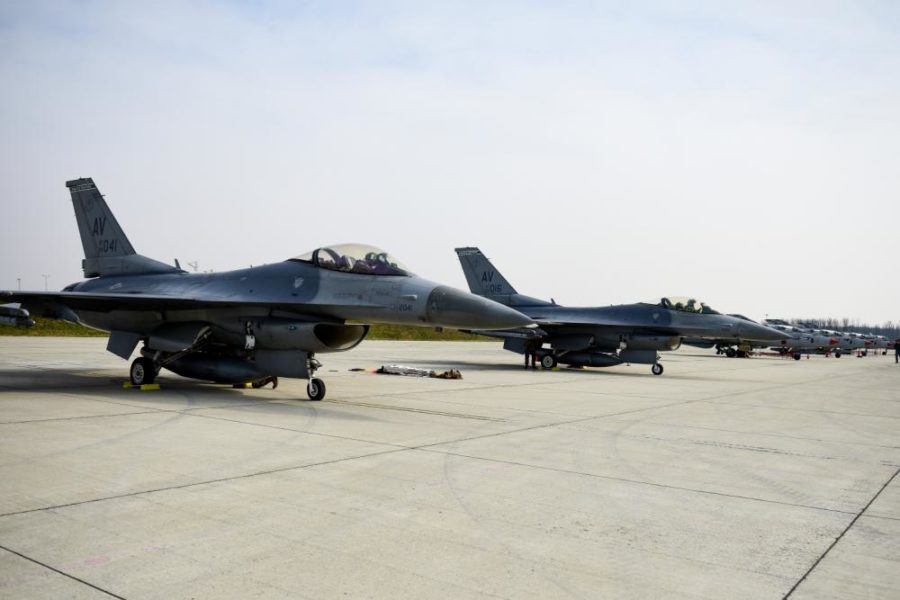 A pair of F-16s deployed from Aviano Air Base, Italy, to Croatia on March 16, taking part in agile combat employment exercises and bolstering NATO’s southeastern flank, the Air Force announced.

The F-16 fighters’ arrival comes just a few days after a military drone crashed in the Croatian capital of Zagreb amid nearby war between Russia and Ukraine. Croatian officials say the drone had a bomb, but they have not determined whether it was Russian or Ukrainian. The incident has led Croatian leaders to criticize NATO for a perceived slow response.

On March 15, Newsweek reported that Croatian Prime Minister Andrej Plenković said in a press conference that the U.S. would send the F-16s to “give support of Croatia’s security.”

A subsequent press release from U.S. Air Forces in Europe stated that the fighters would deploy to Croatia’s 91st Air Base at Pleso, just outside the capital.

“Our enduring alliances and partnerships throughout the European and African theaters have enabled our multi-capable Airmen to execute our mission as a dynamic coalition force,” Gen. Jeffrey L. Harrigian, USAFE-Air Forces Africa commander, said in a statement. “Directing our strategic capabilities from any number of forward locations builds a resilient force, ready to pivot and counter aggression anywhere at a moment’s notice.”

This marks just the latest deployment of fighters to Eastern Europe. In the lead-up to Russia’s invasion of Ukraine, F-16s deployed to Romania, F-15s went to Poland, and F-35s landed in Germany. As the invasion first unfolded, F-35s from Germany were deployed to NATO’s eastern flank, including Romania. A B-52 also deployed to the region around the same time, as part of what USAFE called a “long-planned Bomber Task Force Europe mission over the Arctic and Baltic Sea regions.”

While President Joe Biden has repeatedly said the U.S. will not deploy forces into Ukraine to help them resist the Russian invasion, he has pledged to defend “every inch” of NATO territory. Croatia became a full NATO member in 2009. A U.S. Air Force F-16C Fighting Falcon pilot assigned to the 555th Fighter Squadron from the 31st Fighter Wing, Aviano Air Base, Italy, taxis out to the flight line at Croatia’s 91st Air Base at Pleso, March 17, 2022. The 31st FW will execute routine Agile Combat Employment operations with Croatian Allies. Missions such as these enhance the readiness necessary to respond to any potential challenge in Southeast Europe. U.S. Air Force photo by Tech. Sgt. Miquel Jordan A U.S. Air Force F-16C Fighting Falcon pilot assigned to the 555th Fighter Squadron from the 31st Fighter Wing, Aviano Air Base, Italy, takes flight during Agile Combat Operations at Croatia’s 91st Air Base at Pleso, March 17, 2022. The intent of ACE is to execute the ability to employ multi-capable equipment and military personnel to forward locations and at those locations, continue to provide combat capability alongside our NATO partners. U.S. Air Force photo by Tech. Sgt. Miquel Jordan A U.S. Air Force F-16C Fighting Falcon pilot assigned to the 555th Fighter Squadron from the 31st Fighter Wing, Aviano Air Base, Italy, takes flight during Agile Combat Operations at Croatia’s 91st Air Base at Pleso, March 17, 2022. The intent of ACE is to execute the ability to employ multi-capable equipment and military personnel to forward locations and at those locations, continue to provide combat capability alongside our NATO partners.
Air
Expand Comments