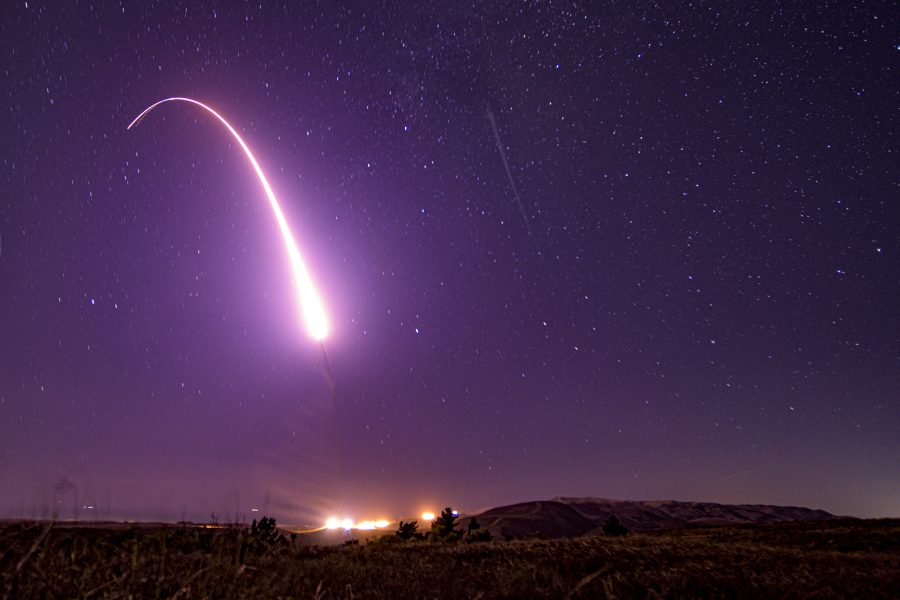 The Ground-Based Strategic Deterrent, nuclear missiles that will replace the Minuteman III, would receive $552.4 million for development under the draft joint 2020 defense policy bill released Dec. 9. Lawmakers docked $40 million of the program’s requested funding but also offered about $22 million for nuclear command, control, and communications research and development.

The House Armed Services Committee chairman’s version of the bill previously proposed cutting GBSD funding from $570.4 million to $489.4 million in 2020.

GBSD saw an unexpected twist over the summer when Boeing, which manufactures the current land-based nukes, announced plans to drop its bid for the replacement and leave Northrop Grumman as the sole prospective contractor.

House Armed Services Committee Chairman Rep. Adam Smith (D-Wash.), a proponent of downsizing the intercontinental ballistic missile fleet, raised concerns that Boeing’s departure would cause problems in the multibillion-dollar program and said he would try to address it in legislation.

“If the Air Force receives only one bid for the engineering and manufacturing development phase of the GBSD program,” legislative documents accompanying the bill said, the Air Force must send Congress a report within 60 days of contract award on its “plans to mitigate any risks or costs resulting from the submission of a single bid.”

“The conferees encourage the Secretary of Defense to continue to consider the long-term health and viability of the industrial base when structuring and awarding major procurement or development contracts,” authorizers said.

Lawmakers also included a provision stopping the Defense Department from having fewer ICBMs at the ready unless they are undergoing maintenance, and they continued to block DOD from developing a traveling version of GBSD that could be launched from the road.

While keeping GBSD on track is a win for the Air Force, nonproliferation advocates are disappointed in the outcome.

“The Minuteman III can be sustained beyond the missile’s expected retirement in the 2030 time frame. Pursuing this approach would defer a decision on whether to build a $100 billion-plus new missile system, freeing up billions to spend on other, higher priority Pentagon modernization programs,” Kingston Reif, director of disarmament and threat reduction policy at the Arms Control Association, said. “Doing so would still allow the ICBM force to provide the purported deterrent benefits that it provides today.”

For the Long-Range Standoff Weapon, the Air Force’s new plane-launched nuclear missile, authorizers offered the full $712.5 million for research and development. Lockheed Martin and Raytheon are competing to provide the missile.

The bill repealed a requirement for the Air Force to create a conventional LRSO variant, which the service says it doesn’t need because it already has the extended-range Joint Air-to-Surface Standoff Missile. Congress also wants to hear from Pentagon acquisition chief Ellen Lord on the possibility of adding common aspects to the LRSO and the Navy’s new sea-launched cruise missile.

Northrop Grumman’s B-21 bomber would receive more than $3 billion in fiscal 2020 for development as requested. Lawmakers also want a series of reports on how the Pentagon plans to lay out the network of nuclear command, control, and communications technologies that will connect the B-21, nuclear missiles, and other assets to national decision-makers.

The House passed the compromise version of the National Defense Authorization Act Dec. 11; the Senate must still adopt it, and both chambers also need to agree on a 2020 spending bill.