A B-1 from Ellsworth AFB, S.D., prepares to take on fuel from a KC-135 out of Al Udeid AB, Qatar, during its deployment to the area in October 2019. The surprise arrival demonstrated that the Bones still can deploy in rapid fashion. Photo: MSgt. Joshua DeMotts
Photo Caption & Credits
Share Article

The Bone is Back

When four B-1 bombers launched into a sunny October sky at Ellsworth AFB, S.D., last fall, they were on a mission to send a message—or maybe two.

Bomber crews had been preparing for their roles in Exercise Global Thunder, US Strategic Command’s largest exercise, when new orders arrived. Instead of attacking exercise targets in the US and Europe, they headed east to the Persian Gulf, the physical embodiment of a message to Iran: Don’t mess with the US. The other message was to the rest of the Air Force, and perhaps the world: The Bone is back.

US Central Command had seen increased threats from Iran all year, including its downing of a US Navy RQ-4 Broad Area Maritime Surveillance drone in the Strait of Hormuz in June. By October, without any bombers in theater, Air Forces Central Command wanted to send a message, and Gen. Timothy M. Ray, commander of Air Force Global Strike Command, wanted to make a point.

Throughout most of 2019, the B-1B Lancer fleet’s troubles were well-known. After 18 years of continuous deployments to the Central Command area of operations, B-1s had limped home in need of major repairs. For months, maintainers painstakingly tended to a long list of required fixes. So by October, Ray thought the B-1s could deliver a surprise message with an unexpected, long-range deployment.

“They needed to show a little bit of something different in CENTCOM because of Iran,” Ray said. “The B-1 wasn’t being considered for a lot of obvious reasons. But I saw an opportunity. …

“It was the right, unpredictable message,” Ray continued. “The Iranians and everyone else didn’t see coming. … It showed we can get bombers anywhere we want to and play in a different way.” 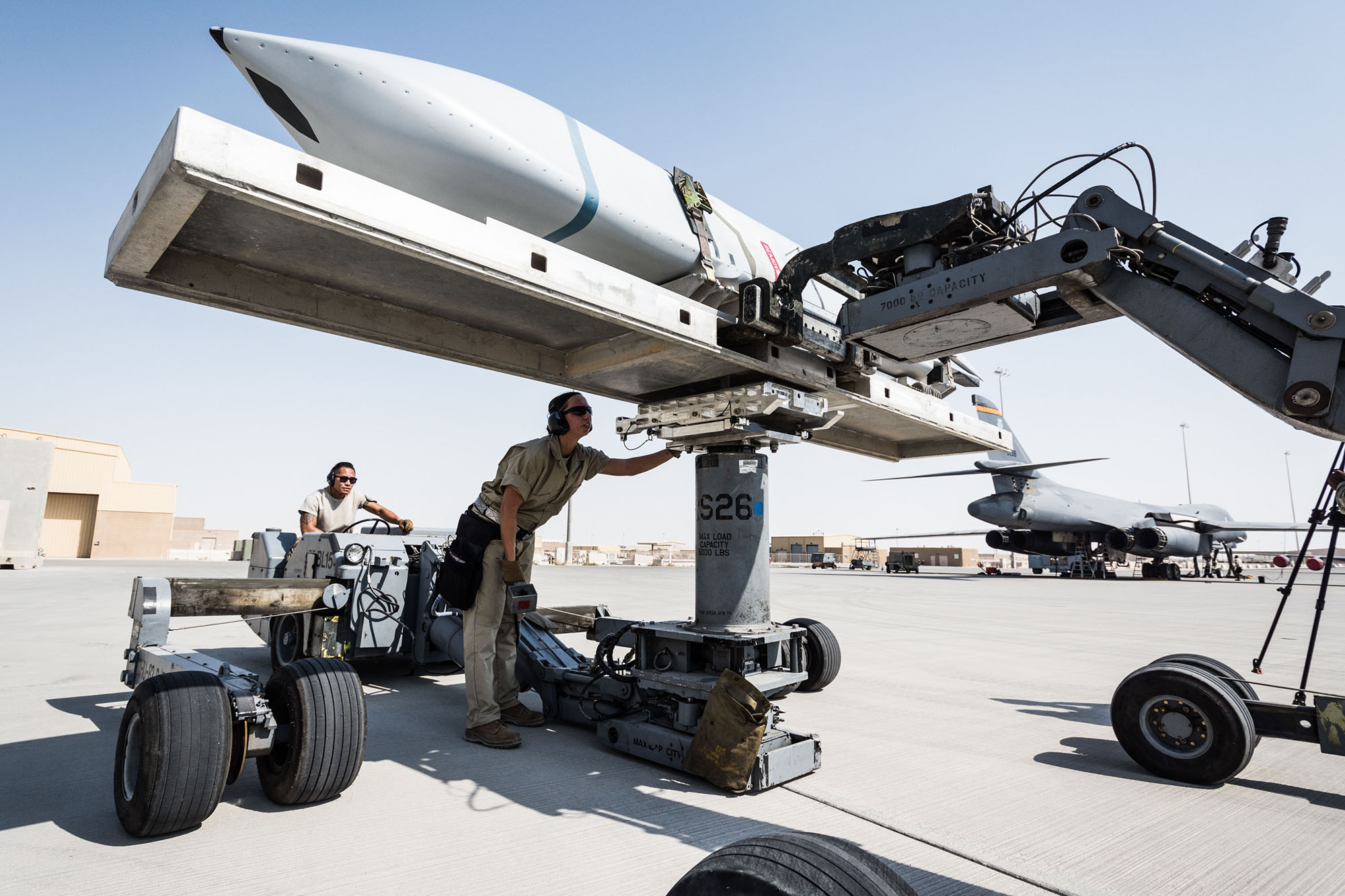 While Ellsworth and other Global Strike bases were getting ready for Global Thunder, the four B-1 crews launched from South Dakota. They linked up with a KC-10 operating out of JB McGuire-Dix-Lakehurst, N.J., tanked up, and headed out over the Atlantic. They took on more fuel from two KC-135s from RAF Mildenhall, UK, then crossed Europe. Soon, approaching the Middle East, they gassed up from two more KC-135s operating from a CENTCOM base.

Just 51 hours after the initial call from AFCENT, the four B-1s landed at Prince Sultan AB, Saudi Arabia, their arrival prompting photographs and news coverage broadcasting just the message AFCENT had hoped for.

The flight was “completely out of the blue,” Ray said. “So, I think what it shows is that we don’t need to park bombers in-theater full time. We can get there. I know I have the [combined forces air component commander’s] confidence that if he needs me, I’ll be there in nothing flat.” 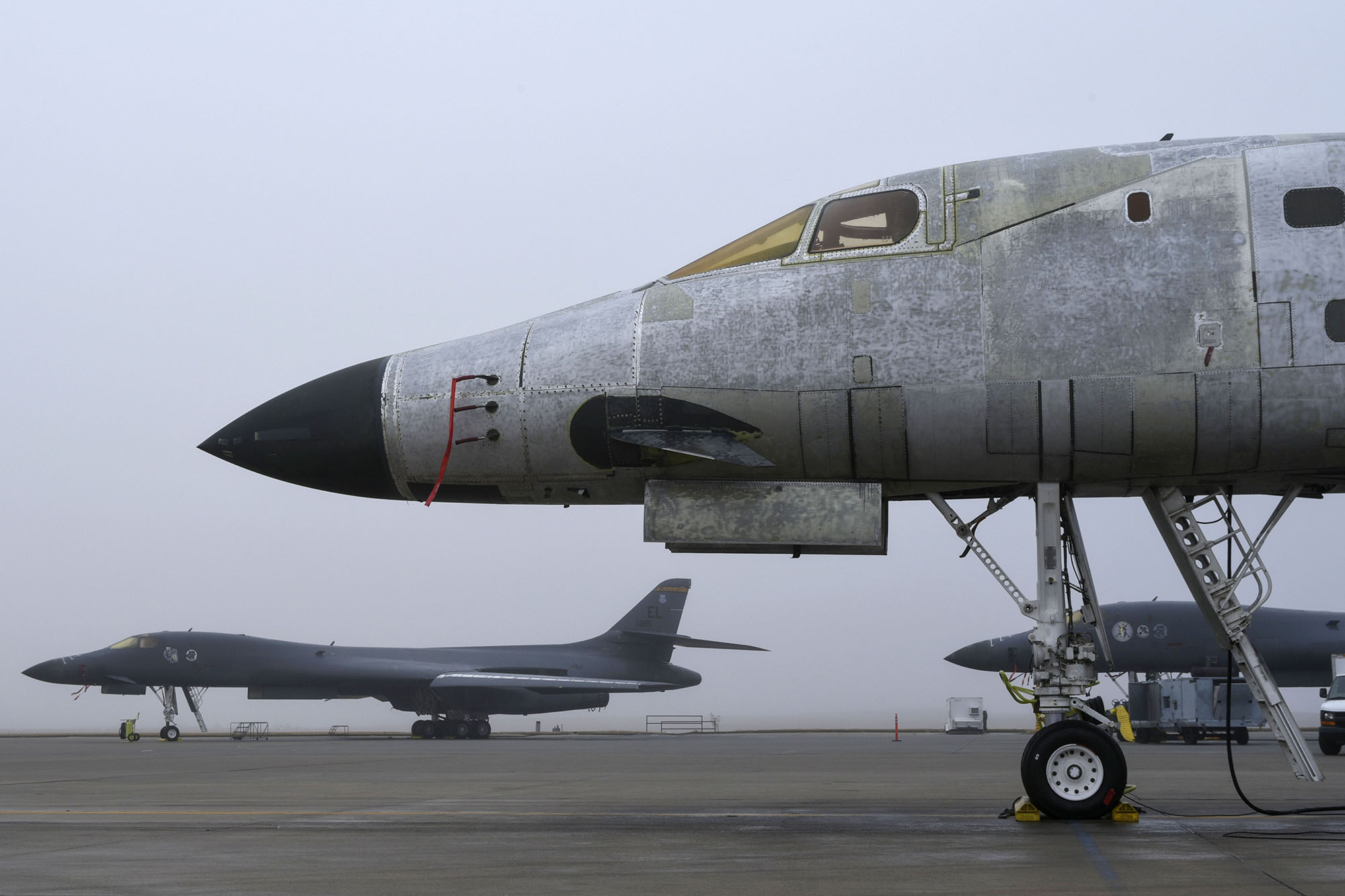 Worn to the Bone

Just months earlier it wouldn’t have seemed possible. After years of constant combat operations in the Middle East, and two high-profile groundings in 2018 and 2019, the B-1 community was exhausted and licking its wounds.

When B-1s returned home to Dyess AFB, Texas, from Al Udeid AB, Qatar, after a deployment in March, they had much to be proud of: Over six months, the Lancers flew 4,471 hours over 390 sorties, launching 920 airstrikes in that time. It was just the second time B-1s had returned from the region; the last was when the Lancers came home in 2016 for upgrades.
Extended combat operations took a heavy toll on the bombers. With their powerful engines and swept-wing design, B-1s were designed to fly at supersonic speeds at low-altitude for strategic bombing runs. But in the Middle East, the B-1s flew high and slowly, with their wings forward and loaded up with heavy bombs, on call for close air support missions in Iraq and Afghanistan.

Air Force Chief of Staff Gen. David L. Goldfein acknowledges the toll this mission took. As the combined forces air component commander in the region from 2011 to 2013, he called on B-1s flying from Al Udeid to northern Afghanistan, where the mission required them to loiter with tanker support while standing by for strikes. He even flew on one such mission himself on Christmas Day.

“You think it wouldn’t be a demanding environment,” Goldfein said. “But it turns out it puts stresses on the airplane you don’t anticipate. … Now we’re having to pay the piper.”

Inspectors at Dyess found 1,400 discrepancies as they combed over the aftermath of that last deployment, and in June, the House Armed Services Committee divulged that the mission capable rate of the B-1 fleet had dropped into the single digits.

For those in the know, it was no surprise. In May 2018, a B-1 from Dyess experienced an in-flight emergency during a training mission. When the crew attempted to eject, the first ejection seat failed, forcing the crew to try to land the bomber instead. The crew members were ultimately awarded Distinguished Flying Crosses for successfully landing the aircraft, and the rest of the B-1 fleet was grounded while inspectors checked all of the fleet’s ejector seats.

Less than a year later, the fleet was grounded for four weeks when flaws were detected in the drogue chute system. 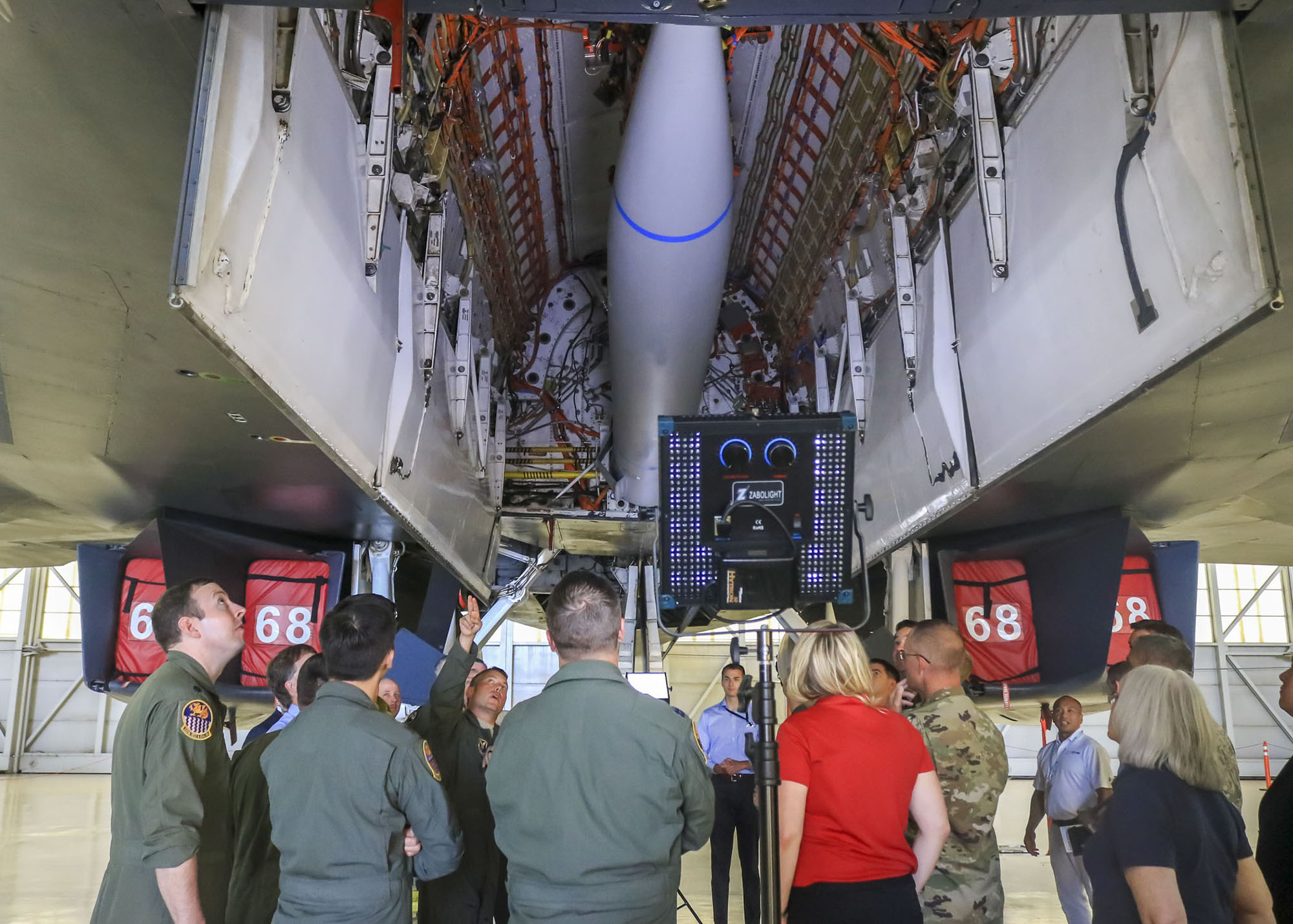 The return from combat, and downtime at the two B-1 bases, prompted AFGSC to evaluate its processes and work urgently to address shortfalls. This included a new focus on fleet management, increasing maintenance resources with help from Boeing, methodically working through large numbers of time-compliant technical orders, and fixing the problems with the egress systems.

At Tinker AFB, Okla., the Air Force stood up a dedicated B-1 Structures Repair Line to address damage identified during individual inspections by the B-1 Systems Program Office. The first B-1 arrived in October and completed the refurbishment in December.

“We know by tail number which parts of the aircraft have excess fatigue or corrosion that could cause mishaps later on,” Col. Gregory Lowe, commander of the 76th Aircraft Maintenance Group, said in a news release.

The first phase of the repair work focused on completing seven urgent tasks for each of 10 aircraft with high flying- hour requirements when compared to the rest of the B-1 fleet. The line allows for a fly-in, fly-out repair process with 5,000 man-hours invested in each B-1, according to Tinker. Two shifts of aircraft technicians use sheet metal on the first phase. The second phase on the line begins in April, with 14,000 hours of repair planned for each plane. More than 100 new hires have started at Tinker.

By September, the number of discrepancies at Dyess was down to 200. In November, Ellsworth had its first “normal” flying month in about a year; Dyess expected to follow suit in December.

In December, this included “deploying” two bombers from the 9th Bomb Squadron for a “bomber agile combat employment” exercise. They took off from Dyess and deployed to NAS JRB Fort Worth, Texas, where C-130s from Dyess and Little Rock AFB, Ark., met them with support equipment.

Ray said he expects his B-1 fleet to continue to improve and to be able to take on real task force deployments within the next year. In the meantime, B-52s will maintain the continuous bomber presence at Andersen AFB, Guam; B-1s will return as a task force eventually, but no schedule has been set, said Brig. Gen. Gentry W. Boswell, commander of the 36th Wing at Andersen.

For the long-term, however, B-1s will likely have to change how they operate to stay relevant. Structural damage to some jets is so severe it may not be cost-effective to fix them. For others, it could mean reducing low-altitude, terrain-following capability to avoid additional stress.

Those aircraft that survive will be used differently than in the past, Ray said. He envisions using B-1s as fast-response bombers, much like the October rapid deployment to the Middle East, and to be “roving linebackers” in the Atlantic or Pacific—covering large geographical areas by virtue of their supersonic speeds.

Having asked air component commanders across the globe what they needed most, Ray anticipates delivering on requirements for all.

“I think you’ll see us come back with a balanced approach for the bomber resource needed by the air components,” Ray said.

Since the beginning of the B-1’s life, from its original cancelation in the 1970s to moving to a conventional-only role in the 1990s, it has faced challenges and bounced back. Ray said this will continue through its current readiness challenge and last until its planned retirement in the mid-2030s.

That is, if the B-1s stay around that long. Air Force leaders have hinted that the 2021 budget request could seek an earlier retirement date for the B-1s, though critics of that plan have pushed back hard, saying the reason those airplanes are so worn out is because of how useful they are—and how much in demand.

Ray acknowledges that, praising the resilience of the B-1 crews and maintainers.

“That’s a community,” he said. “Those are people who have been voted off the island so many times. There is no quit in those people.”