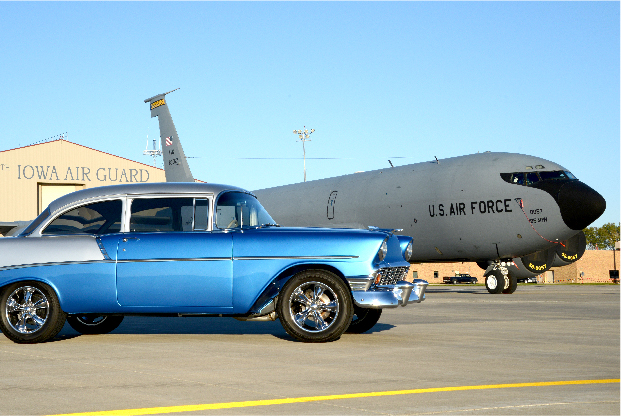 This spring, Air Mobility Command’s tankers and airlifters were busy supplying everything from beans to bullets, moving passengers and patients, and supplying fuel to aircraft flying combat missions worldwide. This is no surprise. Mobility has been in surge mode since at least 1990.

Wartime operations atop nonstop steady-state requirements will grind down the force if there are not enough pilots, maintainers, healthy airframes, or training opportunities to keep up the pace. This is the bind AMC finds itself in today.

The command’s expeditionary airmen are deployed to 77 locations around the world—building and sustaining airfields, supporting flying operations, and assisting local governments and suffering populations. Some of the 23 nations AMC’s expeditionary airmen have recently operated in include Iraq, Afghanistan, and Syria.

A remote airfield in northern Syria was built up from just a flat spot on the ground late last year. By the end of February, it had already hosted more than 150 C-17 and C-130 missions, according to US Air Forces Central Command (AFCENT).

These mobility flights provide US special operations forces and allied Syrian rebels the supplies and ammunition needed for attacks on ISIS strongholds deep inside Syria, AFCENT Deputy Commander Maj. Gen. Jay B. Silveria said at AFA’s Air Warfare Symposium in March. Without this base it would be “much more difficult to get [supplies] into Syria,” Silveria noted.

Overhead, AMC tankers are flying more than 40 percent of the sorties in the war against ISIS. They allow the Air Force, other military services, and international aircraft to survey the battlefield and press their attacks. Many of the same KC-135s that once flew over Vietnam now refuel coalition aircraft (one every five minutes) over the Middle East.

Meanwhile, a hemisphere away, AMC crews quickly responded to deadly flooding and landslides in Peru that killed more than 100 and left 150,000 people homeless. In April, two C-130Js and 25 airmen from Little Rock AFB, Ark., delivered urgently needed relief supplies to the devastated area.

In the aggregate, an AMC aircraft takes off for a mission once every 2.8 minutes, around the clock, every day. The command does this with far fewer airmen than it had in 1990, 2001, or even 2011—with an aircraft inventory that is getting ever smaller and older.

USAF is “too small for what the nation expects of it,” Air Force Secretary nominee Heather A. Wilson told lawmakers at her confirmation hearing in March. “I think we sometimes take for granted American dominance in air and space power.”

The nation should not take anything for granted when the airmen operating and supporting today’s KC-135 and KC-10 tankers typically perform their missions in aircraft older than they are. The Stratotanker’s first flight was in 1956 and the fleet averages 55 years old.

This fleet is being run ragged and is only sustained through careful planning and airmen’s perseverance and sweat.

In other words, for four straight years, USAF’s tankers flew about twice as many hours as expected. “The demand on Air Mobility Command is excessive,” Everhart stated, “and I don’t see that stopping.”

The question is: How long can USAF keep this up? Hopefully for a long time, because under current plans those geriatric KC-135s will, shockingly, be nearly 100 years old before the last of them is replaced under a three-phase modernization program.

Phase one, the nascent KC-46 program, will deliver 179 aircraft. That acquisition then needs to be followed by two additional tanker recapitalization programs.

The notion of airmen someday flying century-old tankers into war would be comical if it were not so frightening, but this will have to be addressed in stages. First things first: The Air Force and Boeing need to quickly work out the kinks in the KC-46 program, get deliveries up to speed, and hopefully accelerate or increase purchases in the future.

No other nation has air mobility comparable to the United States. Allies have “always relied on us, and they’ll continue to rely on us,” Everhart said.

Mobility capability allows America to be a global leader—able to deliver aid or lead a fight, anywhere on Earth, on short notice. Don’t take that for granted.