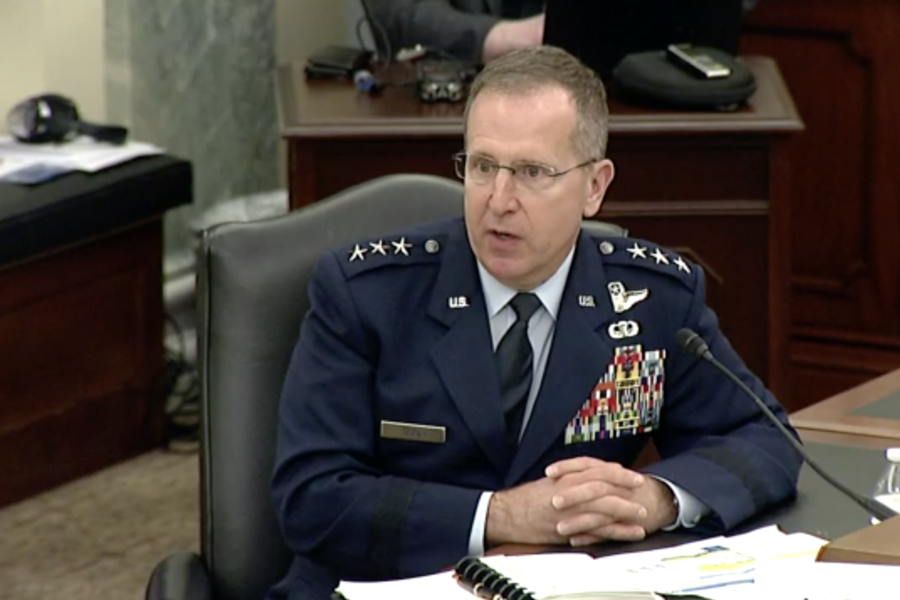 Testifying to the Senate Armed Services emerging threats and capabilities subcommittee, Lt. Gen. James C. “Jim” Slife said the timeframe on the decision was within “months.”

“All the back and forth with industry [is done]; the proposals have been received; all the questions have been answered; and the source selection team is going through their deliberations and is going to make a recommendation to the milestone decision authority at SOCOM here in the coming weeks,” Slife told Sen. Mark Kelly (D-Ariz.) “And then a contract will probably be awarded prior to the end of the summer.”

SOCOM wants to buy 75 light aircraft as part of the Armed Overwatch program to deploy in support of ground forces for “close air support, precision strike, and SOF intelligence, surveillance, and reconnaissance in austere and permissive environments,” according to a SOCOM contract document.

Slife had previously predicted in February 2021 that a procurement decision would come as soon as fiscal 2022, and the timeline he articulated to Congress would stay just within that window, as fiscal 2022 ends Sept. 30.

The decision on Armed Overwatch would also come a little more than a year after SOCOM awarded a total of $19.2 million to five companies for prototype demonstrations for the program.

Congress, however, has expressed skepticism about the Armed Overwatch program in the past, questioning the need for it and refusing to fund procurement in the fiscal 2021 National Defense Authorization Act. Kelly seemed to address some of that skepticism in questioning Slife, asking him to explain why the program would be more “affordable and effective” than existing aircraft it would likely replace, such as the A-10 and the MQ-9 drone.

Slife pointed to the versatility of the platform.

“Our methodology for supporting our forces on the ground over the last several decades has really boiled down to the development of what we call an “air stack” over objective areas. And so you’ll typically have single-role specialized platforms—AC-130s, A-10s, MQ-9s, U-28s—you have a stack of airplanes over an objective, each platform providing a niche capability to the force on the ground. That averages, in terms of cost per flying hour, over $150,000 an hour … to generate kind of the typical stack for that,” Slife said.

By comparison, Armed Overwatch’s cost per flying hour will be “something less than $10,000,” representing savings of 93.3 percent, Slife said.

And, “It allows us to push those platforms further forward into more austere areas where they can operate co-located with the ground teams that they’re partnered with,” Slife added.

Kelly pushed further, asking Slife how the Armed Overwatch platform would compare to an aircraft such as the AC-130J gunship.

“Clearly there will be missions that require more deep magazine fire support than what an Armed Overwatch platform might have,” Slife acknowledged. “But the idea of the Armed Overwatch platform is [that] it’s a modular capability and so you can outfit the aircraft with a robust suite of sensors that will exceed what is available with most dedicated ISR platforms today. Or you can outfit the platform with a robust suite of precision munitions.

“It really depends on the mission, and so clearly, the Armed Overwatch platform is not a panacea for every tactical situation that a ground force might find themselves in. But for what we envision the enduring counter-[violent extremist organization] mission looking like, we think it’s a prudent investment.”