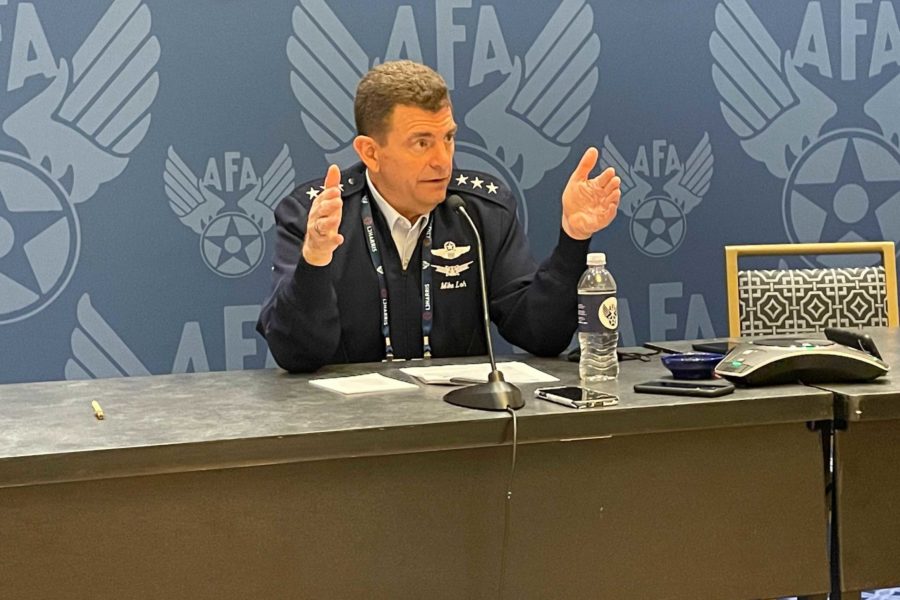 While a congressional debate brews about the future of a potential Space National Guard, the officer who currently oversees the National Guard’s space units is living in a little bit of limbo.

Lt. Gen. Michael A. Loh, Air National Guard director, is on the record as supporting a separate Guard component for the Space Force, which was established in December 2019 with no Guard or Reserve. Back in February 2020, when he was the adjutant general for the Colorado National Guard, Loh said he couldn’t see “how we have a Space Force without a Space Guard.”

Since then, other military leaders have expressed a preference for a Space National Guard and developed plans for one. But the issue was thrown into doubt when Congress started debating the 2022 National Defense Authorization Act. The Senate Armed Services Committee approved its markup of the bill, which would simply change the name of the Air National Guard to the Air and Space National Guard. The House Armed Services Committee, meanwhile, adopted an amendment establishing an entirely new Guard. Both bills have yet to be approved by the full chambers, but presuming they are, negotiators will have to resolve the issue in conference.

Then, on Sept. 21, the White House’s Office of Management and Budget released its statement of administration policy on the NDAA, in which it said it “strongly opposes” the creation of a separate Space National Guard, saying the new component would create unnecessary bureaucracy and increase costs by up to $500 million annually.

With those political entities all wrangling, Loh, speaking at AFA’s Air, Space & Cyber Conference on Sept. 22, said he’s stepping back from the issue.

“I am awaiting somebody else’s decision. It’s above me,” said Loh. “We’ll see what happens as those three groups get together and decide if they’ll create a Space National Guard.”

Loh did, however, take issue with the notion that a new Guard would create more bureaucracy. At the moment, he said, the Air National Guard’s units with space missions have Air Force Speciality Codes that no longer exist, because those jobs have been transitioned over to the Space Force. With no direct connection to Active-duty units that share their missions, problems arise.

“There are some gaps that have occurred because of this,” Loh said. “It’s training, it’s exercises, … and the workaround, quite frankly, is actually establishing a bigger bureaucracy.