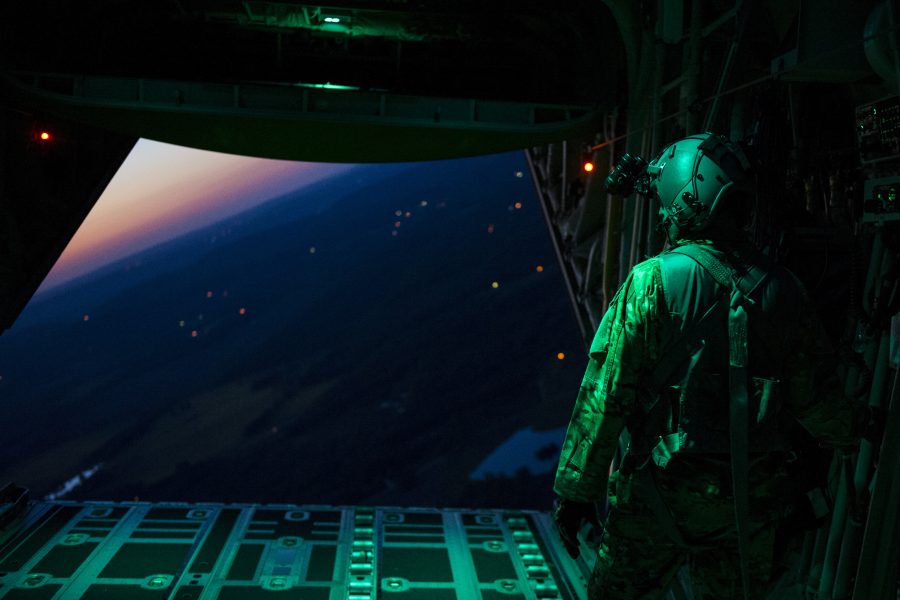 Airman Missing After Falling from C-130 Near Hurlburt Field

A special tactics airman is still missing after falling from a C-130 into the Gulf of Mexico during a Nov. 5 training exercise.

Dozens of USAF aircraft are searching the waters south of Hurlburt Field, Fla., along with Coast Guard, US Army, and local emergency personnel, according to a Nov. 6 release. The airman, whose name has not been released, was participating in a static-line jump as part of a training event when he exited the aircraft about four miles south of Hurlburt, according to the wing.

“Search and recovery crews were immediately called to aid in locating the airman from the 24th Special Operations Wing at Hurlburt Field at approximately 11:30 a.m. Tuesday,” the release states.

Aircraft and ships are searching a 700-square-mile area off the coast between Destin and Fort Walton Beach. Units participating in the search include: